The Big Five personality traits: What the five dimensions mean for you 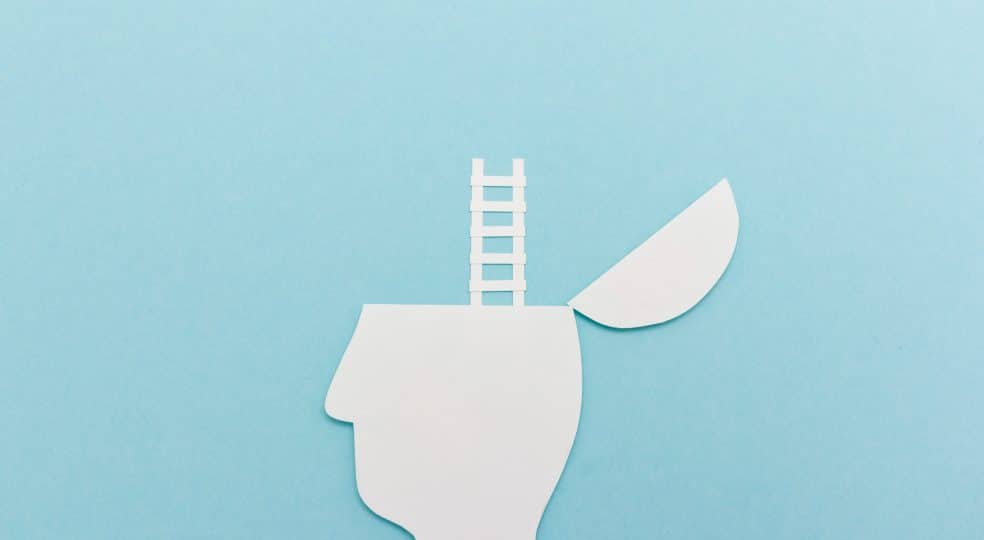 The Big Five personality traits or the OCEAN model called, try to describe the character traits of a person with only five adjectives. The American psychologists Paul Costa and Robert McCrae were able to prove that exactly this is possible. Because no matter what methods are used: The characteristics of people can be summed up with these five adjectives - and all over the world.

Using the Big Five personality traits, the individual character of a person can be depicted in a profile. Find out here which five factors these are and what they mean for you and your personal development!

What are the Big Five personality traits?

The Five Factors have had a long history of development. In the early 1930s, researchers collected all the terms that were related to human personality. With the help of factor analysis, these terms were further and further reduced and summarized, so that finally from more than 18000 words remained five basic characteristics.

To the Big Five Model according to the human character is composed of the following five dimensions:

At first, it may seem a bit strange that the complex human character should be reduced to just five dimensions. But the individual factors encompass several aspects and the different expressions on the individual characteristics mean that very many different profiles are possible. On the basis of these profiles, it is possible to read within a certain framework how a person will react in a certain situation and how he perceives it.

Each of the Big Five personality traits should be viewed as a continuum: You are not either conscientious or not. Rather, you are somewhere on a scale with a low, medium or high level of expression. Research assumes that the individual dimensions are normally distributed in the population. This means that most people have an expression in the middle range. Very high or very low values are rather rare.

In the following, you'll learn exactly what the individual factors of the Big Five personality traits mean - and how they describe you.

People who are very open to new experiences are interested in many processes and look for variety. They have a good sense of emotions and perceive their own and other people's feelings more clearly than people with low expression. They are also often interested in art, music or literature.

People with a high expression on this Big Five personality trait would also describe themselves as imaginative, experimental, inventive and curious. Therefore, very open-minded people will readily seek out new situations in their lives that provide them with new impressions and experiences. They like to try things out and question the tried and true more often than not.

If, on the other hand, there is a low level of expression, the person in question tends to describe himself with adjectives such as conservative, cautious, routine and rather uninterested. These people feel more comfortable in familiar ways and are more skeptical about new experiences.

The Big Five personality trait Conscientiousness describes the extent to which a person is determined, orderly and precise. People with a high score on this factor are very disciplined, level-headed and have a high degree of self-control.

Conscientious people work with discipline towards their goals and are very orderly and precise. They can resist distractions quite well. Therefore, they tend to be more successful professionally and effective in their work.

If someone has a rather lower expression on this factor, he tends to see things a little more loosely. The achievement of his goals, cleanliness and order are less important to him. These people are more easily distracted at work and like to turn a blind eye to themselves and others.

Extraversion is a social personality trait and describes the extent to which a person interacts with the people around them. Extraverted people like to exchange ideas, are talkative, active and feel comfortable in groups with many people. Literally translated, they possess an "outward-looking attitude."

The contrast is formed by introverts, i.e. people who have a rather low level of extraversion. Introverts are more quiet and reserved, but this does not necessarily mean that they are more shy than other people. Rather, they have less need for exchange than an extravert. Introverts find being with many people exhausting in the long run and enjoy having time to themselves. However, this does not mean that there is no interest in the social environment - they also like to have contacts, but not to the same extent as the extraverted person.

According to recent studies, Extraversion and Conscientiousness predict quite well how a person will act in group situations (such as an assessment center).

A high score on the Agreeableness trait means that the person is helpful, cooperative and has a positive attitude towards others. Such persons are in need of harmony, which is why they tend to avoid a quarrel and would usually not instigate a conflict themselves. They are quick to trust others and are interested in the welfare of others.

People with a low expression, on the other hand, are less willing to help other people. They tend to be more confrontational and often get into argumentative situations. Their view of people is less positive, which is why they are less likely to trust other people.

Agreeableness may be the Big Five personality trait most under the influence of social desirability. Society and those around us usually want us to show high scores on this dimension. Thus, it is more socially desirable to behave helpfully and be cooperative. However, it should not be forgotten that even a very high level of agreeableness can be problematic. For example, if a person cannot assert himself at all for fear of conflict or always puts the interests of others above his own.

Neuroticism can be broadly translated as "emotional lability". If someone has a high expression on this Big Five personality trait, they tend to be more sensitive and less stable in their moods. Such people are often insecure, nervous and have more anxiety than others. They are sensitive to stress and worry more often. They are more often affected by negative emotions and experience them more intensely than other people. At a very high level of expression, correlations with depression and anxiety disorders are found.

Accordingly, people with a low level are more emotionally stable and react less sensitively to stressors. These people also complain less about non-specific physical symptoms, such as headaches, abdominal pain or nausea.

Today's psychology assumes that our personality is essentially influenced by our genes and by our environment. With the help of twin studies, it is possible to calculate the extent to which the individual Big Five personality traits are genetically determined. Numerous such studies have been conducted in the past, so that today relatively stable heritability factors are available for each dimension. On average, about 50 percent of the five personality factors appear to be influenced by genetics. Openness to experience shows the highest heritability, agreeableness the lowest.

In addition to genetic factors, our age also has an influence on the Big Five personality factors. Current studies suggest that the stability of the individual dimensions only develops after the age of 30. Researchers explain this fact by the fact that the social and professional environment is still subject to many fluctuations up to this age. After the age of 30, many people have found their place in life, which also consolidates the character.

But even beyond the age of 30, changes are still taking place. For example, the values for agreeableness and conscientiousness increase, while extraversion and openness to experience apparently decrease once again. Also, drastic events such as parenthood seem to cause changes.

At an older age, there is often another less stable phase, which is similar to adolescence: In people over 70, the Big Five personality traits are again less constant and change more.

Why are the Big Five personality traits important?

The Big Five personality traits provide information about your own personality and help you to get to know yourself better. A personality profile like the Big Five can give you clarity about your strengths and weaknesses, your likes and dislikes. And it is also essential to know where you currently stand in order to develop yourself personally.

With the Big Five personality traits there is no right or wrong, because every person is unique and individual. The important thing is to find the environment that suits one's own character traits fits - both professionally and socially.

also known as the OCEAN or five-factor model
measures the 5 main dimensions of personality: openness to experience, extraversion, conscientiousness, agreeableness and neuroticism
the world's most famous personality test
difficult practical application due to individual expressions on scales instead of types
Neuroticism as a trait has negative social connotations and, depending on the outcome, often leads to post-test dissatisfaction
START FREE TEST

Are there alternatives to the five-factor model?

Despite its widespread use and broad scientific acceptance, the Big Five model is not free of flaws. Critics point out that the five dimensions are not sufficient to represent human personality. In addition, the cultural universality of the model is also disputed. Some studies from Asia or Africa, for example, point out that the same number of personality factors may not be assumed in these cultural circles.

There are also some alternative models, such as the DISC model, the hexagon model or the Enneagram. What all these models have in common is that they assume different dimensions than the Big Five theory or add other factors to it.

The DISC model for example, is based on the work of William Moulton Marston and assumes four basic tendencies as the basis of personality: dominant, initiative, steady and conscientious. Depending on the expression on these four scales, this results in different personality types. According to Lothar Seiwert and Friedbert Gay, this has the advantage that the DISG thus provides concrete, practical tips, for example on communication, time management or employee leadership.

However, this test provides you with a detailed picture of your behavioral patterns in particular - while the Big Five test rather reflects the core personality of a person. We hope we could make you curious. Then take the DISC personality test through here free of charge online.