Climate Change: "There's lots we can do - including you!" 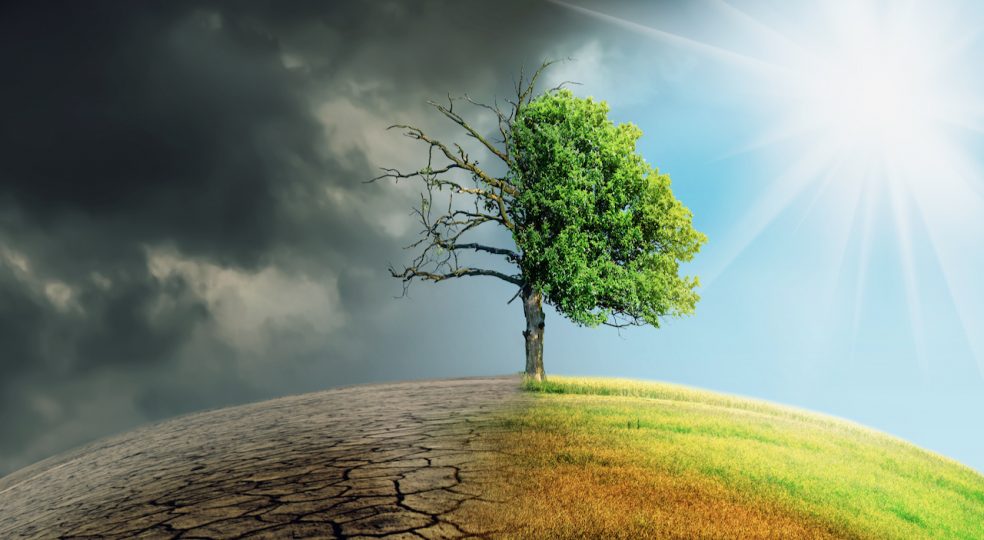 What is the message of the book?

Dr. Stefan Frädrich: The first important message is: We have to look again! This is lost in our everyday lives. Everyone is busy with his own problem. For more than a year, we have all just been dense with coronavirus, but we don't notice that a far greater catastrophe is looming. We look away, where each individual can do so much - with the climate crisis.

What was the trigger for you to write this book?

Dr. Stefan Frädrich: The climate crisis! In the end, I have to admit to myself here that I am a bit ashamed to have dealt with this topic so late. There were actually two factors that led me to do so. Firstly, it was the "Fridays for future" that sensitised me to take a look. I wasn't aware of how big the blind spot was. The second reason was Timo Würz, the illustrator of the "Günter" illustrations. He has been dealing with the subject of nutrition for years. He said to me: "Stefan, we are now writing an eco-Günter".

What exciting insights were you able to gain while researching the book?

Dr. Stefan Frädrich: A lot has changed in my everyday life. Well, I suddenly see possibilities of how I can change things. I evaluate media messages differently, I evaluate political statements.

How do you deal with the new insights/perspectives in your everyday life? For example, what have you specifically changed?

Dr. Stefan Frädrich: In concrete terms: I have massively reduced my meat consumption, I am happy to ride my bike again. I also buy much, much more consciously and, above all, I have started to talk about the subject. Since then, I've noticed that a lot of people are dealing with it. Totally constructive conversations arise. People enrich each other.

Climate change: Schools should raise awareness of the issue at an early stage

To what extent are you perhaps also trying to make your nine-year-old son aware of the issue?

Dr. Stefan Frädrich: In my opinion, schools should raise awareness of the issue early enough and show what we can do in the area of climate change. My son is in the fourth grade. In the last few weeks, they have been working very intensively on the topic of climate change. I have even talked to him here at the Homeschooling built a small biogas plant: Simply put kitchen waste in a bottle, fill it with water and put a balloon over it. Then we observed how gases formed over the course of the next few days.

Of course, I also try to explain to my son what I am doing in my book "Günter saves the world". I show him a lecture on the subject.

But I am not really worried about the young people. I am worried about the older part of our society, generation 40+. I'm one of them. We've already had Behavior taught that we think is normal and that we don't question - or rarely do. I think the issue is that many dismiss climate change by saying "yeah, it won't be that bad".

You also talk about "prevention dilemma" in the book - what do you mean by that exactly?

Experts have been warning for decades, but we don't really get it right with this prevention, because it's hard to communicate. Why should we change our agriculture, why should we eat less animals, why should we not blow so much CO2 into the air. Our temperature rises are getting faster and faster. We often have extreme weather situations, the extreme weather phenomena and the temperature curve are going up steeper and steeper.

At some point we will say, "If only we had acted sooner!" Only, until the problem visibly threatens us, we often unfortunately see no pressure to act. That is, humanity, unfortunately, often only learns through pain. I hope we don't have to do that here.

We can't prevent natural disasters. But what do you think we can do?

Dr. Stefan Frädrich: There are natural disasters that we cannot prevent. By that I mean meteorite impacts, volcanic eruptions or earthquakes. But we can build away from volcanoes, we can make buildings earthquake-proof, and perhaps we will manage to develop such a meteorite impact warning system at some point.

Through mindful behaviour, we can certainly influence natural disasters and perhaps prevent them more and more from breaking into people's habitats and then spreading unknown viruses there. We should look at what our greatest factors and levers are in order to get natural disasters, drought or floods under control.

Or the migration wave: the UN estimates that by 2050 we will have between 200 million to one billion climate refugees in the world. Now, you might say, "That's a disaster." No, if you ask me, it's a response to a great many complex regulatory cycles that have gone on before. That's where we can look now and be careful that we don't tip more dominoes.

"Chances are our future will be bright if we take advantage of the opportunities," the book says - what opportunities?

Well, on the one hand, for example, we have an incredible technical future ahead of us. So, we benefit from many developments and discoveries that might make life easier for us in the future. We will be able to work more with robots, use artificial intelligence. I am sure that traffic will become more and more digital and we will drive around with autonomous cars.

Dr. Stefan Frädrich: "A green lifestyle is not enough!"

A green lifestyle is not enough, you write! What else does it require?

Dr. Stefan Frädrich: The green lifestyle is first of all something nice. I think we should all live in a resource-conserving way, we should buy consciously, talk about such topics and set an example for others. I see that as a sign of solidarity. Something like that is always reflected in political or economic systems afterwards!

Today it is normal that children are not beaten up by teachers at school, that we don't smoke in the cinema, and that women are allowed to vote! That's all good - but was all completely different 50 or 100 years ago. The attitude of mankind has changed.

"It's not enough to just drink your coffee out of a cup anymore."

But it's not enough if we now only drink our coffee from a cup or cycle to work. If we think that would be enough, then it's nothing more than an eco-plaster for our guilty conscience. That's not how we get ahead! But if we understand that our symbolic actions later turn into systems, and that other decisions are made politically afterwards - or that the industry changes - then we get to a systemic level.

So we have to turn the big screws. Yes, we need to change the agricultural economy, invest in green technologies, and consistently advance digitalisation. That's not what individuals do when they switch to bicycles, but it's what we can do as a human race if we all think in the same direction.

Last year, the World Economic Forum deliberately addressed the issue of the climate crisis for the first time. In the meantime, it has also reached the world's economic leaders. Quite late, though. We can all accelerate this if we participate and talk about it and set an example!

What counts as "missed opportunities" for you?

It is a missed opportunity that people still doubt climate change. That they say, "Who knows if humans are even causing it or causing it!". We may now ask ourselves, "What can we do to slow or maybe even stop climate change?"