Diana zur Löwen 3/3: A YouTuber's plans for the future 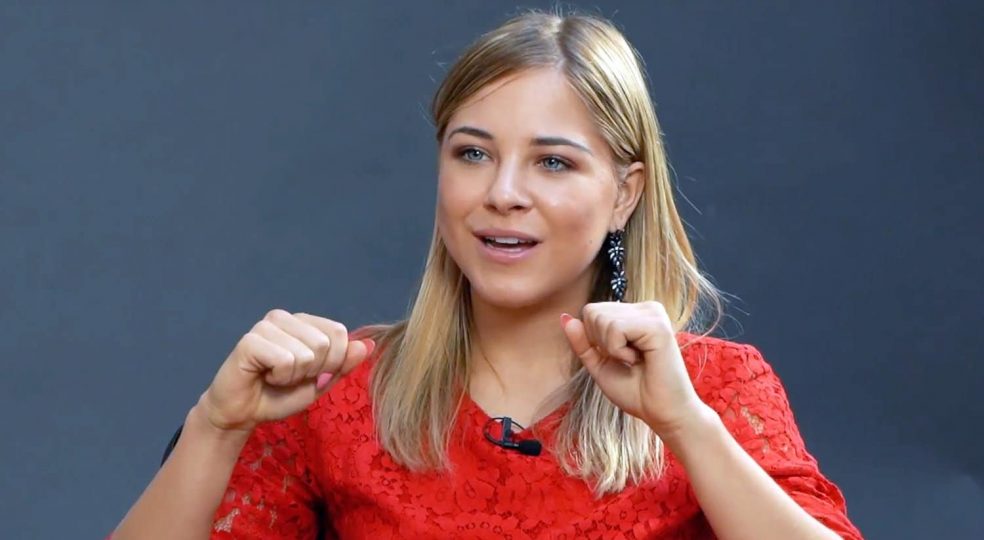 Diana zur Löwen is a successful YouTuber, sought-after influencer and young entrepreneur. The 23-year-old lives in Cologne and is in the final stages of her business studies. How she masters her everyday social media life and when she puts down her smartphone is what she has to say in the first part and second part of the interview. In the third part of the interview, Diana talks about the last letters of the GROWTH theory and tells us why she prefers to take change into her own hands instead of waiting for politics.

Diana to the lion about Time Management & Leisure

Diana: "The T in GROWTH stands for Time Management. I find that a lot of people use the phrase "I don't have time" as an excuse. But everyone has time, you just have to take it. To do that, you have to structure your calendar and consciously schedule time for yourself sometimes. Or spend less time a day on Instagram - which you could get done. You have to figure out what takes time away from you and manage your energies well."

In her free time, the Cologne resident likes to do sports. When she's running, she gets really good ideas every now and then. Diana: "Sometimes I also find it nice to just go for a walk or sit on my balcony. Then I get out a notebook and write down questions I want to answer. That helps me figure out what I want." Diana also thinks traveling is great for getting away from it all once in a while. "It makes you realize that you don't actually miss that much when you're away."

On social networks, too, one notices more and more that there is an increasingly wide gap between politics and society. Young people in particular seem to be less and less concerned with political issues, let alone able to identify with them. How does social media expert Diana explain this? In the interview, she says: "Through social media, you can live in your bubble and don't really notice what's happening outside of it. In addition, the news is mostly negative. And you get the feeling that little is happening in politics and that private individuals can implement much more than politicians. Because it takes them years to get things rolling."

Diana thinks that important issues should therefore not be left exclusively to politics: "I think you could make the whole system a bit more efficient and manage to involve people more. But that is always easier said than done. That's why we shouldn't wait for politicians to change things. We can do a lot ourselves through our own actions. For example, we don't need to ban plastic straws. You can just leave them out."

Explaining this approach and sharing her thoughts with the community plays an important role for the influencer. Diana: "In politics, unfortunately, you often speak against walls. That costs a lot of energy and little comes of it. That's why I think it's better to give my viewers ideas and tips on how they can educate and inform themselves on various things - for example, promoting studying. So I'm sort of offering help for self-help."

The YouTuber is convinced that you shouldn't wait for others to change something. Instead, she thinks that everyone can take the first step towards positive change themselves - and do something good for others in the process. This approach fits perfectly with the last letter of the GROWTH theory. Diana: "The H stands for helping others helps you. For example, I host free events for young people. This gives me good insights into what is important to them. And in turn, I can pass on those insights. I think GROWTH perfectly sums up how to continuously educate and develop yourself in our agile world today."

Future plans of a YouTuber

Of course, the agile, fast-moving world also influences the existence of influencers. Will YouTube, Instagram and co. still exist in ten years? What are Diana's visions for the future? The 23-year-old doesn't have a concrete idea yet: "It's hard to say what you'll be doing in ten years, because the job you do today is changing. Because I started with social media at an early age, it's hard to imagine what it would be like not to do it at all. But at the same time, I can already imagine expanding other things by then and not having such a strong interest in it in ten years. Maybe then I won't feel like I want to produce so much content myself, but will take a more relaxed approach and prefer to delegate more things."

Diana is keeping several options open for her future, "In and of itself, I think it's good to know that you can drift a little bit and make things happen instead of focusing stiffly on a ten-year plan." For now, she wants to keep her focus heavily on YouTube: "Of course, it never hurts to have another plan up your sleeve. But it's important to focus on one thing. For me, that's still YouTube. But I also find it exciting to make an impact - for example with events for my viewers or consulting appointments and events with companies. I would like to expand that, always with a view to generations Y and Z. And that in itself is also very diverse."