Diana zur Löwen 1/3: A life as an Influencer 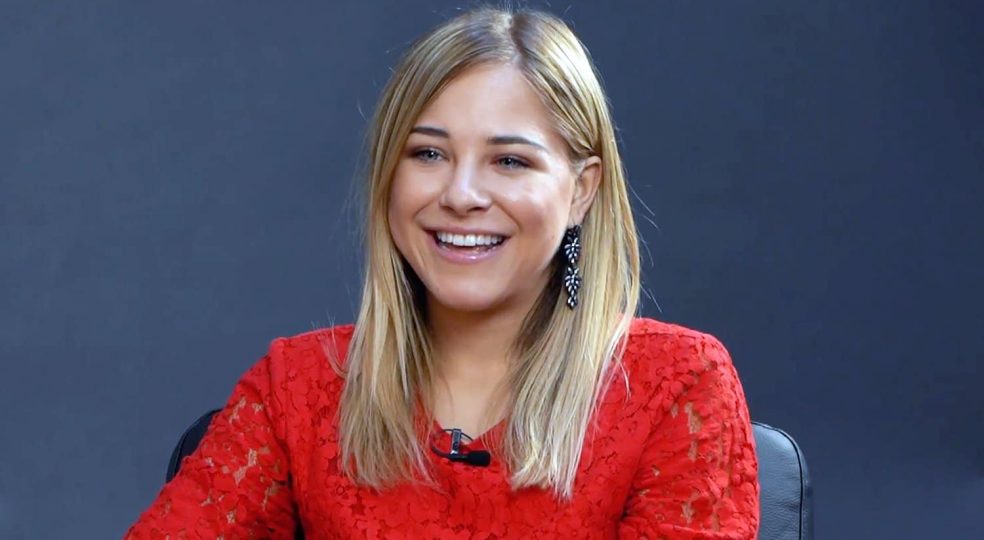 The word "influencer" has long been successfully established in linguistic usage. Again and again, one stumbles upon the term, which describes personalities who influence other people via social networks. Diana zur Löwen is one of them. The 23-year-old lives in Cologne and regularly reaches millions of people via YouTube and Instagram. Her top topics come from the lifestyle sector and deal with fashion and beauty. Diana also reports on growing up from her own personal perspective. In the interview, the young entrepreneur talks about her life as a social media star, about critical viewers and about the media usage behavior of young people.

Diana zur Löwen: "My Motivation was the Fashion Week"

When Diana started producing her first videos for YouTube, she was 16 years old. How did she come to document her life online and share it with strangers as a young girl? Diana: "I got involved with the internet at an early age and was often on blogs. Now blogs aren't too much of an issue in the fashion world because a lot of content is on YouTube and Instagram. But people used to read blogs to find out about trends. I thought to myself at the time, if so many can blog, surely I can too."

Over the internet I met people who shared the same passion.

Diana to the Lion

With a self-timer and tripod, she started photographing her outfits and posting pictures of them on the web. Diana: "Even back then I liked buying second-hand fashion. But some of my friends didn't think that was so cool. Through the internet, I was able to meet people who had the exact same passion as me." Her big goal was to be able to sit in the front row at Berlin Fashion Week one day. Diana: "That motivated me. For me, the fashion world had a real glamour and magic back then. In the meantime I see it a bit differently. But back then it was a big drive for me to be part of that world."

Two years later, at the age of 18, Diana received her first invitation to Berlin Fashion Week. But that was just the beginning of her steep social media career! In the meantime, the 23-year-old business student produces elaborate videos, has well-paid sponsorship contracts with various brands and knows the industry, which works with Inluencers to market products.

What does her everyday life look like between being online and real life? Diana: "The nice thing is that every day is different and I enjoy the freedom. Of course, my focus is on content production. I have a YouTube channel, take a lot of photos for Instagram, and have a podcast called Growing Up." For the podcast and videos, Diana prepares editorially. To do this, she thinks in advance about where she wants to take her followers and what message she wants to convey: "I don't just film on the fly, but always give it some thought and have a digital editorial plan."

Diana is also regularly on the road at events: "Today I got up at 4:30 a.m. because yesterday I was at an event with a fashion brand and a magazine. Besides that, I do consulting projects and get asked to be a speaker." To manage her workload, Diana has a permanent employee who helps her produce content, as well as an editor and a management team that handles contract negotiations.

Diana's studies benefit her in her professional activities. She says: "I like the mixture of business studies and being an influencer. And since my content often includes the topic of growing up, I know what makes today's youth tick and what their needs are. This is also very exciting for brands - for example, to make themselves attractive as employers. I know what is particularly important to young people, because I get a lot of feedback from my viewers on these topics. That, in turn, is very valuable for brands and companies."

The entrepreneur knows that her fame is focused on a specific target group. Many teenagers and young adults know Diana. For older people, who spend less time on social networks, she is an unknown quantity. How can this be explained? Diana: "Everyone lives in their own bubble, after all. When I compare my parents' lives with mine, I see big differences. My parents watch the news regularly, read the newspaper and listen to the radio. Those are all things I don't do. I don't have a TV, I listen to music online and I'm on YouTube."

The Cologne-based journalist knows that everyone bears responsibility for the media they consume: "I could only inform myself about fashion, but not at all about what's happening in politics. Today, you put together your news and your input individually. This gives you the opportunity to stay in your bubble. And that's how it happens that, for example, you're huge as an influencer in a niche and everyone else doesn't know you."

According to the expert, user behaviour is changing in the sense that people are now searching for content in a much more targeted way and are extremely focused on their niche. Diana: "You get used to this type of content. YouTube videos, for example, are much shorter than feature films. It's crazy how much that's changing. You can also see that other media outlets like publishers and TV stations have to rethink. They have to think about how they're going to shape their products and programming in the future because their media isn't as relevant to young people anymore."

Diana lets her followers share her life. This works well because young people like to be inspired by role models who are in a similar life situation. The magic word is: identification. Conversely, this means that Diana has to be authentic. But time and again critical voices are raised - for example regarding the brands Diana cooperates with. She wants to stand for sustainability, but advertises cosmetic products that contradict this ideal.

How does the influencer manage to find a balance and deal with criticism? Diana: "It's a big rethinking process for me as well. There are brands that I have annual contracts with and I might not continue working for them next year if it doesn't make sense anymore. But I also realize that I can talk to brands and tell them what my audience doesn't like at all. And then I can give tips on becoming more sustainable, for example. That's a huge step for a lot of brands and corporations, but I think I can be a good catalyst there."

In the second part of her interview, Diana zur Löwen talks about competition within the YouTuber scene, about strengths, weaknesses and what she would like to pass on to the young generation.