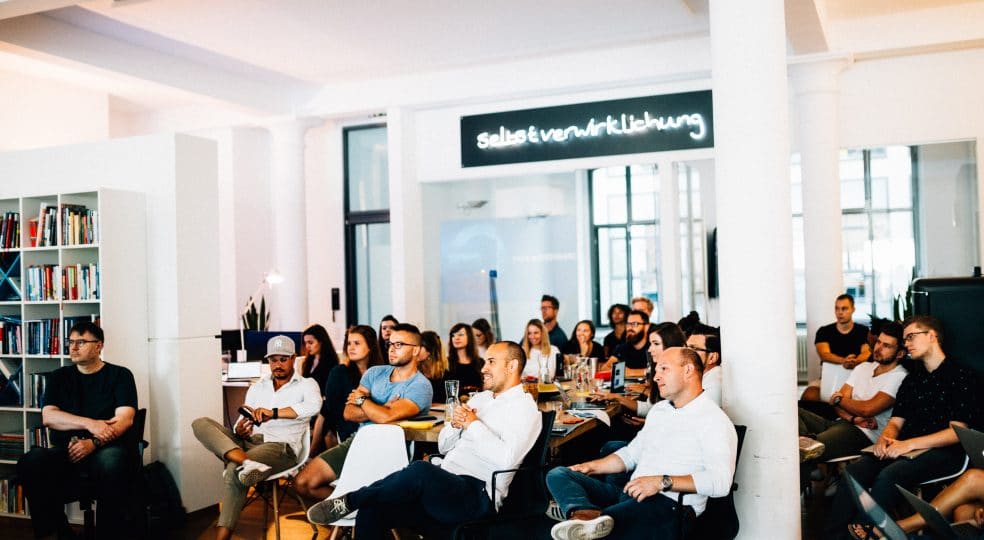 The Munich-based investor is committing a mid-seven-figure sum to the Cologne-based coaching and personal development startup. The company, which has been named Germany's best employer by Great Place to Work, primarily wants to improve its customers' user experience by investing in technology, new employees and internationalization.

Cologne, July 17, 2019 - Munich-based Holtzbrinck Ventures, known for its investments in Zalando, Flixbus and Home24, among others, is investing in Cologne-based training and coaching provider GEDANKENtanken. The commitment comprises a mid-seven-figure amount. "With the investment, we will be able to continue our chosen path from an event to an online continuing education platform even more consistently and quickly," says CEO Alexander Müller. "We want to be the digital companion on the topic of personal development and coaching and create a unique user experience for our community." Since its founding in 2012, GEDANKENtanken was primarily financed mainly by its owners and banks. The investment by Holtzbrinck Ventures is Series A funding. In the wake of this move, the startup is now valued at a mid-eight-figure amount.

The company of Dr. Stefan Frädrich and Alexander Müller has made a name for itself in recent years, especially as an event organizer. Just this April, the startup brought former US President Barack Obama exclusively to the "GEDANKENtanken World Leadership Summit" in Cologne's Lanxess Arena, which was packed with 14,000 visitors. So far in 2019 alone, over 50,000 people have attended the company's trainings and events. Through its podcast and YouTube, GEDANKENtanken reaches several million people in German-speaking countries every month. The startup already generates the majority of its revenue through intensive professional and private development programs.

The company was recently named Germany's Best Employer in the 50 to 100 employees category by the internationally active research and consulting institute Great Place to Work.

"Over the years, we at GEDANKENtanken have developed from a pure training and event company into a digital company," says Dr. Stefan Frädrich. "The interest and considerable investment from Holtzbrinck Ventures is now a great confirmation for the work of the entire team over the past years," emphasizes Alexander Müller. "We believe in the coaching market and the vision of GEDANKENtanken," says David Kuczek, General Partner at Holtzbrinck Ventures. "The management team and the unique culture convinced us. Already with their own funds, they have built a strong player in the continuing education market over the last few years."

With the help of the current investment, GEDANKENtanken wants to raise the customer experience to a completely new level. The goal is to create modern user experiences through the latest technologies. For example, apps and smart speakers such as Alexa and Google Home are to be used so that personal development and coaching can be integrated into people's everyday lives. In addition, the aim is to drive forward the internationalization of the offerings in order to make the GEDANKENtanken concepts tangible outside Germany as well. Above all, however, investments are also being made in expanding the team. In addition to the current 80 employees, 45 new positions will be filled in the short term, most of them in the areas of development, business intelligence and performance marketing.

Since 2012, the company GEDANKENtanken has been following a mission: Their goal is to revolutionize the world of personal and professional development. In different formats, experts, trainers and coaches create a motivating environment both online and offline and convey relevant content that helps people, for example as self-employed and entrepreneurs, but also very personally, to develop their own potential.

In 2019, GEDANKENtanken was named Germany's best employer by Great Place to Work. The company of Alexander Müller and Dr. Stefan Frädrich employs more than 80 employees, whose satisfaction is one of the central building blocks of the corporate culture.

GEDANKENtanken would next like to answer the question of how people can be optimally supported in everyday life as a digital companion in order to develop personally and lead a successful, happy and fulfilled life. GEDANKENtanken wants its app to be on the home screens of smartphones.