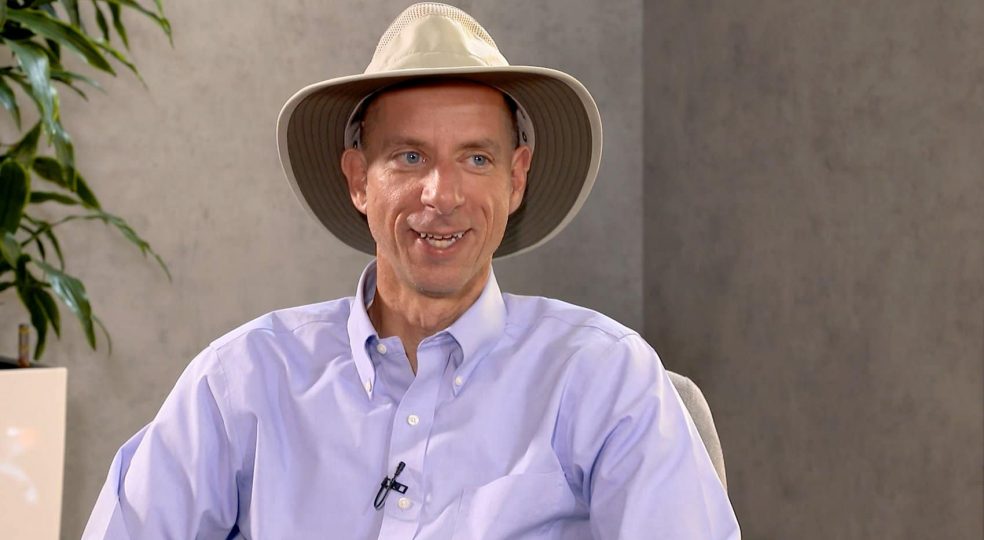 I'm sure you've read "The Cafe on the Edge of the World" and "The Big Five for Life" by John Strelecky already read. No? I bet you've at least seen the books before, though. In a bookstore, in an online shop or on the bookshelf of friends and acquaintances - no one can actually get past the well-known introductory readings for personal development.

And that's a good thing. Because the bestsellers have already inspired many millions of people around the world and changed hundreds of thousands of lives. They are moving, stirring and inspiring. And they only came about because a young man named John Strelecky never became a pilot, despite his dream of flying. Find out the whole story now. Have fun with it!

The beginning of the bestsellers

John Strelecky has a great talent. He manages to tell simple stories in such a way that they touch people deeply and show them a completely new, positive direction in life. The author asks crucial questions for this and lets each reader arrive at a very personal answer. He reveals, "My goal is to create something that is entertaining and life-changing at the same time. My intention is to create something emotional."

In the process, he also keeps asking himself questions. For example, "What is my gift? What can I give to others?" A particularly important keyword here is the concept of "authenticity". The fact that his stories manage to give comfort to others, influence them positively and give them courage is the very greatest thing for John Strelecky. He says, "I am humbled and honored."

But where did the path to his bestsellers actually begin? The answer is: somewhere near Chicago. John Strelecky: "I started working at the age of 12, doing small temporary jobs in construction. I knew even then that I wanted to study. And universities are very expensive in the US. So I had to start earning money early."

Creativity and attention to detail

In the interview, the author reports that life is not always rosy. He compares it to the process of writing a book: "Writing is very creative at first. But when revising, I go through everything 50 times. I want to make sure that every single word is exactly the word I want to use. This process is not easy, it's very exhausting. But as a writer of a book, I have a duty to give it my very best. Because this might be my only chance to make a positive difference in people's lives."

So what begins as a creative process ends up being fine detail work. And there's another aspect that's particularly important to John Strelecky for his books: "They're short, and there's a reason for that. I know that people have a limited amount of time. And I don't want them to take twenty hours to get the life-changing information. So every word and every sentence in my books has to make sense."

But let's take a look back: As a child and teenager, John Strelecky actually wanted to pursue a completely different profession. He wanted to become a pilot for a very specific reason: "I knew that pilots had a lot of free time, got free airline tickets and earned good money. And all I wanted was to have a lot of time to travel the world. Today, of course, I know there are endless other ways to see the world. But back then I didn't know that."

So after graduating, he began pilot training to fly large aircraft as a captain. However, during a health check, he was then diagnosed with a heart condition. John Strelecky: "This is extremely rare and doesn't actually bother you. It's only for jobs as an astronaut and pilot that you're not allowed to have this heart condition - otherwise you won't be approved. At the same time, the heart defect only affects you when you're in freefall, for example, when all the engines fail on the plane."

So John Strelecky couldn't fly despite having completed his training. He fell into a deep hole, became depressed and had to completely redefine his life from one moment to the next. Today he sees the positive: "If I had gotten the job, I probably never would have written a book. And that would have been much more tragic, because I love my life today." Find out what happened next for John Strelecky and where he got his strength to start over in Part 2 of the interview.