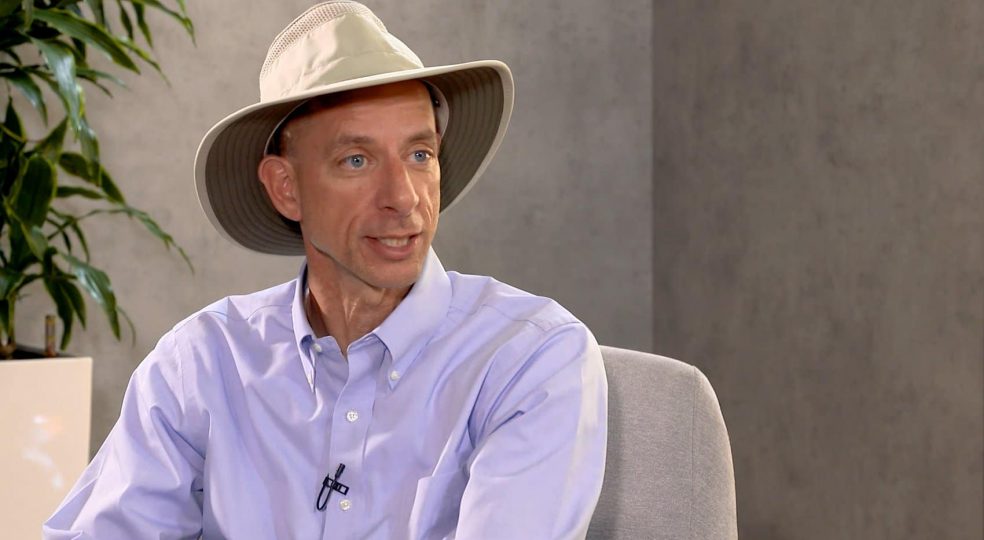 How does it actually feel to write a bestseller? John Strelecky reveals in the interview: "It was an interesting experience. I had this stream-of-consciousness experience while typing. That's how the book came about in just 21 days. I sat down at the table, started typing, and it just flowed. Then I did some research and found out that I could sell the book to a publisher or do 'print on demand'. And then there was the option of starting my own publishing company. So that's what I did. So I set up a company and ten weeks later there was my book on Amazon."

John Strelecky quickly received worldwide orders from 24 countries. He says, "I didn't know at all how people found out about my book. Then an agent in New York picked me up. And through that, "The Café at the Edge of the World" spread further internationally. Now the book is in 41 languages and it continues to be very successful. And as an entrepreneur, of course, I've taken back the rights to the book."

John Strelecky: "You May accept refusals"

John Strelecky has creative visions. To all other dreamers and visionaries he would like to give the advice to accept rejections: "Others will say no. I must have received over 200 rejections from publishers worldwide. I even got a rejection when my book was already a bestseller. I guess someone hadn't noticed and thought 'No one's going to buy this'. But "The Café at the Edge of the World" was already on the bestseller list. So you can't take rejections personally, you have to keep moving forward. And constructive criticism is wonderful."

John Strelecky "We have statistically... 28,900 precious days in life."

John Strelecky has now written ten books. One of them is "The Big Five for Life". The storyline of the book was born out of the thought 'What would the world look like in the eyes of the world's most unlikely leader?' The context of the book is explained on the very first page: the main character is about to die of a brain tumor. Over the course of the next 240 pages, the reader develops a love for the protagonist and the values he stands for. In the end, the main character dies.

John Strelecky specifically chose this context to point out a flaw. He tells us, "So much happens so fast that sometimes we forget that it doesn't last forever. That mortality should be understood and thought about. We have statistically 28,900 days in life. Every single one of those days is precious. But only if we use it and make it precious."

So John Strelecky was brave, gave up his consulting job and became extremely successful with his books. But there are many people who do not dare to take such a step or even stay in a job that makes them unhappy. They lose their passion and the meaning of life. They are waiting for something to happen. Their life is full of routine and the question: Was that all?

John Strelecky: "It doesn't have to be that way, you can always change everything. I want to help people move their lives where they want to go. Ideally, that works with a short, easy-to-understand, yet life-changing concept." This is a concept that John Strelecky has impressively summed up with his "Museum Days." It allows anyone to look at their life from a different perspective and question whether what they do every day is really what they want to remember for all eternity.

John Strelecky also finds himself continually growing. He reveals, "I am far from the version of man I would like to be. I am constantly growing according to the standard I set for myself. The certainty with which I can now be authentically myself is dramatically different from my former self. I used to be very uncomfortable in my skin. I was self-conscious in parts of my life because I was a very good athlete. I knew that I could achieve great academic success through my understanding of concepts. But I had a very low Self-esteem and a very weak perception of myself as a human being and of my role in the human world. That changed over time. When I allowed myself to be myself and let go of my fears, I was able to be who I am today."