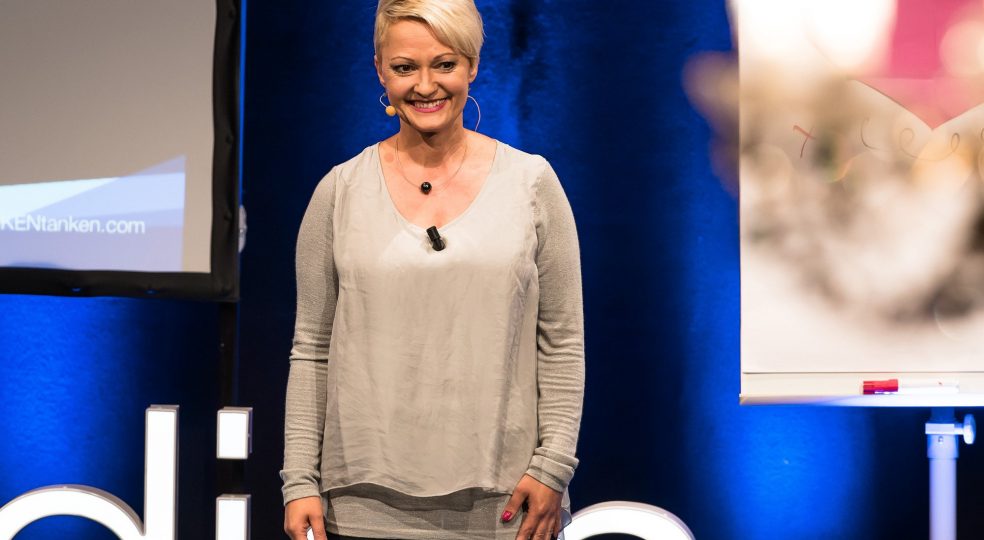 In the past, monogamy, i.e. eternal fidelity with one partner, stood for the optimal relationship model. Nowadays it's a bit different - at least according to relationship coach and speaker Melanie Mittermaier. The affair manager believes, "There are people who are a little too curious and too open. Those people have to buckle down and bend in a monogamous relationship." To ensure monogamy nonetheless, couples form fences with barbed wire around their relationships, according to the expert: "They mine the surrounding area, thinking they're protecting their relationship." No wonder, since cheating is one of the most blatant no-go's in our society. Yet statistically, one in two people have cheated at least once in their lives. And every third person allegedly does it in their current relationship.

Melanie Mittermaier: "The likelihood of being part of a love triangle at some point in your life is much higher than the likelihood of eternal fidelity." But condemning the whole thing doesn't help. Because even barbed wire doesn't prevent cheating. The expert finds, "Cheating is part of life. It's part of it and always will be."

From cheating and polyamory

The good news: cheating does not necessarily mean the end of the relationship. Melanie Mittermaier says: "It happened to me too: I fell in love with someone else. And I did it in such a way that I could no longer eat, sleep or think. I was totally torn between butterflies in my stomach and the knowledge that I'm not allowed to feel this feeling at all - let alone live it out."

And what do you do when you're in need? You sit down and Google. Melanie Mittermaier: "Google told me that in addition to closed relationships, where no one gets out and no one gets in, there are also open relationships and polyamory. That means it is possible to love several people at the same time. As a result, I looked into the concept of monogamy more intensively and dealt with it heavily."

For five years now, the expert has been working with all three sides of love triangles: "I have learned one thing. The phrase 'Honey, it's not what you think' is always true. It's never what the cheated on thinks. But it's also not what the cheaters think, and it's certainly not what the lovers think. For example, the mistress thinks the husband is just waiting for an opportunity to break up with his wife."

Cheating: The different sides of the relationship

Statistically speaking, only one in ten men separates from his wife. Melanie Mittermaier thinks: "A mistress is not a man thief. Because in order to steal a man, he would have to have belonged to someone beforehand. A mistress is also not to blame if a relationship breaks up. Because driving a relationship against the wall, couples usually manage completely without outside help."

Furthermore, the victim in an affair does not have to have been the victim in the relationship. It always takes more people to create a mess. Melanie Mittermaier: "It's a myth that only unhappy couples cheat. When I fell in love with someone else, I wasn't unhappy at all. On the contrary, my husband and I had overcome a crisis and were on a great relationship level. I still fell in love with someone else."

Instead of cheating: Are open relationships the solution?

The affair manager wonders why jealousy and possessiveness should be better than being in love: "Why shouldn't it be possible to fall in love more often in life? Then, after ten years of marriage, I had these conversations with my husband for the first time. We decided to take down our fences, take down the barbed wire, and de-mine the 'cheating' area."

Opening up the relationship piece by piece was no walk in the park, but hard work. Melanie Mittermaier: "An open relationship is challenging. For us, freedom has a high value and we both find it super. At the same time, I totally like being monogamous - most of the time." According to the expert, monogamy has nothing to do with love and is also not a law of nature: "We are not vegetarians by nature, but we can still decide not to eat meat anymore." But whether that's so healthy in the long run is something everyone has to know for themselves.

Moreover, the expert finds that Hollywood and Disney have installed completely unsustainable relationship models: "We think we can find everything in one person for a lifetime - the best friend, the best dad and the hottest lover. And instead of investing in the relationship and having the really awkward conversations with their partner, couples would rather put another layer of barbed wire around their relationship. And then, despite high security, if someone is inclined to cheat, there's the death penalty - i.e., separation."

But does that have to be? Melanie Mittermaier: "From my point of view, a divorce rate of 50 percent is far too high. We could learn to simply deal with the issues differently and not always throw in the towel straight away. Monogamy is not detrimental to love. It is ultimately a form of relationship that can work, but doesn't have to. It can be fine for ten or twenty years and then maybe need a renegotiation."

Because if monogamy prevents us from developing as a couple, according to the expert, it does a lot of harm: "What our love and our relationships need is generosity and kindness. Love is a child of freedom and needs openness in the mind and not necessarily in bed. What love needs above all is a space in which it can unfold."