Learning to understand men: How to get along best with each other 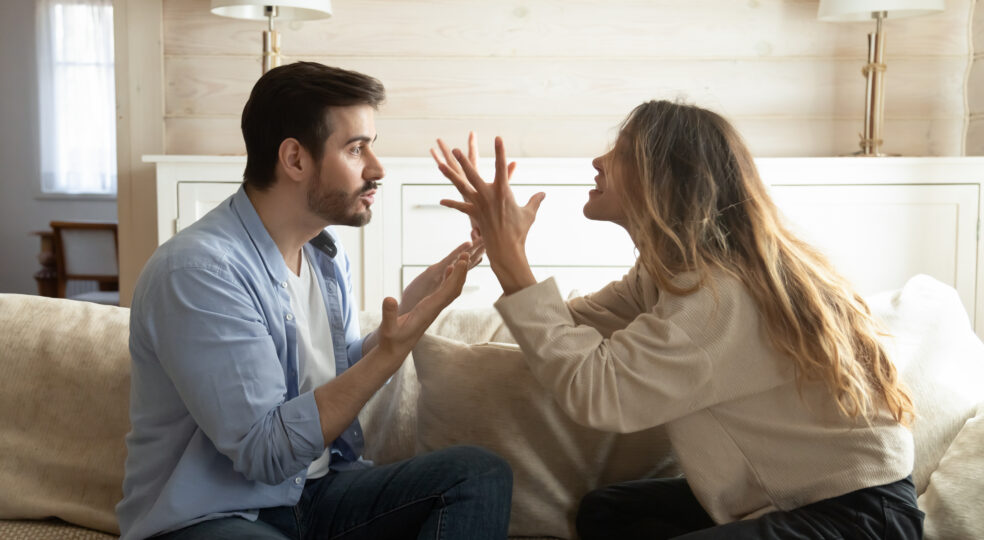 It is quite normal that misunderstandings occur again and again in interpersonal relationships - whether in a partnership, in a friendship or within the family. But have you ever noticed that this is especially the case when a man and a woman meet? You've probably secretly thought to yourself at one time or another, "Somebody should understand men ..."

The answer is quite simple: men and women communicate differently. This has even been scientifically proven! Good to know. But how does that solve the problem? We help you to better understand the way men think, feel and communicate.

What does "understanding men" mean?

We all grow up with stereotypes. One perhaps more intensively than the other. Nevertheless, we have a certain image of men and women in our heads that society has more or less imposed on us. These images are shaped by stereotypes like "men don't cry", "women talk a lot" or "men don't show weakness".

Later, it's up to us to leave these stereotypes behind, to open our minds and realize that you can't put anyone in gender pigeonholes - especially since identifying with a particular gender is an issue in itself. But no matter how hard we try, deep down the stereotypes are still present and sometimes have an unconscious effect on the way we communicate.

If you want to understand men, you first have to become aware of all these stereotypes and understand what they have done to them. If, for example, a man has always heard that boys are not allowed to cry, he may have become firmly convinced that he is not allowed to show any feelings and, above all, no weakness. In emotional situations, he may then block out much more quickly or be cold and taciturn.

We humans have been philosophizing about all these things for hundreds of years. They are the subject of philosophy, sociology, psychology and communication science, to name just a few examples. And although so many intelligent people deal with this complex of topics, it still always comes to Misunderstandings between the sexes.

It almost seems as if communication between a man and a woman is a big riddle that simply no one can crack. Don't worry, it's not that bad. What's missing is raising awareness among the masses. And that's exactly what we want to help with this article!

However, we would like to clarify one thing right at the beginning: Of course, not all men communicate the same way. Therefore, there are simply no universal rules. That's why we don't want to recite any laws of male communication that are set in stone, but simply help you to understand the opposite sex better.

How do men think and feel?

Let's take a quick look at the science. Here, men's communication is described as dominant, competitive and fact-oriented. These findings will help you to avoid misunderstandings in various situations in the best possible way. Of course, this is especially helpful when you are in the dating phase or even in the middle of a Relationship stick.

Understanding men in the getting to know phase

Especially in the phase of getting to know each other, the matter of communication can turn out to be quite a challenge. This is mainly because you can't really judge your date yet. After all, you don't know each other that well yet. Is he really seriously interested in you? Are you more than just a flirt? Is he waiting for you to get back to him or does he need more space? These are all questions that are sure to be going through your mind at this time. And possibly old Beliefs such as "No one cares about me" or "I'm not lovable."

So what is the right way to behave? According to leading psychologists, some men have a hunting instinct. What sounds like a cliché is actually confirmed by science. This is especially evident in the dating phase. In plain language, this means for many men that they wish they had enough freedom to be able to conquer a woman.

Conflict-free through the dating phase

One thing that always leads to conflict is clear communication. Many men expect very direct answers to their questions. For example, if your date notices that something is bothering you and asks about it, you may tend to say, "Oh, nothing." Secretly, however, you hope that he will ask again. However, he takes this answer seriously and thinks he was wrong and that you are fine. So if something is wrong, be honest and do not hope that your date will continue to probe or suddenly develop psychic abilities.

But words are not the only part of human communication - that would be too easy, wouldn't it? Facial expressions and gestures play just as big a role. They tell you a lot about whether your date is really interested in you. Does he get nervous when you meet, does he like to look long and hard into your eyes, and does he always seek discreet physical contact? Congratulations! Then the stars are good that your date is really serious about you.

Understanding men in the relationship

You have successfully left your dating phase behind and started a relationship? Great, congratulations! But unfortunately, that doesn't mean you're suddenly a pro at understanding men now. Especially at the beginning of a partnership, you're always getting to know each other anew because you suddenly become part of the other person's everyday life. So new situations often arise in which you have never been together before.

How stereotypes and past experiences influence communication

You may increasingly find that your partner talks very little, or perhaps not at all, about his or her feelings. He or she may generally avoid talking about serious relationship issues, preferring to withdraw rather than open up to you.

We touched on this briefly at the beginning: Many men grow up with the understanding that it is a sign of weakness to admit feelings or even talk about them. This can quickly give you the impression that your partner is not interested in having a serious relationship. Relationship to lead.

Blockages in the head

A very important point in understanding men is that you don't forget which clichés they partly grow up with. You may know from yourself that you were taught that you should be married by the age of 30 at the latest, that you should be the perfect housewife and at the same time mother of the year - otherwise something is very wrong. Men also grow up with certain stereotypes that burden or block them.

Will your partner quickly jealous and maybe even feels provoked when another man just looks at you? It doesn't necessarily have to be that he wants to control you. Often this is also an after-effect of bad experiences in a past relationship.

He may have been cheated on or hurt in some other way. With this dominant appearance, he wants to cover up his vulnerability. If you want to understand men, it is important to learn something about their past.

Understand men with these 5 tips

Understanding men is sometimes not so easy as a woman. We feel for you! That's why we've put together five important tips to help you finally understand men and put an end to the constant misunderstandings.

How do men and women differ scientifically when it comes to communication?

If you want to understand men, you first have to internalize that they often communicate very differently than women. Yes, it is difficult to keep track of this, no question. There are also no golden rules that can be applied to every man in the world. That would be too good to be true, wouldn't it?

Even science has been dealing with this topic for an incredibly long time, but especially intensively since the 1970s. During this time, sociolinguistics emerged - a branch of linguistics that deals with how we communicate in certain social situations. In these early days, a few points already crystallized that characterize male communication, such as:

It is assumed that these differences are to a large extent inherited. In fact, anatomy even plays an important role. Believe it or not, the brains of men and women really do differ.

For example, the nucleus preopticus medialies - an important control center in the brain - is significantly larger in men than in women. It is primarily responsible for aggression, dominance and the sex drive. That's why some men are more inclined to act out anger physically, while women prefer to take the verbal route.

Even if it sounds trite, men and women simply tick differently when it comes to certain things. This is also noticeable in communication. While women often move on a social level, men are more pragmatic in this respect. Misunderstandings can occur, that's quite normal.

But if you make an effort to better understand how the opposite sex communicates, you can nip some conflicts in the bud. That way, nothing will stand in the way of a long and happy partnership. This is exactly the goal of our "The 5 Biggest & Often Unnoticed Relationship Mistakes" webinars.. Our Greator coach instructors Walter and Christina Hommelsheim will explain them to you. And they show you how to master them - including communication problems.