Dr. Ruediger Dahlke 1/2: Listen to your soul's cry for help! 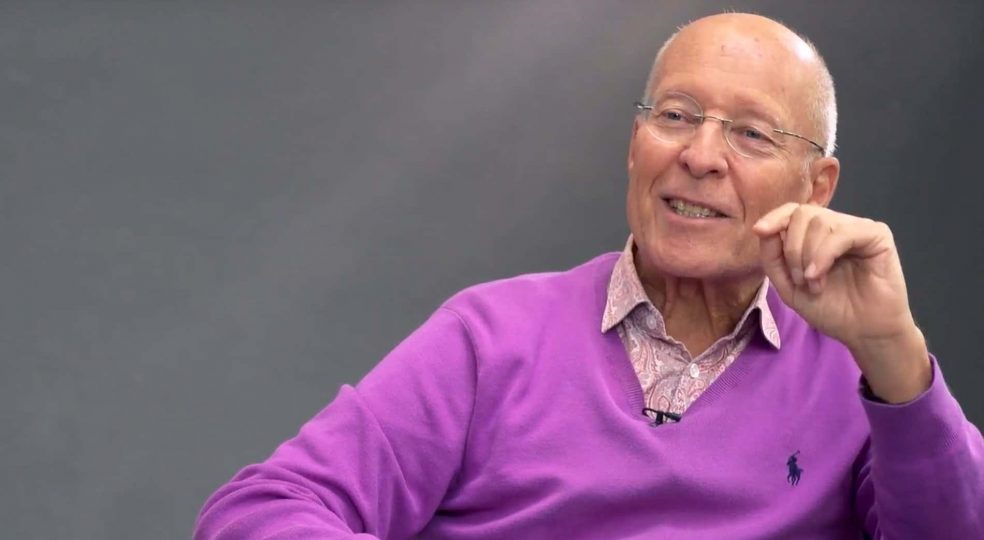 "Illnesses are a mirror of our soul and the chance for a new path." Dr. Ruediger Dahlke is not only a human physician, psychotherapist and bestselling author, but a real star in the field of spirituality. Well over 60 books, which have sold over five million copies, have already been written by the 68-year-old - and there is still no end in sight. In the interview, the expert talks about vegan nutrition and strong life energy, among other things. We wish you a lot of fun with the interview and numerous new insights!

Ruediger Dahlke: From doctor to author

Dr. Ruediger Dahlke does not describe himself as an opponent of conventional medicine, but as a friend of complementary medicine. He is convinced that body and mind are firmly connected and that illnesses must be viewed and healed holistically. By the way, the secret of his bestsellers dealing with this subject is quite simple. In an interview, Dr. Ruediger Dahlke reveals: "Whenever I was asked the same thing x times, I got bored. That's why I started writing down the answers and publishing books."

This is how burnout occurs

Medicine has changed a lot in the past years and also the disease patterns are not the same today as they were back then. Dr. Ruediger Dahlke: "The subject of Burnout for example, has come strongly into focus. But I personally don't believe that someone suffers a burnout due to too much work. In my eyes, the actual causes are activities that do not make sense for the soul. For example, I have colleagues in the development service who work incredibly hard without money being an issue for them. Why don't they get burnout? Because they are in their element when they work. You get burnout when you're no longer on fire for the cause, but burned out by the futility of it."

In the decades of his success, Dr. Ruediger Dahlke has moved a lot. One thing in particular has given him a lot of pleasure: Provocation. The ability to step out of line, to question and to criticize has accompanied the expert since his early childhood. He explains: "I have always liked to protest. I owe that to my upbringing. My mother was a good educator, but I was relatively cheeky and uneducable. I never actually put up with anything unless I thought it made sense."

In essence, however, his penchant for protest and provocation lies in his thinking. He says, "What the majority does is usually not so clever, sometimes even completely wrong, or at least not the best solution. Even great thinkers like Einstein and Plato questioned and criticized things, creating a counterpoint that is necessary."

Ruediger Dahlke: "Illness is a cry for help from the soul"

Anyone who reads up on Dr. Ruediger Dahlke usually comes across the term "illness as a path" fairly quickly. Behind this is the assumption that every illness is an expression or even a call for help from the soul. The expert explains: "There is a person with a soul attached to every joint. We can repress this connection, but it still remains. There are drugs in conventional medicine with which we can decouple the psyche from the body. This is an artifice - from my point of view a very clumsy one. We should instead look at how the two go together."

From Dr. Ruediger Dahlke's point of view, the soul embodies itself at the beginning of life and must then be seeded instead of decoupled. He says: "From my point of view, this is something self-evident. Because feelings and sensations belong to it. Experience has shown that this connection is always there. If you look for it, you will find it. My approach is to connect the soul and the body. That is exactly what I am known for. In the meantime, however, there are also many young people who have become aware of me through the subject of nutrition."

But let's get down to brass tacks: What does the whole thing look like in practice? Are there ways to avoid an illness - for example, the flu epidemic in winter - or to stay away from nasty bacteria and viruses? Yes, there are. Dr. Ruediger Dahlke explains: "As long as you are enthusiastic and on fire for your activities, you can't catch a cold at all. That's because a cold has less to do with the physical cold and more to do with things and activities that leave you cold. When you have external conflict, your immune system fights, and when you're sick, you move the conflict from the outside to the inside. So it's better to deal with conflict directly and have a good culture of conflict. Because once someone is on fire for something, hot for it, and looking forward to the next day, they tend to stay healthy."