Dr. Ruediger Dahlke: "These are the rules of life!" 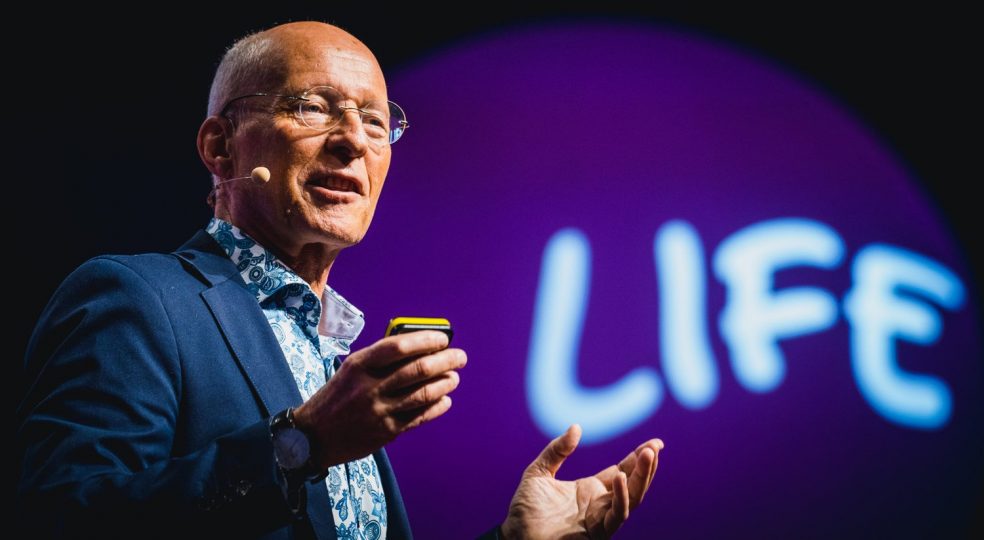 If you want to be happy and successful, you have to take a look at the things that prevent you from being happy and successful. These are the rules of the game of life. Dr. Ruediger Dahlke is a medical doctor, psychotherapist and expert in esotericism and disease pattern interpretation. He knows: "If someone does not succeed in something, it is often not due to a lack of motivation. Many people are extremely motivated. But as soon as the level of their excuses is higher than the level of their motivation, nothing happens. So you don't necessarily need high motivation. It's enough to have low motivation if you have hardly any excuses." According to this, the crucial thing is the relationship between motivation and excuses. Would you have known?

The 3 rules of life

Dr. Ruediger Dahlke is also convinced that every illness is a symbolic path to one's own self. He tells us: "The three rules that govern our lives are actually very simple. Let's start with the third rule. This one says that all beauty lies in the beginning. So we should pay much more attention to the beginning and pay more attention to rituals of beginning." The second rule is the rule of resonance. Dr. Ruediger Dahlke: "We get the disease patterns to which we have resonance. Diseases don't fall to us by chance, they fall to us by law. By the way, this is true for everything in life, not only for diseases. Because we always have our resonance."

If you don't know the law of resonance yet, here comes a short explanation for you: The Law of Resonance, also known as law of attraction is based on the idea that like always attracts like. If you relate this thought to the energetic universe, then you could also say: Energy always attracts energy that is on the same frequency. Dr. Ruediger Dahlke: "And then there is the law of polarity. This is the most important of the three rules of life. Because we have to make a choice. And optimism is not always the right choice, pessimism can also be useful."

The law of polarity

Phew, quite a lot of rules and laws, right? But the expert knows: "Everything is made up of poles and counter poles. And if you don't pay attention to that, you quickly become a victim of the law." What is behind the law of polarity? It says that everything in this world has and needs two poles. Nothing can be light unless there is darkness. Everything positive can only exist because there is negativity. Dr. Ruediger Dahlke: "The law of polarity also explains, for example, that virtually all peace politicians die by violence, whether Mahatma Gandhi or Martin Luther King."

For the expert, the law of polarity is the most important rule of the game of life. He believes that people who ignore the law of polarity create a kind of dark side of their own personality: "Since the law ensures that the opposite pole remains constantly in the game of life, it can turn hot love into cold hate. It can conjure up outcomes you wanted to avoid. And it can turn everything one has procured into its opposite."

Learning the rules of the game

If you want to emerge as a winner from the game of life, you should definitely follow the rules of the game, according to Dr. Ruediger Dahlke. He explains: "It pays to learn the laws of life and apply them in the right order. Many people are not aware of their existence or do not apply them. But you can!"

The expert is convinced that this can be applied to one's own health and to diseases. He says: "Diseases are radically destructive, but you can redeem yourself from them. For example, the idea of cancer is growth. To avoid it, prevent it, or cure it, we need to grow on another level, such as personally. You have the responsibility - so take it!"