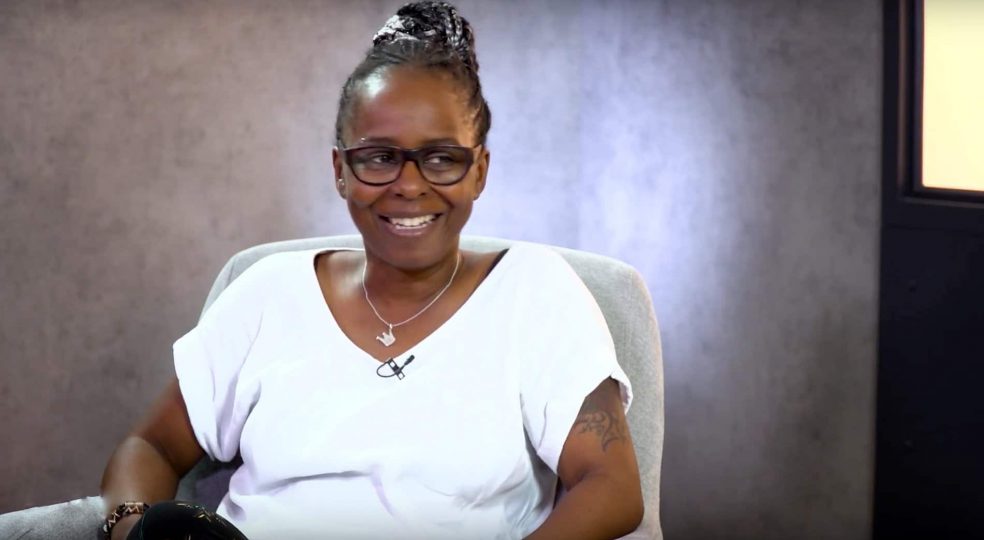 She attended a Catholic boarding school, played in the first national league and is active as a presenter, actress and singer. Shary Reeves is a power woman and a real multi-talent. Above all, however, she describes herself as one thing: a person who was always curious and trusted her inner voice.

In the interview she reveals: "First and foremost I am someone who follows her instincts. For me, it was always important to do what I felt like doing. I want to discover myself and I'm curious about the world." In the interview, the 44-year-old talks about her life, her professional career and her personal growth. We hope you enjoy reading the article or watching the video!

"I'm very envious of the youth in Germany living in this day and age. Because nowadays it's perfectly okay to be a visionary," says Shary Reeves. Having visions and dreams is the most normal thing in the world for the former "Wissen macht Ah!" presenter. She herself likes to try things out and is always discovering new qualities and talents about herself.

She thinks it's brilliant that many teenagers and young adults have visions. In the interview she says: "Let's take the Fridays For Future movement. The young people actually pick up their garbage after their protests. That's a great example of them being visionaries and acting like it. I really think a lot of young people today are very visionary."

A life full of variety

The courage and willingness to think visionary and open up to new things are in Shary Reeve's genes. In the interview she explains scientifically: "We all get genetic information along the way. My roots are in East Africa. My mother comes from Tanzania and descends from a people who, in turn, have come a long way. My father is from Kenya. This genetic information was passed on to me as a child. It's just a normal biological process."

Shary Reeves grew up in Germany, a country that, culturally speaking, does not correspond to the genetic makeup she was given. She explains: "That shapes me in a very specific way and leads to me having the courage to think in a visionary way. Add to that my environment, which allowed me to let off steam and live a varied life from an early age."

The primal instinct of man

Shary Reeves was born in Germany and placed with a German foster family when she was just a few months old. Looking back, she says: "I was very lucky to come to a family that was very special. I could talk to my foster mother about anything. She loved me idolatrously and we had a very close relationship. The thing that feeds the primal instinct in humans is love. At the bottom of our hearts, we are all after love."

The presenter is firmly convinced that all talents are based on the basic instincts of human beings. She says: "The essential question that now arises is whether you discover and live your talents. I myself grew up in a Cologne, Rhineland family through my foster parents. My foster parents had eleven children of their own and I shared a room with two or three other people. That also had a great impact on me. I was very lucky to come into this family."

The power of resilience

Shary Reeves had many drastic experiences in her childhood that shaped her a lot. She sometimes experienced hard times and felt bullied. But she always managed to follow her heart and trust her instincts. In the interview, she says, "We are all individualists, but we live in a system that ensures we react relatively the same way to things. From my mother I learned what Resilience Means. I've always set goals for myself and instinctively knew that even though I'm miserable today, I'll feel good in a few months."