Simone Hoch: From a terrible blow of fate to new strength 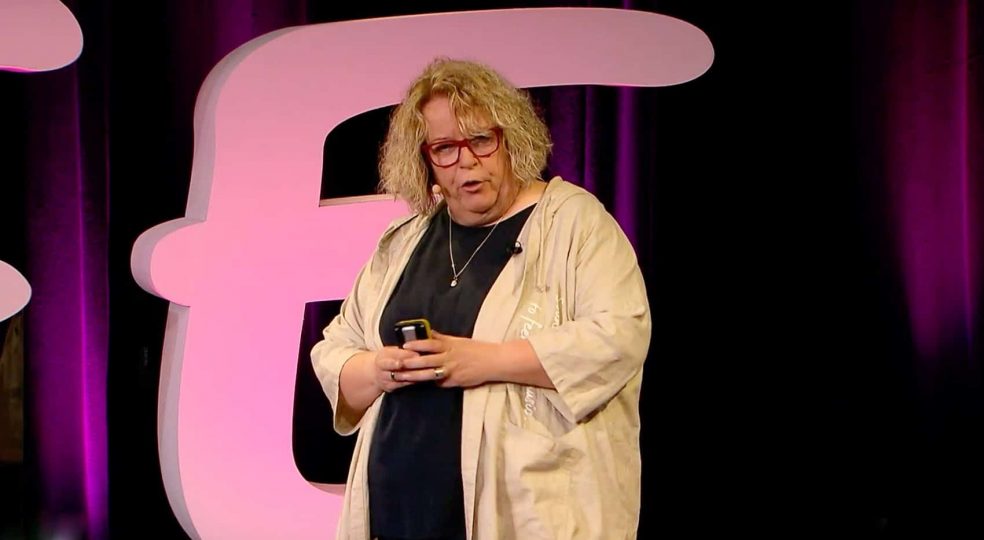 Simone Hoch is a power woman and a fighter. At the age of 45, she experienced a terrible stroke of fate that turned her life upside down in a fraction of a second. But despite the huge crisis, Simone Hoch found the strength not to give up during the darkest time of her life. She discovered room for manoeuvre and gave her life a new meaning. Learn more about the story of a woman who started a new life at the age of 47 and became a true role model for positive Beliefs and the power of change is!

Simone Hoch says: "I started training as a paramedic when I was 47. It wasn't easy, because if you decide to go in new directions at that age, there must have been a massive cut in your life beforehand." What had happened? The speaker recounts, "For a whole 44 years I had a nice life. But over the course of my 45th year, the little asshole that life can sometimes be decided: enough of happiness." Her daughter was killed in a traffic accident and Simone Hoch was at the absolute bottom of her life.

About the loss of her daughter she says: "When your child dies, your heart breaks. Your soul gets cracks and the world stops. It is unbelievable what happens. Our friends took care of us and helped us get through the first few days. The day of the funeral came. And then came the day after. I woke up and I was alone for the first time since the accident. I wanted to lie down and not get up again. My thought was, 'I'll never make it again'."

Everything lost - except hope

But despite the horror, the helplessness, the pain and the helplessness, a small gap opened up in which the ability to act arose. Simone Hoch reports: "Really bad times followed, but I tried very hard not to grieve too much. Apparently my effort was not great enough. Because after two years the most important person in my life, my husband, decided not to go any further with me. In my darkest phase of life, he let go of my hand and went on alone."

Simone Hoch fell into an even deeper hole and had hardly any courage left to live. For in addition to the loss of her daughter and the failure of her marriage, there was the complete loss of her existential security. She recounts: "I had no job, no apartment, no car, no health insurance and no income. I was standing on the street at night in slippers while my life fit into half a plastic bag. But even after that, crevices opened up where agency arose." And those very crevices were small glimmers of hope that slowly but surely grew larger.

A roller coaster ride of emotions

Simone Hoch had to act and didn't flinch for long. She explains: "I make well-considered decisions within seconds. So I decided to become a paramedic. I registered at a paramedic school and sat in the classroom with 21-year-olds on my first day of school. When you're planning a project like that, as stricken as I was, you need a teacher to save your life." Her paramedic teacher took on that role. He motivated Simone Hoch tremendously and helped her understand that life is always uphill.

After the training, things continued practically. Simone Hoch reports: "I completed my training and found an internship. The first internship shift started on January 4, 2010 - exactly on the third anniversary of my daughter's death. And so at 5:20 p.m., at the time of her accident, I was sitting in the back of the ambulance, crying quietly."

But the training and the subsequent internship gave Simone Hoch a new sense of purpose. Today, she can laugh again and recounts: "I learned a lot and afforded everything I could during this training. I drove off the oil filter of an ambulance in the middle of the city centre, at the bus station, directly in front of the editorial office of the Solinger Tageblatt. I drove to missions with the doors open. My colleague and I drove over the roads in June with our snow chains down. We did everything wrong that you can do wrong."

What helped her find her way back to life? Helpers who trusted and believed in her. When Simone Hoch looks back today, she looks at a chain of people who helped her see the fissures that opened up and allowed agency. She says, "You must never fill those crevices with bitterness or with the question, 'Why me?' Instead, they must be filled with action. I wish for everyone that nothing as terrible as me ever happens to them. And if it does, never forget the wonderful words of Leonard Cohen who said, "There is a crack in everything. That's how the light gets in."