With a sociogram you arrange your team optimally 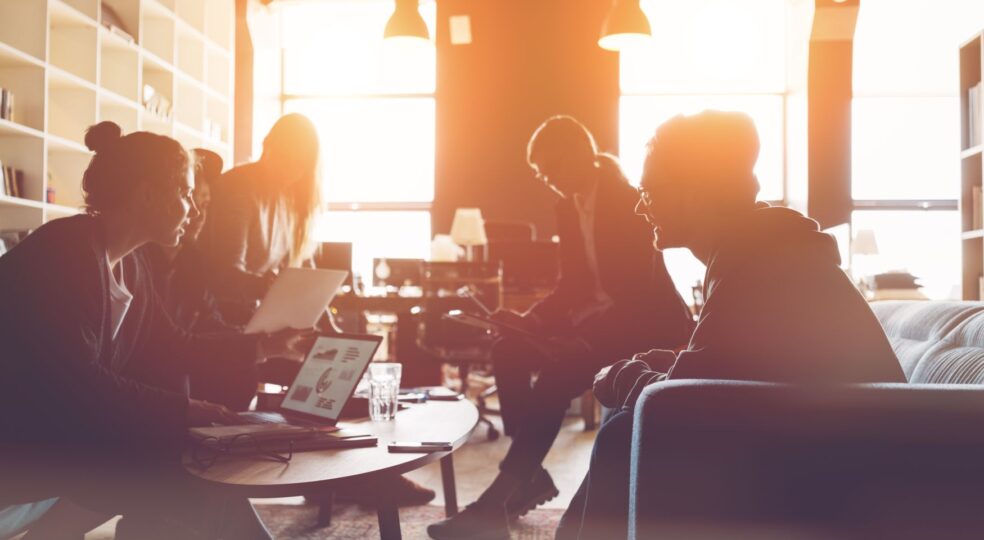 Interpersonal relationships can quickly become quite complex. The larger the group, the more confusing the connections between them often become. A sociogram is a valuable tool for keeping track of things, because it graphically depicts all relationships.

Simply explained, it shows how the members of a group relate to each other. With it, sympathies, small conflicts or even pronounced antipathies can be easily revealed. The structures within the group become measurable thanks to the sociogram and form a valuable basis for improving social behaviour. You can also use it to resolve hidden conflicts that may not have been perceived as such before.

That's why you should definitely start working with sociograms...

In a group, the relationships between the individual members quickly get lost. That makes it all the more important to find ways to stay in the picture at all times. This not only provides you with valuable insights into where the air may be thick, which negatively influences the working atmosphere. Sociograms also show you which team members get along particularly well and should perhaps work together more often in the future. In a nutshell, sociograms reveal the Group behaviour open.

Which people might even push each other forward or who can still learn something from whom? Sociograms provide you with all these insights. Not only can you solve problems that may be slowing down the effectiveness of the team, but you can also let exactly those people work more closely together who optimally drive productivity in this combination.

An insight into the history of sociometry: This is how the sociogram known today came into being

Let's take a little journey through time together and get to the bottom of the beginnings of sociometry. We travel to the beginning of the 20th century. We are now in Austria, standing alongside Jacob Levy Moreno. The psychiatrist, who incidentally was also a student of Sigmund Freud, was working in a refugee colony where he observed interpersonal conflicts of various kinds at close quarters. It occurred to him that there must be a way to organize all these relationships in order to avoid conflict situations.

We travel on to the year 1925 and meet Moreno again in the United States. Here he has settled down to create the theoretical basis for his idea of relational organization. Other researchers were also taken with Moreno's thought processes and support him in bringing sociometry into being.

From a small idea to empirical social research

Let's travel further in space and time. We now find Moreno in New York, specifically at Sing Sing Prison. It was here that he first put his sociometric approach into practice on a large scale. The diversity of interpersonal relationships in the prison went far beyond those Moreno had observed in the refugee colony. This enabled him to look at the big picture on a completely different scale.

It was precisely this experience that formed the basis for the sociograms he used to visualize and examine the sympathies and antipathies within a group. Moreno published his sociograms in the scientific community in North America and was met with approval. The response was very positive and sociometry gradually became recognized as an effective method for the psychological analysis of interpersonal relationships. So Moreno went on to complete success. And the rest, as they say, is history.

Where can you use sociograms?

Sociograms are particularly popular with children. They have so far been able to establish themselves in school classes and even in kindergarten. Educators and teachers like to use them to be aware of conflicts among the children and also to visualize positive interactions. Knowing what the sociograms offer them, they can better relate to the children and the group as a whole - as well as influence group dynamics. But of course, sociograms aren't just a great tool for interacting with kids.

It also makes sense for your team in the company to regularly resort to the graphical representation of interpersonal relationships. It allows you to accurately visualize and analyze group dynamics and those of individual team members. This helps you to Communication to improve significantly. Sociograms also form a valuable basis for corporate development and coaching in teams as well as with individual employees.

To do this, you ask each member of your team about their relationships with their colleagues and superiors. The relationship with regular customers can also be relevant if you maintain particularly close contact with clients in the company. Unlike the organizational chart, for example, the focus here is not on the hierarchical structure in the group. All the attention is on the relationships between the members of the team.

The sociogram as a snapshot

We all develop further in our personality. Accordingly, our interpersonal relationships are also subject to change. A sociogram can only ever represent the current situation. It is more or less a snapshot and you should always look at it as such. Some relationships can look completely different tomorrow.

Are you still considering conflicts that have long since been resolved, are you unnecessarily dwelling on problems that no longer exist? On the other hand, it can also be that you rely on the excellent cooperation of two team members, although both have developed in two completely different directions in the meantime.

You can already tell - sociograms will only help you if you and your team create them regularly. Only then will they provide you with meaningful results over the long term, which you can use to move the group dynamics in the right direction.

How do you create a sociogram?

That was all a lot of theory, wasn't it? Don't worry, we're not going to beat around the bush any more, we're finally going to get down to the nitty gritty. So how does it work with the sociogram? We'll show you! You create a sociogram in three steps:

So first you consider who should be included in the sociogram. Is it the whole group, is it just individual members, or should even people who are not directly part of the team but have an influence on it be included in the graph? You are not sure? Then first think about what exactly you want to achieve with the sociogram. This will determine who you can best include in it.

Select the group of people in a target-oriented way

If you only want to document group processes and limit yourself to what happens within this circle, it makes little sense to involve outsiders. Here, all members of the group are needed so that you can identify conflicts, the formation of small groups within the team or particularly effective alliances. Are cross-team projects part of everyday life in your company? Then extend the sociogram to other people. All those involved, regardless of which team they actually come from, should then become part of the graphic representation.

In cross-team projects, sociometry is even a particularly helpful tool. Within smaller teams that work together very frequently, there is usually a good working atmosphere, because the group knows each other well and is well-rehearsed. However, if people from different teams are thrown together again, this is not always the case.

Especially when it comes to communication, things sometimes go wrong, so that possible points of conflict and antipathies often remain hidden. With sociograms, they are all uncovered, analysed and, at best, eliminated. This brings the whole group forward.

Which questions are useful?

You have now defined all the people to be included in the sociogram. Now it's time to reveal the relationships between them. The best way to do this is to use targeted Ask questions. These can be, for example, the following:

These and similar questions help you to find out who gets along particularly well with each other and who performs best together. But it is also important to find out which interpersonal relationships could be improved. Possible questions here are:

Phrase your questions clearly and feel free to tailor them to a specific project that you and your team are working on.

You ask all your questions to the team members individually. At the same time, you record the answers graphically and work out the sociogram together. To do this, draw a circle in the middle and add the name of your current interlocutor to it. This is the centre of the sociogram. Around him, you place all the other names he mentions and show the relationship between them and the person you are currently interviewing.

For example, you can mark a good relationship with a thick connecting line, quarrels with lightning-like arrows and friendships with a double arrow pointing in two directions. There are no limits to the symbolism you can use. Just choose what makes the most sense to you. You can also work with a small legend, in which you once again list exactly which symbol stands for what.

How to evaluate your sociograms

Once you have interviewed all the participants and recorded their relationships with each other in the sociogram, it is time for the evaluation. Is the information mutual, or does one person evaluate his or her relationship with a certain team member very differently than he or she does? Where can such different perceptions come from? Are there team members who are particularly well-liked, get along well with almost everyone, and emerge as great conversationalists on a wide variety of issues?

With whom are there always conflicts and why is this so? Does the person concerned see it the same way or does he or she assess the situation quite differently? All these insights offer you a great basis to improve the work in the team. It also shows you in which direction the team is currently developing and gives you the opportunity to intervene at an early stage when you would actually like to take a completely different direction.

If you're honest, you don't really know where you want to go and where you want to develop together with your team? Then our Visions Challenge just the thing for you. In seven days we go on the track of the big goals and dreams in your life. What drives you deep inside and why do you do exactly what you do? Together we will find your vision!