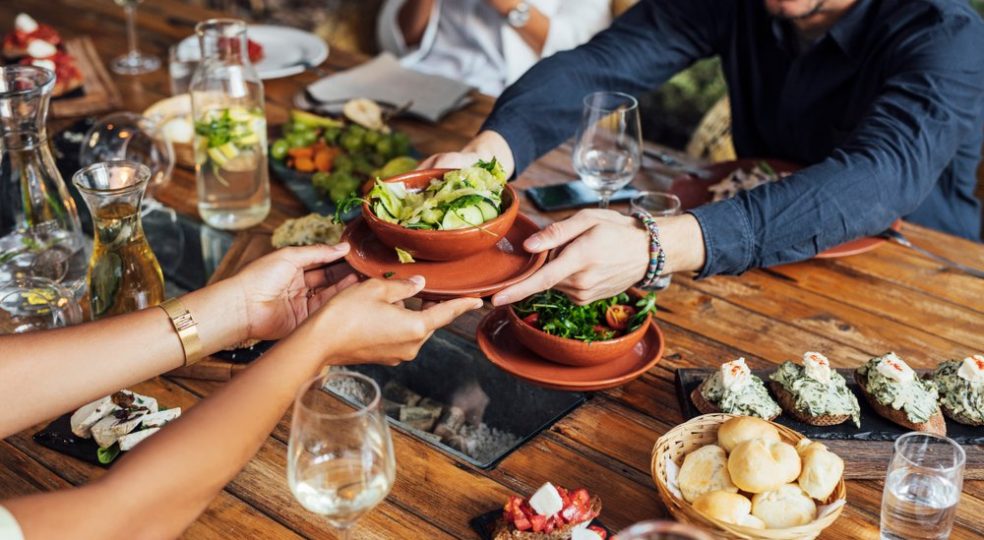 For some time now, they have it significantly easier than just a few years ago: Vegans. They find vegan menus on restaurant menus, order their soy latte in vegan cafés, buy food in the supermarket around the corner and cook according to recipes they find in vegan cookbooks. It seems like vegan nutrition has finally arrived in everyday life.

But there are still uncertainties and prejudices about the vegan diet. Questions like "What to eat Vegan Isn't it unhealthy in the long run?" will have come up against everyone who consciously avoids animal foods at some point. In the following lines you will find exciting facts about vegan nutrition. How healthy or harmful is it really to do without fish, meat, eggs, dairy products and honey? Find out here!

Reasons for a vegan diet

Eating a vegan diet means crossing all animal products off your shopping list. In addition to the above-mentioned foods, in many cases this also includes leather as well as care products and cosmetics that contain animal ingredients. But why do more and more people advocate a vegan diet or a vegan lifestyle? The reasons of many vegans are either health or ethically motivated. Below you will find the most important and most frequently mentioned reasons.

For many, factory farming is at the top of the list of motivations for choosing a vegan diet. They do not want to support the suffering of animals in mass farms. Even responsible organic farming is strictly rejected by true vegans. After all, the animals end up being slaughtered, milked or similar anyway.

Another reason for a vegan diet is to do something good for yourself. The consumption of meat and dairy products is suspected of promoting common diseases such as heart attacks, strokes and cancers. If you cut out meat and dairy products, statistically you have a good chance of avoiding these diseases. But other pitfalls lurk, such as deficiency symptoms - more on this later.

Vegan diet for the environment

Animal agriculture is not exactly environmentally friendly. It causes about as many greenhouse gases as all road, air and freight traffic on water combined. So by not eating animal products, vegans are directly helping to reduce the burden on the environment. In addition, animal farming is anything but efficient, as vast amounts of water, grain and soy are used.

A greatly reduced consumption of animal foods would therefore solve many problems in one fell swoop. A vegan diet prevents the suffering of many farmed animals, reduces environmental pollution and increases one's own health by reducing the risk of diabetes, preventing kidney and intestinal diseases and even positively influencing joint inflammation. Some vegans even feel more balanced, more able to concentrate and altogether more satisfied since their change of diet. Of course, all this is only possible if the vegan diet is balanced and does not lead to deficiency symptoms.

Vegans today are probably better informed than ever before about the difficulties and risks of their vegan diet. Especially the aspect of nutrient deficiencies should be taken into account. A purely plant-based diet can lead to a reduced intake of protein, vitamin A, vitamin B1, vitamin B12, iron, zinc and omega-3 fatty acids.

If these vitamins and nutrients are lost without replacement, serious damage can result. Persistent iron and protein deficiencies, for example, affect the hormonal system, a lack of zinc affects the immune system and metabolic processes, and too little calcium damages bones and teeth. Nutrient deficiencies can even lead to irreparable damage to the nervous system.

For this reason, a purely vegetarian diet not recommended for sick people, pregnant women, nursing mothers, children, adolescents in the growth phase, extreme athletes and seniors. Even as a healthy adult, you should definitely take supplementary nutrient preparations when eating a vegan diet over a longer period of time. If you are unsure whether your vegan diet covers important vitamins and which nutrients you are lacking, you should have a blood test carried out by a doctor.

Trend, marketing or attitude to life?

The vegan diet is in vogue. It has established itself in everyday life, is offered in restaurants, cafés and supermarkets and is used quite cleverly for marketing purposes. Instead of deficiency symptoms and renunciation, it now stands for health and enjoyment. It is important not to be blinded by the question of whether a vegan diet is suitable for you. Because a vegan diet is not just something you can do in passing.

On the contrary, it requires one, especially at the beginning of the Change of diet good planning. If you want to cut out the essential nutrients found in fish, meat, eggs and dairy products from one day to the next, you have to offer your body alternatives. Especially those who have not previously eaten a vegetarian diet or avoided lactose, but want to do without animal foods for the first time, must expect a change.

Basically, it can be said that the vegan diet is a way of life. You're not vegan because it's trendy or because your best friend does it. You follow this diet because you are convinced that you are doing something good for yourself and your environment.

Vegan diet: Yes or No?

The question of a yes or no can be answered just as little uniformly as the question of whether a vegan diet is healthy or harmful. The answer differs from person to person and depends strongly on how much you are willing to deal with vegan nutrition.

It can be healthy, environmentally friendly and delicious - but so can other diets. Likewise, you can also eat the wrong things as a vegan - or live unhealthy by not eating important vitamins. So it all depends on you and your implementation of the vegan diet.