Viktoria Schretzmayer: "Beliefs - how to dissolve them for yourself!" 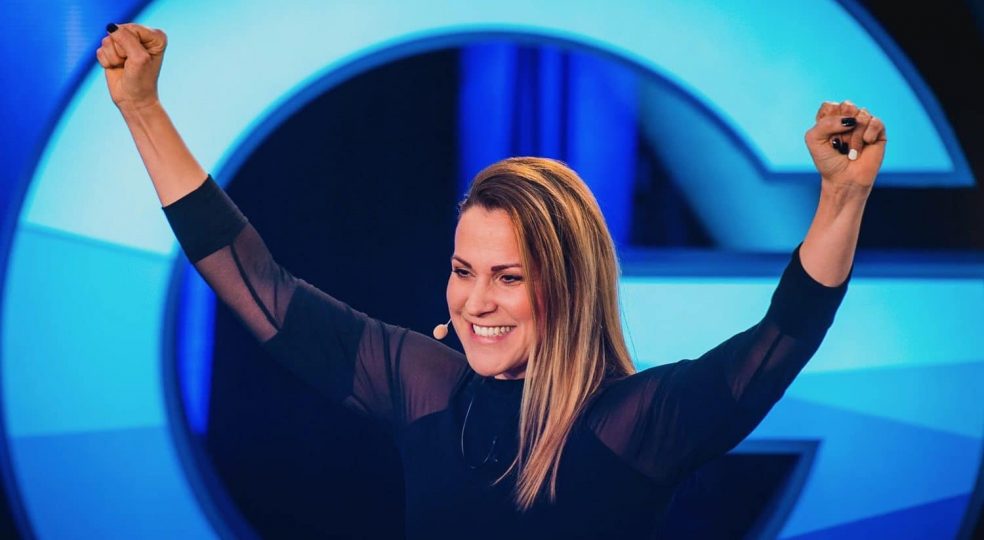 Have you ever wanted to change something in your life? And I'm sure you've also found out that it's not that easy. "I know this very well," Viktoria Schretzmayer expresses her sympathy. At the "New Faces Night" at the Volksbühne am Rudolfplatz, she spoke about wishes and beliefs. "Pretty much a year ago I was faced with the decision: Do I stay in my safe job or do I jump into the deep end, into self-employment? I chose the latter." Nonetheless, it was a longer journey.

"Various beliefs danced a tango in my head".

Why? "Let me rewind a few years: I was a permanent employee, in a management position. I was paid a good salary and drove a company car. For many years, I loved that job. Various beliefs danced a tango in my head. My ego liked it too, because I had an important position. But that voice inside me got louder and stronger. Because I had always had the dream of being independent. For a long time, I told myself: "What I'm doing now is like being on my own. But that was only half the truth.

The desire for my true Self-realization was getting bigger and bigger. So I embarked on my inner journey: What do I want? What does my heart feel? And who am I? I love to inspire people, to work with them, to motivate them. Along the way, I trained as a spiritual coach and was already working as one. But too great was the fear of losing my Leaving comfort zone with job security. There I rested well and put my dream in the second row. I drove with the handbrake on. That was frustrating!"

"My beliefs were slowing me down".

Until Viktoria Schretzmayer gathered all her courage to quit. "After eight years, I didn't want to just walk out on the company. So I decided to tell my boss before the weekend, on a Friday. I was so proud of myself. However - just two weeks later, I was back on the job. I withdrew my resignation. Because I had gotten scared. My beliefs were slowing me down. For safety, I stayed with the company."

Detach yourself from your beliefs

What happened at that moment? Viktoria's mind had her in the palm of its hand. Because he loves routines and security. Maybe you also know situations in your life where nothing felt coherent anymore? "So over Christmas, I booked a seven-day trip to Thailand. There I holed up in a monastery to meditate. When I got back home on December 30, I knew: "I can't go on like this! Vicky, you're taking control of your dreams now. You're going all in!'" says Viktoria Schretzmayer about her decision. She had decided to detach herself more and more from her old beliefs.

"I made a contract with myself that there would be no more excuses for anything I wanted or wanted to do. No more waiting. No more procrastination. I had done that long enough. At the beginning of January, I had €0 in sales. Today, nine months later, I'm living my dream. I'm giving workshops and talks, writing ebooks, coaching. And I quit my job for real this time!"

4 Steps - this is how you put your new belief into action!

"Now I'm standing here on stage. And all of that was far from my imagination that I could do this. What did I do differently? I took action! 'Just do it' is my new belief system.

"Don't believe everything you think!"

Do you know Pippi Longstocking? She's the one who came up with the brilliant line, "I'll make the world as I please!". But she also said, "I've never tried that before, so I'm sure I can do it." What do we say instead:

"But you can do so much more!" encourages Viktoria Schretzmayer. "You are so much more awesome than you think. Give yourself a high five and say:

'I'm great and I believe in myself!'

These are all Beliefs in my head," admits Viktoria. In English, they say "monkey mind". It means something like "the restless mind", a carousel of thoughts. "I find the idea that there's just a monkey up there keeping us from taking action extremely amusing. As soon as you take the first step out of your comfort zone, the monkey throws the old thoughts at you again.

But: Do you want to stop yourself from realizing your dreams? The next time fears and doubts come up again, remember this monkey! You will encounter him again and again in your life. Accept him lovingly and tame him. Still, make your dreams come true."