Attention Deficit Disorder: How ADD and ADHD manifest themselves 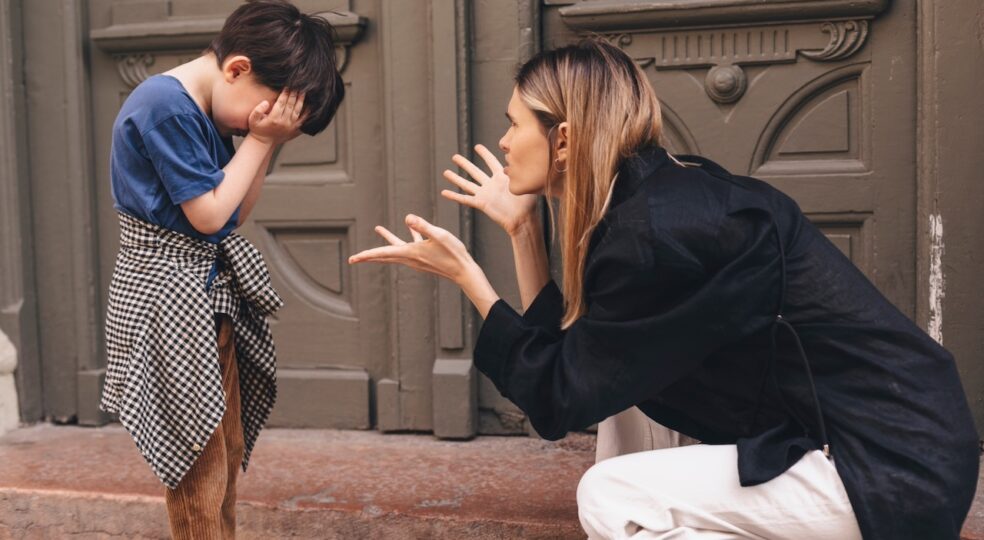 Do you have trouble concentrating, get distracted incredibly quickly, and often get all jittery? Or maybe you've noticed these things in your child from time to time? Then you've probably already thought about whether there might be an attention deficit.

In fact, ADD and ADHD are being diagnosed more and more frequently in recent years. So it's high time to learn more about it!

What is an attention deficit?

It can be divided into two forms: ADHD and ADD. ADHD describes an attention deficit syndrome with hyperactivity, ADD without hyperactivity. The biggest difference lies in the behavior of the affected person in situations that require increased attention.

Those who suffer from ADHD then drift off mentally and begin to daydream. On the other hand, those who struggle with ADHD stand out due to additional negative side effects. This can be physical restlessness, but also refusal to work.

How does attention deficit disorder manifest itself?

We have already indicated in parts how an attention deficit disorder can manifest itself. Now let's take a closer look. Such a disorder is best observed in mentally demanding situations. If high concentration is required over a longer period of time, problems occur. Tasks are not completed and the attention is already on the next activity.

There may also be above-average physical activity. Constant wiggling of feet and legs while sitting or the urge to get up and walk around again and again are characteristic.

However, those suffering from ADD or ADHD can also be conspicuous for their impulsive nature. Supposedly harmless situations escalate quickly and an argument ensues. This in turn can lead to severe problems in the social environment.

How does an attention deficit develop?

For a long time, scientists disagreed on how and why an attention deficit occurs. Opinions are still divided today, but there are now some points that have actually been proven in various studies. It is scientifically accepted that the transmission and processing of information in the brain is faulty in people with an attention deficit. It is also not uncommon to observe that certain brain areas show altered sizes. However, it has not yet been proven whether this change is really related to ADHD.

Genetic predisposition also seems to play an important role. However, it is not yet clear exactly which genetic sequences have an influence here. Another theory, which has not yet been fully proven, is that increased exposure to pollutants could be to blame for the development of ADHD and ASHS.

What does play an important role, however, is the behavior of the mother during pregnancy. According to studies, the intake of paracetamol is associated with the possible occurrence of an attention deficit in the unborn child. British and Dutch researchers even came to the conclusion that the excessive consumption of sugar and fat during pregnancy can promote the later development of ADD and ADHD.

In some cases with children, however, the explanation lies somewhere else entirely: they are highly gifted. Only very few parents consider this possibility; after all, it is not every day that a highly gifted child is born. However, it is not uncommon for ADD or ADHD to develop when the offspring is simply underchallenged.

The children are bored and prefer to find their own cognitive challenges, which is often simply labeled as attention deficit disorder. So before a doctor makes a diagnosis of ADD or ADHD, he or she first checks whether there is any evidence of giftedness.

How to treat attention deficit?

First of all, it is necessary to determine how severe the attention deficit is in the first place. Mild forms usually do not require any treatment, provided that the affected person does not suffer too much from it. Moderate to severe forms, on the other hand, are treated to minimize the resulting impairments and make everyday life easier.

ADD and ADHD manifest themselves differently in each person, which is why the therapy is completely individual. For children, the decisive factor is their current level of learning. For adults, it is the circumstances of their job and family life. It is important that everyone cooperates. So it's not just doctors and therapists who are needed here, but the entire family.

From a medical point of view, the psychotherapeutic approach is first and foremost the focus. Curative educational and nutritional therapeutic measures are also conceivable. In the case of severe attention deficit, drug treatment may also be considered under certain circumstances.

In most cases, it is children who are affected by attention deficit. It is one of the most common behavioral disorders among minors. It is estimated that up to 6 % of children and adolescents suffer from it.

It is very important to emphasize that not every child who is inattentive and restless necessarily suffers from ADD or ADHD. Only when this behavior persists for more than six months and affects various areas of life is a suspicion justified. It is then up to medical professionals and psychotherapists to assess whether or not an attention deficit is actually present.

Especially at a young age, it is important to take such a deficit seriously and initiate treatment. Otherwise, the child's social and educational development can be severely impaired. Poor grades and reduced educational attainment can be the result of attention deficit disorder. Reduced social contacts, on the other hand, can result from the strongly impulsive behavior of the child result.

For a long time it was assumed that an attention deficit only occurs in children. Fortunately, today we are smarter and know that this is not true! Numerous studies show that adults can also suffer from it. However, compared to children, they are much better able to develop coping strategies thanks to which they can suppress the symptoms.

As a rule, however, it is actually the case that ADD and ADHD form in childhood, but then persist into adulthood. According to studies, this is the case for about 67 % of those affected. Anyone who suffers from an attention deficit as an adult was therefore already affected in the same way as a child.

If we consider the entire adult population, there are about 3 % who suffer from ADD or ADHD. In most cases, women are affected. In them, however, the symptom of inattention predominates. There is rarely any sign of hyperactivity, which often masks the attention deficit. Most adults therefore do not even know that they suffer from it. The number of unreported cases is therefore probably much higher than 3 %.

Only in recent years has a diagnosis of ADD and ADHD in adults even begun to be considered. In many medical practices, however, the opinion still prevails that such cases are far too unlikely to actually be present. It is also often thought that adults are able to cope with symptoms on their own and therefore do not need therapy. But this can have devastating consequences.

Even though adults are often able to develop coping strategies, this does not mean that they are able to heal themselves. Those who suffer from attention deficit in adulthood are often unable to manage their own lives satisfactorily. This can be frustrating and the personal fuse gets shorter and shorter. The result is impulsive actions, inner conflicts and frequent quarrels with fellow human beings.

Do you recognize signs of an attention deficit in your child, or perhaps it has already been diagnosed? Then first and foremost, accept the situation as it presents itself. Don't put a stamp on your child that society unfortunately often inevitably puts on him or her. What do you think would be the first step to make the best of the situation?

Perhaps it will help the relationship between you and your offspring to show him again and again and to let him feel that you love him as he is. As long as you do not attach too much importance to the subject, your child will not either. Children Coaching can offer you solutions for everyday life so that you can have a better interaction with each other.

In our Learning coach training is also about routines for children. But also about skills to make learning more fun again for the child and to motivate him or her. Find out how your daughter or son learns best thanks to various tricks and tips. And look forward to a more relaxed cooperation!

The 10 best tips for
Fun and success in learning

In our free e-book you get 10 tried and tested tipsthat will help you to support your child in learning in the best possible way.
REQUEST NOW FREE OF CHARGE
Reviewed by Dr. med. Stefan Frädrich