The Enneagram: 9 personality types in one diagram 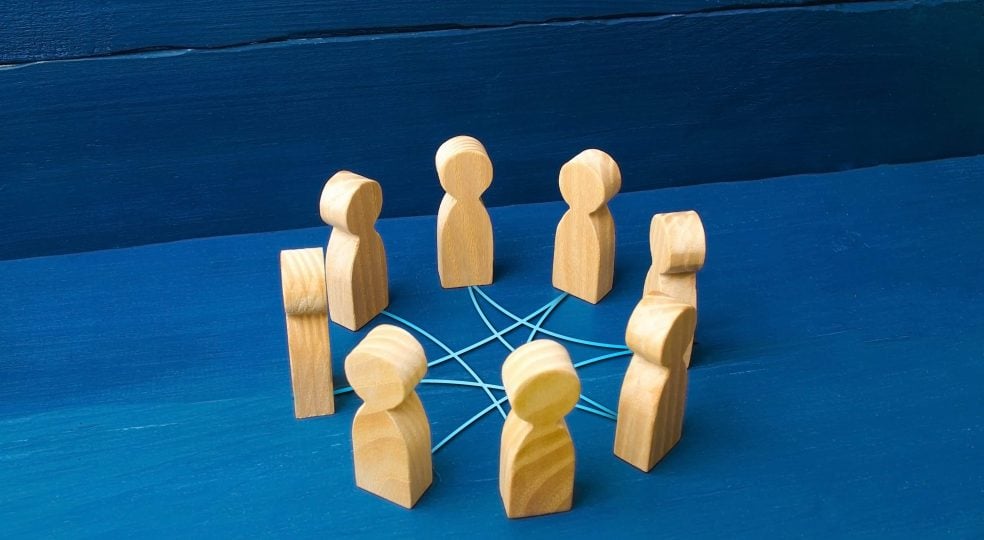 Developed about a hundred years ago, the Enneagram - a geometric figure based on the number nine - has had a long and eventful history. Originally, the Enneagram concept stems from magical-mystical thinking. In the course of the 20th century it underwent numerous changes and revisions. They range from religious-Christian interpretations to attempts at scientific substantiation. What practical use does the Enneagram have today for the Personality Development?

Where does the Enneagram come from?

Opinions differ about the origin of the Enneagram. Some believe that it comes from antiquity or from Sufism. Others, however, are convinced that the enneagram has a Christian origin. For example Evagrius Ponticus, a 4th century Christian mystic, a model that some consider a precursor to today's enneagram. Also Ramon Llull, a Catalan Christian mystic who lived from 1232 to 1315, developed symbols similar to the enneagram, which he used to, among other things, describe virtues and vices. Inspired by Llull's teachings, Athanasius Kircher, a polymath and Jesuit priest who lived from 1602 to 1680, explored these preliminary stages of the enneagram. The form in use that is being applied to this day was developed by Georges I. Gurdjieff .

Gurdjieff was a writer, choreographer and esotericist who taught throughout his life, primarily in Russia and France. His teaching of the Fourth Way still has a worldwide following today. This is a system for the development of the human being in which body, mind and soul are to be harmoniously integrated. Georges I. Gurdjieff was probably born in Russia in 1866 and died in Paris in 1949. His teachings are today mainly known through his most famous disciple P.D. Ouspensky, who was the first to present his studies to a wider public. Therefore also his teaching on the Enneagram, which Gurdjieff presented to his students in 1916.

Whether he developed the system entirely himself or relied primarily on ancient sources that he encountered on his numerous travels remains disputed until today. Gurdjieff used the system of the Enneagram in the context of his teaching of the Fourth Way. This contains elements from Christianity, Buddhism, Sufism, Kabbalistic teachings and Judaism, among others. Gurdjieff considered self-deception to be one of the greatest evils from which human beings suffer. In his opinion, it is the greatest obstacle between man and the development of his fullest potential.

What ideas underlie the Enneagram?

The Enneagram as a symbol is composed of various symbols. The basic figure is an equilateral triangle. The vertices of the triangle lie on a circle. According to Gurdjieff, each corner point stands for a life-giving force. To the right and left of these vertices of the triangle, other points are placed on the circle. Taken together, this creates nine corner points. These stand for the so-called basic types. It is assumed that people rarely embody only one of these basic types. Rather, the personality profiles of most people result from the interrelationship of the basic types among each other.

What are the Enneagram types?

Nine different personality types are described with the enneagram. They are usually referred to in short form as "ones", "twos" and so on. Each personality type is distinguished by characteristic qualities that influence his thinking, feeling and acting and determine his value system. The following characteristics are attributed to the Enneatypes:

Basically, no personality type is "better" or "worse" than another - the type only gives indications about how an individual approaches, sees and behaves in the world. Mixed types are common. The Enneagram type is meant to describe only the most salient personality traits that represent a basic tendency. The type system is differentiated by the so-called "wing" - types that deviate to the right and left of the basic type on the Enneagram diagram. For example, a Two ("helper type") is often said to also possess traits of Ones ("perfectionists") and/or Threes ("doers"). Depending on which influences are stronger, one speaks of a "left wing" or a "right wing".

How is the Enneagram used?

or even arbitrary. In addition to this lack of scientific foundation, the sometimes very different interpretations of the types are repeatedly criticised. Nevertheless, because of its relevance to everyday life, the model is quite popular in the business world and is used, for example, in job interviews and for personnel coaching. The Christian churches have an ambivalent relationship to the Enneagram, but it is still widely used by Catholics, the Protestant Church and even evangelical Christians, for example in the course of pastoral care or life coaching.

How does an Enneagram test work?

Because of its high prevalence and its very different areas of application, there are quite different test versions. They range from the 8-question quick test to the elaborate question inventory comprising more than a hundred questions. Many of these tests can be taken online on the Internet. A typical Enneagram personality test consists of a number of statements that are ticked off by the respondent as true or false.

Such a statement could, for example, read: "I feel most comfortable when I can determine where things go" - whoever fully agrees here could be assigned to the Eight type if other answers support this. Usually 3, 4 or 5 answer options are offered for the self-statements (for example "fully agree" - "tend to agree" - "tend not to agree" - "don't agree at all"). Each self-statement can be attributed to a particular type. By the answers points are allotted to each enneatype. Finally, the type with the most points is added up - this is the basic type of the respondent.

What does an Enneagram test say about me?

Like many others DISC personality test nor can the Enneagram test describe any personality down to its depths and details. The human psyche is complex and often enough contradictory - and we often react in different ways in different situations. However, the test shows which statements about ourselves we identify with the most. From this, a certain structure of needs and reaction tendency can be derived.

The nine basic types serve as a guideline as to which character traits we live out most strongly. This allows conclusions to be drawn about what drives us and which needs are paramount for us, for example belonging (Six and Nine), security and control (One, Five, Six, Nine) or independence (Three, Four, Seven, Eight). If you know your needs, you can use this in your life and work. Career Planning take into account. And those who learn to assess their counterparts according to the criteria of the Enneagram can align their communication accordingly and thus, for example, address customers or business partners in a way that arouses their interest and meets their needs.

What are the weaknesses of the Enneagram personality test?

With Gurjieff, three basic types arise from the vertices of the triangle. The three basic types are: the belly type (instinct), the heart type (feeling) and the head type (mind). This basic figure is completed by the two points lying next to each of the basic types, with the neighbouring points belonging to the same basic type as sub-points. The interactions that can result from the connections between the individual points are sometimes seen as beneficial or favourable, or as less beneficial and harmful. Over the years, many authors and groups have taken up this rather simple model, developed it further and often adapted it to their own views and models of thought. As a result, many different Enneagram models and personality tests exist today, some of which differ considerably from one another. Therefore, the Enneagram is less suitable than other methods as a uniform and reliably transferable model.

What are the alternatives to the Enneagram test?

There are a variety of personality tests and other psychological question inventories. They are all based on different assumptions and presuppose different personality models. Some of them can be considered scientifically proven and correspond to current findings in personality research, while others are based more on philosophical, religious or esoteric views. If you want to find out more about yourself, you should not take a myriad of tests indiscriminately - as a rule, this only causes Uncertainty and confusion. Recommended alternatives to the Enneagram test would be for example the Big Five test (B5T), the Gallup personality test or the DISG (Dominance, initiative, steadiness and conscientiousness).

describes 9 different personality types and their thinking, feeling and acting for more self-knowledge and personal growth
profound model for understanding personality
each type has a certain specialization with respective strengths and weaknesses
no categorization, but identification of unconscious, automatic behavior patterns
is based on spiritual teachings
START FREE TEST

Where can I take a personality test online for free?

On our GREATOR website you can quickly learn our version of the DISG tests ...to complete the test. It tells you how strong the four basic traits Dominance, Initiative, Continuity and conscientiousness are pronounced in you. A detailed test result tells you where your strengths lie and what you can look out for if you want to develop further. One of the biggest advantages of the DISG is that it gives you concrete statements that show you where development potential lies and what you can build on.