Mantra - Discover the spiritual power and use its energy for yourself 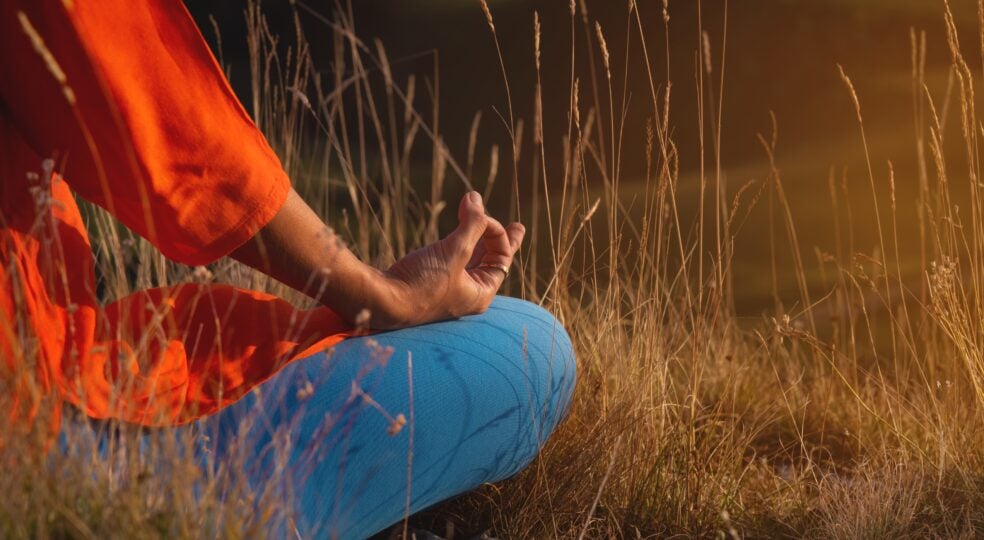 What is Mantra? A mantra can be a syllable, a word or a phrase. Often the mantra is spoken or chanted like a prayer. In Indian yoga philosophy, the magical words are considered to support the expansion of consciousness.

The term mantra comes from Sanskrit. The sacred language of Hinduism translates the term as "protection of the mind", as it is composed of the words manas (mind) as well as tra (protection).

In daily life, a mantra serves to give courage, give strength, comfort or inspire. Mantras are considered tools of the mind, whose effect depends on the sound quality, frequency and intensity with which they are used.

Mantra meaning: what are they actually?

What is a mantra actually? The term comes from the ancient Indian language Sanskrit. In southeast Asia, the sacred syllables, words or verses have been known for thousands of years. The mantra has its origin in the early Indian cultures. Mongolian and Tibetan peoples have also contributed to the origin of mantras with their traditions and customs. Shamanic seers are said to have noticed the positive effect of rhythmically speaking or singing a mantra.

In earlier times, a certain mantra was passed on from teacher to student. This mantra can be a syllable, a whole word or a complete sentence.

The special sound of the mantra is said to have a direct influence on brain activity and well-being. However, the full effect of a mantra only unfolds when it is repeated, spoken, chanted, whispered or recited for at least 10 to 15 minutes. You can also repeat your mantra in your mind if you are in an environment where you cannot recite it aloud.

What does mantra mean in our modern society? In yoga, the mantra serves to activate the chakras. In everyday life, the power of words can be used to:

How do mantras work?

Each mantra has a certain effect. There are healing mantras, short mantras and positive mantras. Unlike the affirmation, whose effect is to be classified on the mind level, a mantra works on the sound level. Therefore, thinking about the meaning of the syllables is only secondary.

If you want to activate the effect of your mantra, pay attention to the tones. Conscious devotion, such as when meditating, is said to favor the flow of energy. The technique used to internalize a mantra is often the same as an affirmation.

Similar to affirmations, mantras are chanted, spoken aloud or repeated softly in the mind. The constant repetition causes the emergence of certain sound vibrations. This creates healing and empowering energies that permeate the entire body and touch the soul.

There are a variety of mantras that are suitable to connect us with our soul, make us sensitive to sensations or help us focus thoughts. In spiritual practices such as yoga and meditation, the mantra is used to enter a meditative state.

The magic of mantras is that they help with frequent repetition, dissolve negative beliefs and to set personality development in motion. Since the increase in intensity when reciting or chanting a mantra leads to a deep meditative trance, the method is ideal for the Relax.

The 10 most popular mantras and what they mean

This word has been used for more than 2,000 years. The sacred syllable "Om" is derived from the letter AUM. This stands for the Trinity. The Om mantra is considered the sound of the universe.

Hare Krishna is called the great mantra (mahamantra) in the Hindu faith and is the most important mantra in Vishnuism. By repeating this mantra, disturbing thoughts are supposed to be blocked out. The soul enters into resonance with the Supreme. We become free for the joy that is inherent in every living being.

As the oldest mantra of Tibetan Buddhism, the phrase Om Mani Padme Hum stands for deep compassion. There is no direct translation of the six syllables. However, it is assumed that the six transcendent virtues of Buddhism (Paramita) are meant.

Om Namah Shivaya is the most important mantra in Shivaism. In this denomination of Hinduism, Shiva is considered the central deity. The Shiva mantra is associated with the "lucky charm". However, Shiva is also the god of destruction, change and constant new beginnings.

The three Sanskrit words Sat, Chit and Ananda are meant to describe nature in its highest reality. As the three qualities of Brahman (the unchanging, immortal, absolute, and supreme), the words Sat-Chit-Ananda represent the realization of the oneness of all being.

Translated, this means Mangala Mantra (Mantra of Compassion): May all living beings experience happiness, love and harmony. In yoga teachings, the compassion mantra plays a major role. Often a yoga session is concluded with the recitation of the Mangala Mantra. The verse is also often used during meditations.

The so-called money mantra originates from Buddhist teachings. In this religion of experience, it is traditional to repeat this mantra 108 times. The frequent repetition is supposed to cause the person to be showered with prosperity by the goddess Vasudhara. For Hindus and Buddhists, the number 108 is associated with profound symbolism. Thus, Hindu deities have 108 names, while in Tibetan Buddhism there are 108 earthly desires or passions.

The syllables So Ham are translated as "I am THAT". The mantra is supposed to express the unity between the real experienced world ("So") as well as the experiencing consciousness ("Ham"). So Ham is considered the sound of breathing. In this context, So symbolizes inhaling and Ham symbolizes exhaling. The So Ham mantra is usually said or thought while meditating, while simultaneously listening to and concentrating on breathing.

The Buddhist mantra Om A Ra Pa Ca Na Dhih is associated with the deity Manjushri. This Manjushri mantra belongs to the three great Bodhisattvas in Buddhism. The beings (bodhisattvas) who strive for the highest realization each have their own mantra. Manjushri is the guardian of wisdom, learning and knowledge. The five syllables of this mantra have no clear conceptual meaning themselves, but they are associated with knowledge and wisdom.

The sound sequence Om Tat Sat (also: Hari Om Tat Sat) is often said at the end of a speech in Hinduism. The mantra can be translated as: May what is said lead us to the highest truth. The parallels to Christian religious teachings are striking here. The Christian Amen has a similar meaning, namely: so be it or we trust.

How do I use my mantra in everyday life?

In Far Eastern religions such as Hinduism or Buddhism, mantras are incorporated into prayers. In yoga and meditation, the mantra is used to relax and help release certain energies. Basically, mantras are helpful in any situation. The syllables, words or sayings are easy to remember and can be used in everyday life anywhere and at any time.

Use your mantra as:

Reciting a mantra helps when you are down or anxious. Give yourself courage by reciting your mantra out loud in a firm voice. If you are angry or irritated, a mantra as a relaxation aid helps to calm you down again.

On days when somehow everything goes wrong, a mantra has an uplifting and motivating effect. Take your time to find a suitable mantra. Choose a mantra from the variety that suits you.

Practice the sentence by first reading it slowly to yourself. Try to understand the meaning of the phrase. Internalize your mantra by repeating it often. You can recite your mantra out loud anywhere, in the shower, on the way to the bus stop, or while jogging through the park.

If you are in an environment where speaking or chanting aloud is not possible, visualize your mantra! Write your chosen mantra on a piece of paper and pin it to your bulletin board so you can always see it.

Regular rituals help to strengthen the effect of the mantra. A short mantra like OM is suitable to say while inhaling and exhaling. Repeat your mantra as often as it feels good to you. You can say it out loud, chant it, or meditate on it.

15 mantra examples to inspire you

Nowadays, millions of different mantras exist. There are certain sayings for every possible life situation, which fit exactly to the topic. In Buddhism and Hinduism, the sacred verses are divided into two different supergroups, the Moksha mantras, which are supposed to lead to liberation and enlightenment, and the Siddhi mantras, which are supposed to release energies and powers.

We have divided our mantra examples into healing, short and positive mantras.

A mantra releases the positive power within us. The phrases called sacred verses in Hinduism and Buddhism have an encouraging, motivating and inspiring effect. There are short and long, healing and positive mantras. Repeat your mantra regularly so that it unfolds its full effect.