Frank Thelen talks about leadership in times of digitalization 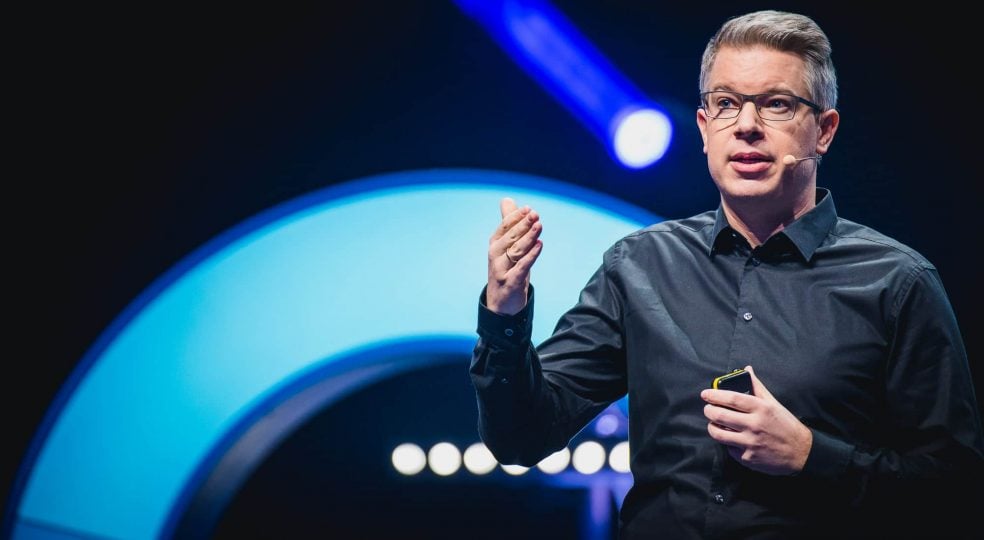 The Bonn-based entrepreneur and "Höhle des Löwen" star will be appearing at the World Leadership Summit in Cologne's LANXESS arena on April 4.

Cologne, March 25, 2019 - With the start-up show "Die Höhle der Löwen" he regularly reaches an audience of millions in front of their TV screens. Who Frank Thelen will have the opportunity to do so on Thursday, April 4, at the LANXESS Arena in Cologne. The Bonn-based entrepreneur is one of the prominent speakers at the World Leadership Summit who want to set impulses for a progressive and peaceful future.

Confident, professional, entertaining and inspiring - that's how TV viewers know Frank Thelen, and that's how the technology expert will also present himself on stage in Cologne when he talks about the importance of leadership qualities in an increasingly digitalized society. "If you want to get ahead, pain and falls are part of it," is the credo of the 43-year-old, who has experienced ups and downs himself. He founded his first company at the age of 18, but a few years later was faced with a mountain of debt amounting to one million deutschmarks, which he had privately guaranteed. But giving up was not an option for Thelen. The crisis developed into a success story: as founder and CEO of the venture capital firm Freigeist Capital, Thelen now finances and supports young entrepreneurs with a focus on technology and design and is considered one of the most successful investors in this segment in Europe. Together with the responsible Minister of State Dorothee Bär, he also heads the German government's Innovation Council on the topic of digitalisation.

In his bestselling autobiography "Startup DNA", Thelen describes the great importance he attaches to topics such as artificial intelligence, blockchain, robotics and the Internet of Things. This will also shape his presentation in Cologne. "The new technologies will profoundly change our lives in the future and also raise many social issues that we must learn to deal with," says Thelen. "That's why it's very important to me to speak at the World Leadership Summit about the great challenge of leadership in times of technological change."