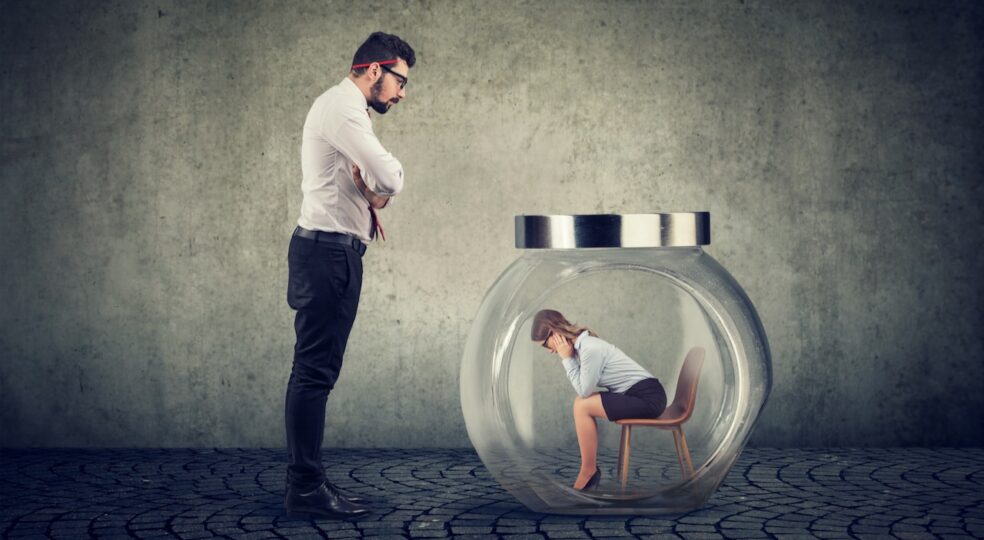 In the not too distant past, the authoritarian management style was widespread. There was hardly any alternative way to run a company successfully. In recent years, however, the issue of employee individuality and self-realization has come to the fore. The assumption that satisfied employees better performance is now considered to be proven.

An authoritarian management style is primarily characterized by a strict hierarchy. The manager alone has the power to make decisions: he or she issues strict instructions to his or her employees as to who is to complete which task and in what way. In technical jargon, this is known as the "top-down principle". The manager holds his authority by virtue of his position - not by virtue of his popularity.

An authoritarian management style does not allow employees to contribute personal ideas and concepts. The manager alone determines the goals and guidelines of the company. A single person makes all the decisions, which can be advantageous, but also involves certain risks.

Let's summarize the most important characteristics of the authoritarian leadership style once again:

Also interesting to know: Whereas in many companies it is now common practice to be on first-name terms - even up to the executive level - this is almost unthinkable in an authoritarian company. In most cases, a great deal of value is placed on polite, detached manners.

Advantages of an authoritarian leadership style

Many cooks spoil the broth: This cannot happen with an authoritarian leadership style. Since only the manager has the authority to make decisions, he or she can react quickly if necessary and make the necessary changes. Time-consuming coordination processes are eliminated, which is a great advantage in an emergency.

It is also a misconception that authoritarian leaders are self-centered and unsympathetic. Often the opposite is the case: In particular, the authoritarian appearance of their superior conveys a feeling of security to young or insecure employees. It could also be described as "paternal severity," which in turn can have a motivating effect.

Disadvantages of an authoritarian leadership style

An authoritarian leadership style is now considered to be not entirely uncontroversial. It often even has an old-fashioned, dusty feel to it. Depending on how the manager conveys his or her authority, employees may lose motivation: After all, what adult, mature person likes to be ordered around? In extreme cases, this can lead to a downright attitude of refusal.

Nowadays, it is no longer enough for most people to just work to secure their existence. Rather, it's about fulfillment and self-realization. Those who strive for this will feel as if they are locked up in an authoritarian-led company. An authoritarian management style stifles employees' creativity and initiative. In this way, the company can miss out on valuable impulses for improvement.

In the worst case, this leads to the work being done, but the quality suffers in the long term. In addition, the reward system in authoritarian leadership is often unfair: For successes, only the decision-maker, i.e. the manager, receives the recognition. In the case of failures, however, the fault tends to be sought in the workforce.

Character traits of an authoritarian leader

Whether an authoritarian management style leads to the desired corporate success depends to a large extent on the manager himself. Not every boss is suitable to be an authoritarian superior. Some even reject this hierarchical type of leadership altogether and prefer a friendly approach to their employees. If this is the case, a different type of leadership should be chosen.

Authority cannot be feigned. Anyone who is inhibited about asserting himself or making himself unpopular is not suited to be an authoritarian leader. Since the superior makes all decisions alone, he or she must have the necessary degree of self-confidence in addition to outstanding professional competence. Hesitancy and Self-doubt are out of place.

Certainly, some of the required characteristics can be learned in the course of the professional years. However, an authoritarian personality trait should already be present. Caution: This is by no means to be confused with narcissism or tyranny. An authoritarian leader also questions himself and accepts suggestions for improvement.

When should an authoritarian leadership style be used?

In the case of internal or external changes, it can also be indispensable for the manager to take the proverbial helm. Sometimes urgent decisions have to be made that no longer allow for democratic discussion. In this case, the manager must act authoritatively in order to avert possible damage to the company.

Examples of the use of the authoritarian leadership style

An authoritarian leadership style can be beneficial in the following situations:

1. the company is undergoing change

Changes, whether internal or external, pose a major challenge to any company. If everyone is allowed to have a say in how to deal with the change in question, this can lead to confusing chaos. The employees and also the managers first need orientation in order to find their way around the new situation.

However, executives should be the driving forces in the change process. They need all the relevant information to successfully support the change process (system renewal, merger, etc.). If the flow of information is missing due to a too loose management style, the desired change is in danger. This leads to frustration among both managers and employees.

Anyone who is new to a company is initially dependent on support. This is perfectly normal. After all, at the beginning of the new job, one cannot yet know how the work processes work and who the contact persons are. An authoritarian management style can provide the necessary orientation. The new employee receives clear instructions about what is expected of him.

However, people are different: For example, there are employees who, after a short period of training, work independently and have a high level of Personal initiative show. Other employees, on the other hand, have difficulty completing their routine tasks even after months or even years. Such employees repeatedly need guidance and control from an authoritarian manager.

3. an employee changes the department

It is not only a general change of job that creates a need for orientation. The same applies to a change within the company. In the event of a change in the area of responsibility, an authoritarian management style can help employees to find their way around again more quickly.

4. the manager is still new himself

A new manager must position himself accordingly in order to be respected by his employees. This does not mean intimidation or anything of the sort, but a confident demeanor. The employees must experience their new manager as reliable and true to the guidelines in order to accept their instructions and ultimately trust them.

If the manager immediately appears on buddy-like eye level, it can be more difficult to successfully guide employees. Lack of respect affects work performance, as does too much pressure. A competent authoritarian manager finds a healthy balance over time.

Basically, a distinction is made between classic, cooperative and modern leadership styles. As you have probably already guessed, the authoritarian leadership method is a classic leadership style - if not the oldest and best-known of all.

With all classic leadership styles, which include autocratic, patriarchal and charismatic leadership style the focus is on completing the work tasks. Interpersonal exchange plays a subordinate role. However, this by no means means that the manager and the employees do not communicate with each other at all. The focus is merely different.

In contrast to this, the cooperative and modern Leadership methods such as lateral leadershipthe laissez-faire as well as the democratic management style. An open communication culture within the company is characteristic. Employees can voice their ideas and criticisms at any time. The manager incorporates the impulses of the employees into his or her decisions.

Is the authoritarian leadership style still in keeping with the times?

The answer to this question may surprise you. An authoritarian leadership style is still appropriate today and even indispensable in some situations. However, proper handling plays a crucial role. The keyword is: situational leadership.

A manager should certainly be able to take action when necessary and resolve difficult Making decisions. However, denying employees their own voice on principle is neither appropriate nor purposeful in the modern working world. Managers today have to be much more flexible than they were a few years ago. They have to exude authority and motivate employees at the same time.

Should the application of the authoritarian leadership style be unavoidable due to a particular situation, the modern manager must nevertheless not place himself in the position of a dictator. Threats and complete disregard for employee needs are by no means in keeping with the times. Trust and Leadership go hand in hand these days.

How is an authoritarian leadership style accepted by modern workers?

Just as interesting as the question of whether an authoritarian management style is still considered contemporary is the question of acceptance. Today's employees are no longer comparable with the employees of fifty years ago. As a result, it is more difficult to enforce an authoritarian management style nowadays. Provided the manager adheres to a few principles, however, it can still succeed.

As already mentioned, plays Trust play a supporting role in the modern working world. Ideally, employees follow their authoritarian superior voluntarily because they understand the necessity of the (momentary) authoritarian leadership.

Communication is the key to achieving this. The manager should personally explain to his or her employees why an authoritarian leadership style is necessary in a certain situation:

"We are currently in a crisis, which is why there must be stricter rules in the future."
"Since the customer XY several times dissatisfied was, I will redistribute tasks and monitor results."

Important: The modern authoritarian supervisor is perceived by his employees as a mentor, not a bully.

The authoritarian management style has long since ceased to be as widespread as it was in earlier times. Nevertheless, it plays a role in many companies, at least temporarily and depending on the situation. Applied correctly, it can help increase the company's success and serve to avert damage. Insecure employees can also be effectively guided by an authoritarian leader.