Conflict skills: Use these skills to get ahead professionally 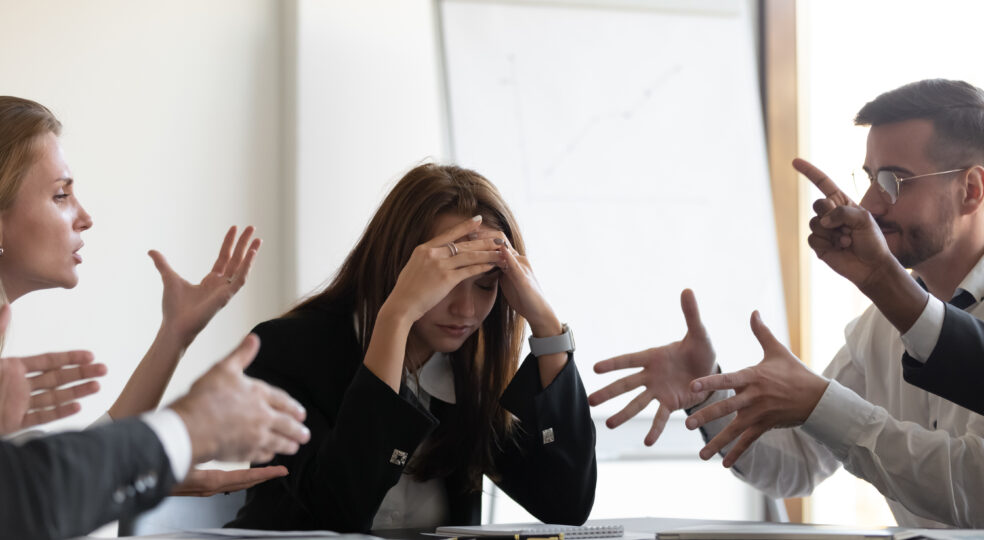 Are you good at arguing? That's not a bad thing, it's a sign of conflict ability. But if you constantly avoid conflict, you won't be able to assert yourself. Arguing, however, can be learned. If you overcome your fear of conflict, you will feel stronger and less controlled by others.

Different opinions can't always be bridged, but you can talk about it. It is important that you do not let the argument get out of hand. Verbal attacks below the belt or physical confrontations are also not a good solution.

There are many ways to respond to conflict. In your private life or at work, it's worth working on your ability to deal with conflict. You won't be happy with a supposedly simple avoidance strategy.

What is meant by the ability to deal with conflict? Above all, it is about the constructive resolution of a dispute. Personal insults have no place here. If you are truly able to deal with conflict, you can resolve the issue without anyone suffering - not you and not your initial opponent.

People who are capable of conflict can tell if the conversations are leading to an actual or apparent agreement. Perhaps one of you has backed down to get to the end. Optimally, conflict capability leads directly to conflict resolution.

What is conflict ability and where does it start? Sometimes it starts at an early stage. Some people have a particularly fine sense for bad moods and emerging conflicts. If you react quickly, you can eliminate such disputes at an early stage before they escalate into a major conflict.

Other problems remain below the surface for a long time and become a smoldering fire. Then it may come to a loud outbreak. The opposing parties shout at each other, perhaps there are even physical attacks: In such a case, acute conflict management is necessary.

Prerequisites for acting in a way that is capable of conflict

You want to know what conflict skills mean and what prerequisites you need for them? At Greator you will find many Conflict Management Info. Among other things, the focus is on the prerequisites for the ability to deal with conflict:

The ability to deal with conflict is formed in childhood. How did you deal with disputes in the past? Your typical behavior may evolve, but often fundamental Beliefs also preserved in adults.

Everyday and extraordinary situations show how conflict averse or conflict capable you are. How does the argument turn out? Maybe you back down quickly to avoid stress. Or you trump loudly to show strength. The middle path is usually the better choice for managing conflict in a sustainable way.

In education and psychology, it is said that conflict skills can be learned. This means that you can change if you are conflict shy. Because it's not just your personality that influences your actions in difficult situations. Environmental conditions also play a role. These can be material or social conditions that create a certain power structure.

What conditions influence the ability to deal with conflict?

Social position is an important factor in dispute situations. The boss has the power to make decisions and can override conflicts - this is especially true in companies with fixed hierarchies. Another example is the relationship between men and women. Women still seem to have fewer opportunities to act. This is because they have been dependent on men for many centuries. But women can be just as capable of conflict as men - provided they do not allow themselves to be negatively influenced.

The emotional level also plays a role when it comes to conflict resolution. On a relationship level, it quickly comes to emotional blackmail or to excessive consideration. Some people have FearThe other person is not willing to hurt the other person, so they give in to the dispute. This makes it difficult for the conflict partners to negotiate objectively.

Why is the ability to deal with conflict important?

In some cases you have to endure conflicts, in others a constructive solution is required. The importance of the ability to deal with conflict is thus reflected on the one hand in a certain Resilienceon the other hand, in goal-oriented approaches to solutions.

So conflict competence is very important for emotional stability. If you're able to deal with conflict, you don't let it drive you crazy right away when it comes to an argument. You are less susceptible to stress, both at work and in the family.

Especially Executives should be capable of dealing with conflict. In a very messy situation, an outside person can also help. Here, in addition to the ability to deal with conflict, professional competence is also an important point.

In almost all situations, a conflict can arise. Sometimes it happens right away, sometimes the conflict evolves. Dispute slowly and subliminally.

A few typical examples from the profession:

Conflict skills on the job

Many obstacles await you in your professional life. Sometimes they are factual problems, but often people stand in your way. If you shy away from conflict, you won't make any progress. That's why you need a certain amount of conflict management skills to survive.

Often, the courage for conflict resolution grows with self-confidence. The first steps are therefore particularly important. Perseverance is also required, especially if you want to make a career.

As a leader, you not only have to manage your own conflicts, but also the conflicts in your team. With empathy you recognize what's going on in good time. Then you address the problem directly - in a discussion with the main people responsible. With energy and reason, you will find a suitable solution to the problem together.

Tips for the conflict conversation:

Ability to deal with conflict in a private environment

In private life, differences of opinion are often the triggers for a dispute. In addition come Misunderstandings in communication. That is why several types of conflicts often combine with each other. Typical private conflicts are:

Personal conflicts are often difficult to manage, because emotions always play a role in the approaches to resolving them. This makes it difficult to remain objective. Different attitudes to life and interests often increase the conflicts. How well the relationship runs therefore depends on the potential for conflict in the partnership: Some people can withstand more than others.

At Greator Personality Test you learn a lot about yourself: How do you deal with conflict? How sensitive are you to disagreements?

Managers are often unsure how to handle the conflicts. Some feel uncomfortable and hire an external coach. Team training may help, but in many situations it makes more sense to become active oneself. For this, however, those in charge need a certain level of competence. The impact on existing conflicts and one's own role are relevant factors in conflict management.

With the following tips and exercises, you can improve your ability to deal with conflict and assert yourself better in difficult situations. This is not only an advantage in your professional life, but also in your private life.