Emotional intelligence: what is it and how can you foster it? 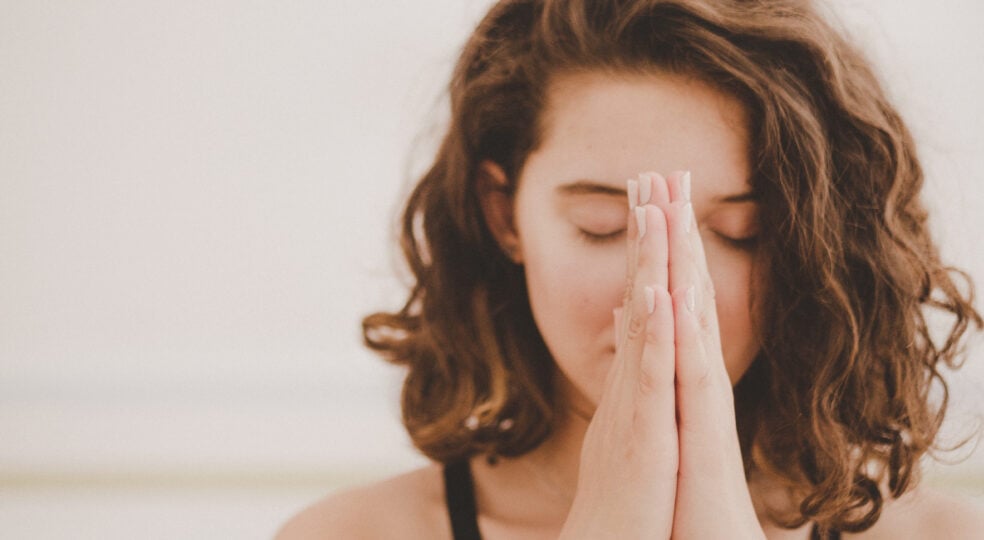 Being intelligent doesn't necessarily have anything to do with having a straight-A diploma or having completed a degree. Scientists distinguish between nine forms of intelligence. You have certainly heard of the so-called intelligence quotient (IQ for short). You may even have taken a test to determine your IQ. In the interpersonal area, however, IQ is of secondary importance. Here, the most important thing is the EQ is of decisive importance. The latter indicates your emotional intelligence. In the following, we will deal with the question of what emotional intelligence is all about and how you can promote it.

Emotional intelligence: What does it mean?

The term emotional intelligence was coined in 1990 by the U.S. psychologists John D. Mayer and Peter Salovey. However, EQ only became known worldwide seven years later, after the well-known author and psychologist Daniel Goleman wrote a book on the subject, which immediately conquered the bestseller lists. Since then, EQ has found widespread application in modern psychology.

According to Goleman, emotional intelligence is based on the following 12 competencies:

The 4 types of emotional intelligence

To reliably measure a person's emotional intelligence, psychologists Salovey and Mayer have broken down the complex characteristics of EQ into four levels:

Let's take a closer look at the four core areas of emotional intelligence:

To understand emotions, you must first be able to perceive them at all - both in yourself and in other people. This includes, for example, the perception and correct interpretation of gestures and facial expressions.

Do you notice immediately when someone's shoulders are slumped or they're on the verge of tears? Can friends and family not hide happy news from you for long? This could be a sign of high EQ on your part.

Being aware of emotions is one thing. Emotionally intelligent people are also able to use their existing emotions in a goal-oriented way. This includes, among other things, Set priorities: What do I have to take care of first? What do I have to pay special attention to? How can I best help whom? Of course, self-care is also an important topic.

Emotions can be due to a variety of reasons. Someone who is angry may have just had an argument with their partner or suffered a financial setback. Emotionally intelligent people can interpret emotional expressions correctly in most cases.

You feel exactly whether the angry, indifferent or anxious reaction is due to themselves (personal conflict) or whether external factors are causative. People who lack emotional intelligence often relate every emotional emotion of their counterpart to themselves. This often leads to misunderstandings and conflicts.

The gift of actively influencing existing emotions is one of the most important characteristics of emotional intelligence. Emotionally intelligent people possess the Ability to self-regulate. This means that they don't just let their feelings get the better of them.

Emotional escalations (e.g., accusations, name-calling, outbursts of anger and tears), which are usually very damaging to interpersonal relationships, are avoided. If someone else is upset, an emotionally intelligent person manages to calm down his counterpart.

What are the characteristics of emotional intelligence?

We have already familiarized you with the 12 competencies of emotional intelligence. The following characteristics are easily perceivable from the outside and therefore, according to Goleman, particularly characteristic:

empathyThe ability to empathize with other people's feelings is considered the most important characteristic of emotional intelligence. Emotionally intelligent people are therefore often trusted greatly because their counterparts feel understood by them. However, empathy not only enables understanding, but also an appropriate response in tense life situations.

Self-regulation describes the exact opposite of impulsivity. Whereas impulsive people regulate their Emotions often out of control and do harm in the process, emotionally intelligent people are able to control themselves emotionally. This in no way means that they are aloof. They merely know that it is counterproductive to start an argument without thinking.

By the way, self-regulation is also a synonym for self-discipline. For example, emotional intelligence is characterized by consistently completing tasks before taking a break or turning to other topics.

Life does not always go as planned. No one is spared unforeseen events and setbacks. Emotionally intelligent people are nevertheless not discouraged. They always try to make the best of their current situation. No matter how bleak the outlook.

Emotionally intelligent people find it easy to socialize and integrate into a group. They have no difficulty building a large network of friends and supporters. This applies to both the professional and private spheres of life.

Since emotional intelligence promotes trust, it is not uncommon to find emotionally intelligent people in leadership positions, which can be seen from this scientific elaboration ...that's what I'm talking about.

They basically use their position to bring about something positive. Far be it from them to exploit their power to enrich themselves.

Unfortunately, we do not encounter emotional intelligence in everyday life as often as would be desirable. Far too often we are confronted with people and situations that make us sad and angry. An unfriendly brush-off at the doctor's office, a hurtful remark about one's appearance or professional career, a derogatory gesture in conversation ...

You will certainly think of one or two examples from your everyday life in this context. With the use of emotional intelligence, many misunderstandings, disputes, and violations of honor could be avoided.

Therefore, we have compiled below two typical examples of how emotional intelligence manifests itself in daily life.

A child falls on the playground. The mother wants to comfort it. If she is emotionally intelligent, she will say the following: "That must have hurt a lot. It's okay that you're crying now. Come on, let's put a Band-Aid on the spot."

If she lacks emotional intelligence, she will talk down the child's feelings and pass them over: "You might be acting up, it's just a little scratch! An Indian knows no pain.

You've had a nerve-wracking day at work. Your colleagues have been annoying you, your supervisor has taken his bad mood out on you, and to make matters worse, a customer has called to complain about a defect that is not in your area of responsibility.

Since you have emotional intelligence, you don't want to bring your bad mood home to your family. To vent your anger, you go to the gym after work and physically exert yourself. This way, you find an outlet for your negative emotions and don't accidentally vent your anger on someone who can't help it.

Can emotional intelligence be learned?

Every person is born with individual personality traits. The presence or absence of emotional intelligence is also largely genetically determined.

Nevertheless, certain sub-traits such as empathy and Self-reflection expand. The best way to achieve this is to start promoting it at an early age. Explanations and tips for parents are provided in this Reference book discussed.

But even in adulthood it is not too late to work on your own emotional intelligence. Conscious self-awareness plays a key role here: Why do I react the way I do? How does my behavior affect others? What would I wish for if I were in the place of person XY? Understanding the cause and effect of your behavior helps you to regulate your emotions.

5 tips to improve your emotional intelligence

You want to promote your emotional intelligence? Then the following five tips can support you:

1. do not suppress your emotions

Negative emotions such as anger, sadness and fear are very stressful. For this reason, many people tend to numb unpleasant feelings. However, emotional intelligence involves admitting and understanding them. Distraction does not help you solve the problem at hand.

To reflect on yourself, it can be helpful to write down your experiences: What situations did you face today? How did you react to them? What can you learn from this and improve in the future?

3. identify yourself with your fellow human beings

If a person around you is sad or angry, try to remember situations when you felt the same way. Let the person know that you understand. Do not minimize their emotions! The same applies, of course, to happy events.

Do you sometimes find yourself wandering off while someone is telling you something? You can prevent this by summarizing what has been said and asking specific follow-up questions.

Emotional intelligence and self-awareness go hand in hand. Deal with yourself: What Character traits make your personality out? What are you most proud of in your life? What are you good at? What do you still want to work on?

Tip: Judging yourself objectively is not always easy. Therefore, ask your friends and family for their assessment.

Emotional intelligence facilitates interpersonal interaction and is also beneficial for your career path: In most cases, specialist knowledge alone is not sufficient to successful to hold a management position. It is equally important to be able to deal with people.

Whether you are emotionally intelligent is only partly a matter of disposition. Emotional intelligence can also be fostered later in life. For this, however, it is important that you are willing to regularly reflect on yourself and also allow and question negative emotions.

How to become a Greator Life Coach

Dive into the world of coaching with our experts. You will not only learn, how you deal with your problemsbut also what it feels like when you pursue your dreams without fear.
Register now for free