What is a passive aggressive personality and how do you recognize it? 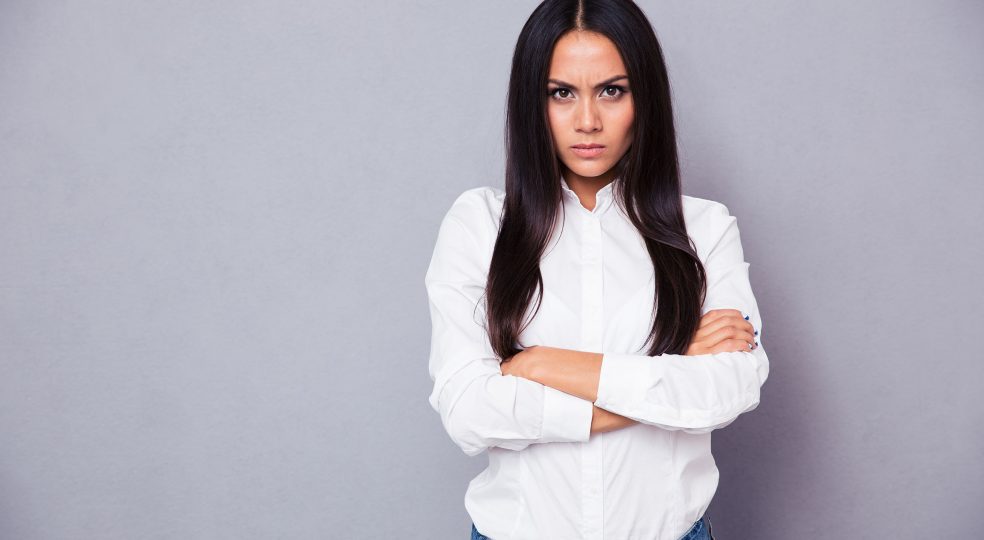 The term passive aggressive may sound somewhat misleading at first. After all, by aggressiveness we understand a direct physical or verbal attack. But there are people who express their aggression in a passive (inactive) way. This can sometimes be even more unpleasant for the environment than direct aggression.

Passive-aggressive behavior: What is it?

Their behavior is often characterized by inconsistency: Words and actions do not match. For example, the person agrees to do a task, but then deliberately does not do it. In this way, the rejected requirements are to be boycotted passively - by doing nothing.

People who engage in passive aggressive behavior often suffer from very little Self-esteem. They are of the opinion that they are inferior to others when it comes to purposeful argumentation. The latter need not really be true, but those affected are convinced of their own incompetence. The feeling of being inferior leads to great mental frustration.

Possibly the causes for this lie in childhood. Those who were brought up passively aggressive by their parents adopt this behaviour as adults. The extent to which upbringing can shape later behavior has been Scientific examined several times:

How does passive aggressive behavior manifest itself?

Surely you have been treated in a passive-aggressive way or even behaved in such a way yourself. This does not automatically mean that you are passive aggressive in general. From time to time, each of us has literally turned our ears down in order to escape from an unpopular argument or to punish others by remaining silent.

It is important that these behaviours do not become permanent. If you are no longer able to discuss constructively, you should think about it.

1. people talk about others instead of with others

Someone who is passive aggressive, avoids direct confrontation. Nevertheless, anger must find an outlet. If a passive aggressive person feels unfairly treated, he will tell his entire environment about it. However, he will never think of addressing the one with whom the core conflict exists. Instead, the other party to the conflict will be denounced to colleagues, friends and family.

2. others are made to feel guilty

The goal is to make the other person feel guilty. Passively aggressive people hope that the other party will eventually get tired of the silence and apologize. Often this works. Anyone who has ever been silenced knows how unbearable this can feel.

A person who is passive aggressive will never forget a slight. To all outward appearances, the issue causing the dispute has long been off the table - but the passive aggressive person is quietly plotting revenge. As soon as an opportunity presents itself, the other party to the dispute is discredited or their work boycotted.

In professional life, for example, the passive aggressive person does not pass on important information in order to make the opponent "look stupid".

4. there is deliberate poor work performance

In any profession, uncomfortable tasks arise. Those who are passive aggressive will by no means see why they should bother. Instead, they try to offload the unpopular tasks onto others. This is done by intentionally making the person work so poorly or slowly that the task is taken away from them must be.

Passive aggressive people often make a good mine to the evil game. This means, for example, that they are sweet and friendly to someone whom they actually despise from the bottom of their hearts. Inside, however, anger is seething. At some point, the pent-up negative feelings will seek an outlet in which the other person comes to harm.

Have you ever found that your actions and thoughts don't conform? To some extent, everyone knows this. You smile even though you're sad, or reluctantly help someone who used to treat you badly. However, if it constantly happens that outer action and inner feeling do not match, this can be an indication of passive aggressive tendencies.

6. manipulation of the environment

Passively aggressive people shy away from asking for help directly. Instead, they wordlessly show others how bad they feel so that they will take over a task or perform a favor. They complain loudly and hope that their counterpart will then give them the help they want. For this, they pull out all the stops to arouse sympathy. Keyword: subtle emotional blackmail.

7. the negative self-image is propagated

People who are passive aggressive see themselves as a misunderstood lone wolf who is burdened with unreasonable demands. In order not to be exposed to too high demands, they talk themselves down. The attempt to convince others through performance is not even considered.

Instead, they want to project the image of an overworked person to those around them, overworked Maintain people to whom more consideration should be given. If tasks actually fail because of the negative attitude, passive aggressive people feel confirmed in their incompetence. Here a vicious circle closes.

Boycotting and manipulation are clearly signs of a passive aggressive personality. If these people do not see the point of a task or simply do not feel like doing a certain activity, they leave it alone. To the outside world, the deliberate omission is presented as an oversight.

Example in professional life: The passive aggressive person is assigned a task that he considers useless. Instead of going into an exchange about the usefulness, he intentionally misses the deadline.

Example in private life: The passive aggressive person doesn't feel like meeting up with his friend. Instead of cancelling the date and thus getting into a direct confrontation, he will simply "forget" about it.

How to deal with passive aggressive people?

The most important basic rule in dealing with passive aggressive people is to address the behavior directly. Many make the mistake of simply swallowing their discomfort. However, this is counterproductive in the long run. Granted, it may take some effort to call someone out on their passive aggressive behavior. However, this is the most important step towards constructive interaction.

Below we have put together some more tips for you on how to make dealing with a passive aggressive person easier.

Be persistent and ask what the other person is angry about. Do you sense that someone is saying "yes" and actually means "no" or is constantly beating around the bush? Then address this. Communicate clearly that you value an honest exchange.

Realize that passive aggressive people are usually very unhappy with themselves. They suffer from supposedly not being up to any argumentation. Therefore, it can help to make the step easier for them through honest interest:

Criticizing a passive aggressive person often triggers a violent reaction of defiance. The person closes himself off to your demands even more. Therefore, you should always proceed with tact. The person concerned must recognize that the passive aggressive behavior is self-harming. Only then will he be willing to change something. This process can take different lengths of time.

Therefore, don't exercise reason, but be content with a little nudge in the right direction.

In addition, there is a growing realization that even difficult tasks can be accomplished without outside help: Pushing off is recognized as unnecessary, the Self-confidence is strengthened.

All of these formulations are deeply manipulative. Even the ones where you might not even notice it at first. Do you recognize yourself in one or more of the phrases? If you use them frequently, you may be prone to passive aggressive behavior.

Another way to fathom and understand your own behavior is to use our scientifically based Greator Personality Test. By recognizing your strengths and weaknesses, you can learn to develop your full potential. Our test is based on the DISG model, which distinguishes four different personality types and allows a deep insight into your own personality structure.