Leave the victim role: Take your life into your own hands! 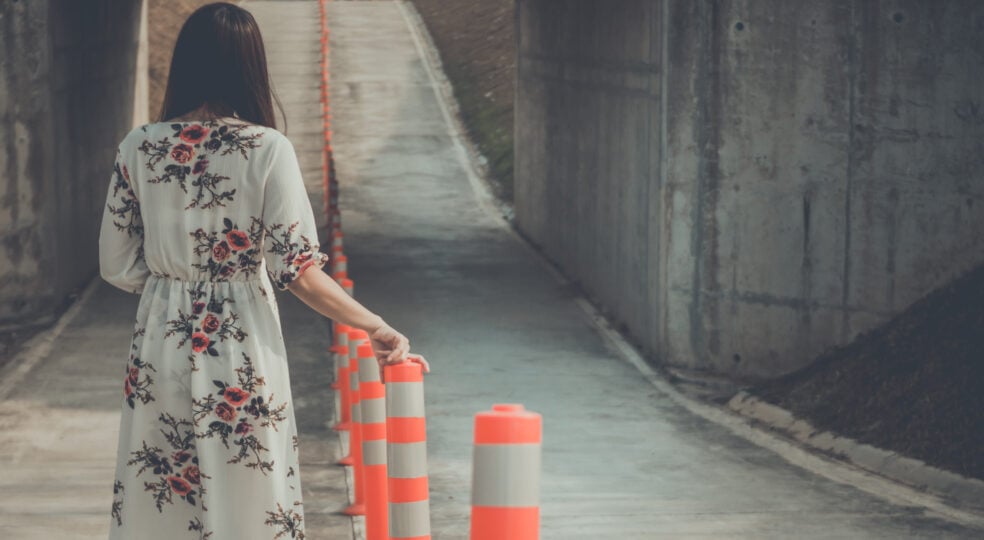 Everyone knows that one person who is a pro at putting the blame on others. Or always portrays herself as the one who suffers and thus makes life pretty easy for herself. She puts herself in the victim role and thus always takes herself out of the line of fire. This role is apparently comfortable, but it can also be dangerous.

Victimhood: What is it?

If you take on the role of a victim, you completely shift the responsibility away from yourself. You made a mistake? Of course, this is not your fault, but the fault of another person who did bad preparatory work or distracted you. If something bad happens to you, then of course you don't look for the fault in yourself, but blame everything on the external circumstances.

Recognize victimhood based on these 10 signs and symptoms

We've already given you a little insight into how you can tell that you've taken on the role of victim. But the eternal pushing away of responsibility is of course not the only sign. We have collected 10 more symptoms for you!

Get out of the victim role!

There are always perpetrators and there are always victims. Both terms do not work without each other. The question is who sees themselves on which side. Of course, no one wants to be to blame for mistakes or grievances, even if he or she has accepted them coldly in order to protect his or her own interests. Achieving goals. Who likes to see himself in the role of the perpetrator, even if it is true? Sure, nobody. So it's no wonder that so many people keep ascribing the victim role to themselves.

The bad guy is always someone else. This way, no one has to question their own behavior and can continue just as before. Isn't that nice and comfortable? Basically, then, no one is the perpetrator, but everyone is a misunderstood victim who actually only wanted to do good. Everyone else tramples on him for no reason at all.

It goes without saying that this calculation does not work out, and that is what makes it so dangerous. If no one admits their own mistakes and takes responsibility for them, things will never change for the better. Conflicts arise time and again that could be avoided if everyone would put their own house in order.

Sometimes you just have a bad day. And sometimes mishaps happen for which you are not to blame. Of course, you can explain why the mistake happened. This does not mean that you have become a victim.

This only happens when you get into the habit of finding someone to blame for everything and your dissatisfaction and need for pity become chronic. The longer you stay in the victim role, the more difficult it will be to take off this robe again. But don't worry, we won't leave you out in the cold. We'll give you five tips on how to finally break out of the victim role.

1. become aware of your role

The human brain is a pro at suppressing certain things, because it wants to protect us. Unfortunately, this ability is not always helpful, because you may not even notice how much you have already lost yourself in the role of the victim.

Be aware of situations in which you desperately try to shift the blame away from yourself and aim for the sympathy of your fellow human beings in order to look better. Here, unsparing honesty is called for, even if it may hurt. Analyze exactly why you act the way you do.

One thing is important above all: think carefully about what the term "victim" actually means in this context. Do you really want to be passive, irresponsible and helpless and talk your way out of situations all your life?

2. recognize the advantages of a breakout

Comfortable doesn't always mean good. Sure, it's easy to quickly switch to the role of victim when problems arise and escape them that way. But that doesn't solve them. Wouldn't you rather take things into your own hands and shape the life you've always wanted? To take back control, however, you have to give up the role of victim. Otherwise, you will remain the passive part forever and will never be in control.

If you keep escaping into the role of victim, a little Self-esteem be to blame. Some people simply find it difficult to appear confident and believe in themselves. But that doesn't mean you don't have a reason to!

Every person has very special strengths. Moreover, you have already achieved a lot in your life. The only problem is that you are not even aware of it. So take a pen and paper in your hand, write down all the hurdles you have already overcome in your life and show yourself how strong you actually are!

4. look at your life from a new perspective

It is characteristic of people who repeatedly place themselves in the role of victim that they always see only the negative in everything. In most cases, however, this happens for no reason at all. They go into the victim role out of sheer habit, even if it doesn't do them any good at all.

They believe that everything has turned against them. Of course, they know that this is actually not true at all, but it is so beautifully simple to explain things this way.

Just change your perspective and realize how beautiful life can be if you don't see everything negatively! Make yourself mentally independent and do not see difficult situations as a conspiracy against you. See them as opportunities to grow!

There are things in life that simply no one can control. Yes, it's hard to accept that fact, but that's the way it is. Don't worry too much about things you can't change and don't see them as a bad omen directed only at you.

Also others cannot change these things and must learn to deal with it. They by no means affect only you! So the question is how you deal with it. Do you let it get you down and escape into the victim role again and again, or do you change the circumstances around it and just make the best of it?

Why do people always choose the victim role?

Who likes to leave their own Comfort zone? That is probably the fewest. Even if it sounds funny: For people who always put themselves in the victim role, this is exactly the comfort zone.

It's convenient and you don't have to take action yourself. You just keep talking yourself out of the misery and let others find the solutions to the problem. This is simply based on laziness.

But sometimes it's also a feeling of superiority. Why should you bother with problems when there are plenty of others who aren't smart enough to push them away? You think you're a big step ahead of the others by sneakily keeping the work away from you.

Insecurity and fear of failure

Not infrequently, however, it is simply Uncertaintythat can make you prefer to stay in the victim role. You have FearYou are afraid of making the wrong decisions and of the consequences that might follow. You also feel uncomfortable when all eyes are on you.

Fear of failure are an important topic. You don't want to be labeled as a good-for-nothing who only makes mistakes, even if this fear is actually unfounded. So you prefer to present yourself as the victim who can't help it at all, but who has to endure the suffering anyway. That way, you won't be threatened with any consequences and you'll even get sympathy.

There are certainly people who slip into the victim role because they crave attention. If they do not succeed in obtaining this in other ways, for example because they are too introvert they choose the path of compassion. Humans are empathic beings, and these people take advantage of that.

Life can be so easy if you always put yourself in the role of a victim and push away any responsibility. But are you actually aware of the fact that you always portray yourself as a weak person? You don't face any challenges and rob yourself of any possibility to develop yourself further.

As a strong personality, you take things in hand and face them courageously. This is the only way you can grow and keep learning new things that will help you move forward. So get out of the victim role!