Enneagram type 9: The peace lover who likes to avoid conflicts 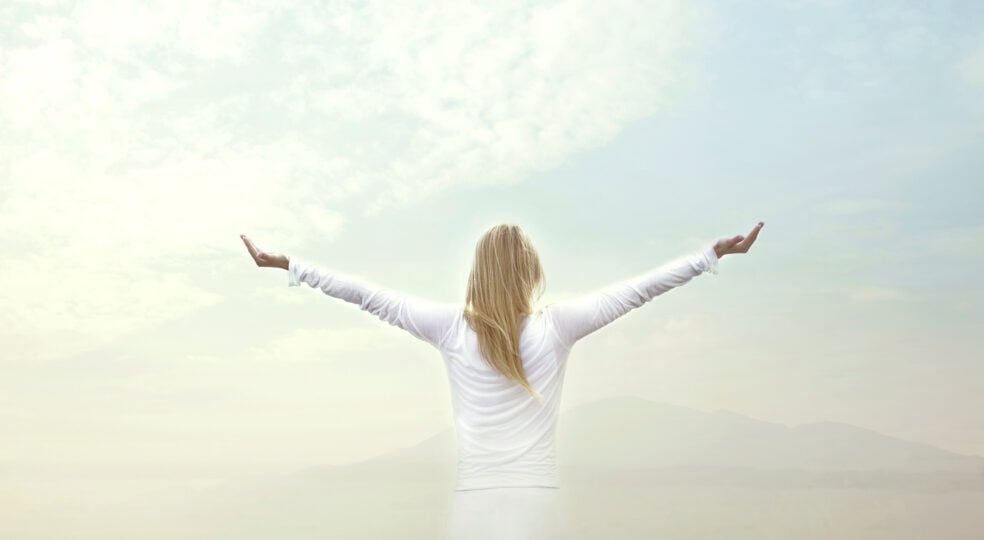 The Enneagram is a model that is used for personality analysis. Formerly rather esoteric, it is now used in modern psychology. A distinction is made between nine different Enneagram types. Each Enneagram type has specific character traits that distinguish it.

In the following article we will look at the character traits of the Enneagram Type 9.

Which character traits are typical of Enneagram type 9?

The Enneagram type 9 desires nothing more than harmony and peace. Therefore, he is also called the peace lover. Conflicts are abhorrent to him. He tries to consistently avoid difficult situations. Of course, this is not always possible in life. Some Nines therefore withdraw completely from the outside world in order to preserve their peace of mind.

Despite their aversion to conflict, Nines are usually optimistic, reliable, and kind people. They go with the flow to avoid trouble. Most Nines rely on fate being kind to them and that things will somehow work out for the better. Characteristic of the Enneagram type 9 is also a great closeness to nature.

Nines often close themselves off to change. When change does occur, they find that they are much more resilient than they thought possible. The Enneagram Type 9 tends to underestimate themselves. Because of this self-assessment, others also overlook the (good) achievements of the Nine. This causes a subliminal anger.

What is the Enneagram type 9 most afraid of?

The largest Motivation of the Enneagram Type 9 is to find and maintain one's inner peace.

The greatest strengths of the nine at a glance

Enneagram Type 9 people are characterized by the following strengths:

The biggest weaknesses of the nine at a glance

People of Enneagram type 9 suffer from the following weaknesses:

If you have identified yourself as a Nine in the character traits described so far, the following tips can support you in your personal development:

1. stay true to yourself

Nines tend to go along with everything just to keep the peace. But does being a follower really make you happy? Are you protecting your soul by always overriding your own opinion? Most likely, no. It's impossible to be genuinely liked by other people if you never show your true colors. Be authentic and stand by your opinions.

2. take an active part in life

Get out of your observer position and become more committed to your goals. Let go of the idea that everything will work itself out. Sometimes this may be the case, but you should not rely on it exclusively. You have the power to direct situations so that they work out satisfactorily for you. This applies to both your professional and personal life.

3. do not suppress your feelings

As an Enneagram type 9 you want to protect yourself from all negative emotions by not letting them in in the first place. Keep in mind, however, that repressed feelings have not disappeared. They lie dormant in your subconscious until a key stimulus causes them to erupt. This emotional outburst is often so powerful that the peace you long for is seriously threatened.

It is painful to admit to oneself that one has contributed to the failure of an interpersonal Relationship has contributed. However, you should allow this pain to make things better in the future. In order to be able to build lasting relationships, you must not let your leave the comfort zone and deal with conflicts. Repression only leads to divisiveness with loved ones.

Body and soul have long been regarded as a unity in psychology. This is clear from various scientific studies.

By taking care of your physical health (e.g. by exercising regularly), you also strengthen your mind. In this way you learn to focus your attention. Furthermore, exercise can help you to release pent-up aggression.

The Enneagram Type 9 in partnership relationships

Nines are very empathetic and loving partners. People who have felt misunderstood in previous relationships find understanding and support in the Enneagram type 9. Nines support their partners in every way. The biggest problem is the avoidance or silencing of conflicts.

The importance of open communication - which also includes addressing conflicts - for a successful partnership is demonstrated by the following scientific elaboration clearly.

Let's take a closer look at what other Enneagram types Nines go well with.

Nines and Ones understand each other without words, as they share many qualities. Both are harmony-loving, helpful, and able to put their own desires aside for the good of others. The Nine takes some of the seriousness out of the harsh One, while the One motivates the Nine to make the most of her life. The two make a very altruistic but harmonious pair.

Nines and twos have a lot in common. Both are helpful and optimistic. In a couple relationship, they are very warm with each other. The open-minded Two brings life into the relationship by helping the Nine to socialize more quickly. In case of conflicts, both still feel respected and valued by each other. Twos and Nines are a good match for each other.

Nines and threes are quite common in a couple relationship. Nines encourage and support Threes to achieve their dreams in life. Nines are incredibly loyal and will stand behind their partner even in the face of failure. In return, the Three helps the Nine to be more Self-confidence. Both types do not like conflict and keep their relationship harmonious.

Nine and Four have a very intense and exciting relationship. What they have in common is their great compassion and desire to help others. Both partners long for a kindred spirit, which they often find in this constellation. Yet both insist on a certain amount of retreat and autonomy. Nines and Fours support each other without crushing each other.

Fives are not exactly known for their great emotionality. In a partnership with a Nine, however, this can certainly change. The Five quickly learns to appreciate the tenderness and sensuality of the Nine. In turn, the Five can help the Nine become more aware of her feelings. Furthermore, Nines appreciate the intellectual strengths of the Five.

Nines and Sixes form one of the most common and stable relationship constellations. Although they are not distinguished from their character traits are very different, they strive for similar goals in life. Both want a solid and secure basis in the partnership. Since they both tend to rebel in different ways, they sometimes lead a free-spirited life together, far away from social norms.

Nines and sevens often find themselves together as a pair. They have both opposites and similarities, which makes for an interesting connection. Both partners are optimistic people who would prefer to banish negativity from their lives. Sevenths and Ninths are able to make the best of difficult situations together.

Nines admire Eights for their decisiveness and vitality. Eights are people of action who like to take the lead. This is also true within the partnership relationship. The Nine gives the Eight inner peace. They are, so to speak, the safe haven to which the eight can return home. Nines and eights can teach each other what the other is missing.

Double-type relationships always carry a certain risk potential, since no new perspectives are brought into the partnership. However, this does not mean that a relationship between two Nines is fundamentally doomed to failure. Nines are patiently with each other and share their priorities. A dual type relationship is much more common with Enneagram type 9 than with other Enneagram types.

Which prominent personalities can be classified as Enneagram Type 9?

There are some famous personalities whose character corresponds to the Enneagram type 9:

In which professions does the Enneagram Type 9 feel comfortable?

Nines feel most comfortable in a professional environment that offers them stability and security. In addition, it fills the Enneagram type 9 with Satisfaction, when he is in a profession that aims to help other people. Work colleagues also benefit from his willingness to help. Nines also value respectful and friendly interaction in the workplace.

In fast-paced, profit-oriented professions, the Enneagram Type 9 quickly feels drained. If interpersonal relationships in the workplace are distant or perhaps even rude, this affects his peace of mind. He would prefer that everyone get along well and work together productively. Nines have no sympathy for rule-breaking and intrigue.

In summary, Nines can be described as committed workers. They are understanding listeners and want to contribute to peace with their professional work - be it for an individual or for the entire world.

Enneagram Type 9 is particularly common in the following professions:

What is meant by the Enneagram wings?

Each Enneagram type has two wings, which are the immediate neighbors. A nine can therefore have an eight or a one wing. The wings influence the behaviour. Whether you as a Nine tend to have wing 8 or wing 1 is individually different and can best be determined by a special test.

What does type 9w8 mean?

Type 9w8 means that a person classified as Enneagram Type 9 has additional tendencies of Enneagram Type 8. Nines with a wing of eight are more self-confident and energetic than pure Nines. There is also an increased tendency to conflict. The type 9w8 has better access to his emotions and also knows how to express them more purposefully.

What does type 9w1 mean?

Type 9w1 means that a person classified as Enneagram Type 9 has additional Enneagram Type 1 tendencies. Nines with a one wing benefit from more self-discipline and assertiveness. The influence of the One helps the Nines to assert themselves. The already pronounced sense of justice is sharpened once again.

Are there other concepts for personality analysis?

The Enneagram is by far not the only known model for the Personality Analysis. Also frequent are the Myers-Briggs Type Indicator and the DISG personality test. The latter is particularly straightforward to use, as it only distinguishes between four communication types. The DISG test is particularly popular in leading business groups.

Have you ever wondered why you get along with some people right away and can only have tense conversations with others, even after years of acquaintance? This is due to the communication types. By determining which type you are, you can have more focused conversations. This is of enormous advantage both privately and professionally.

The DISC test is scientifically based and has been able to give numerous people insight into their communication behaviour. The first step to personal development is to determine from which starting point you are starting. So don't hesitate any longer and still do the DISC personality test!

Of course, participation in the test is non-binding and free of charge for you.