Overcome your aggression problems with coaching 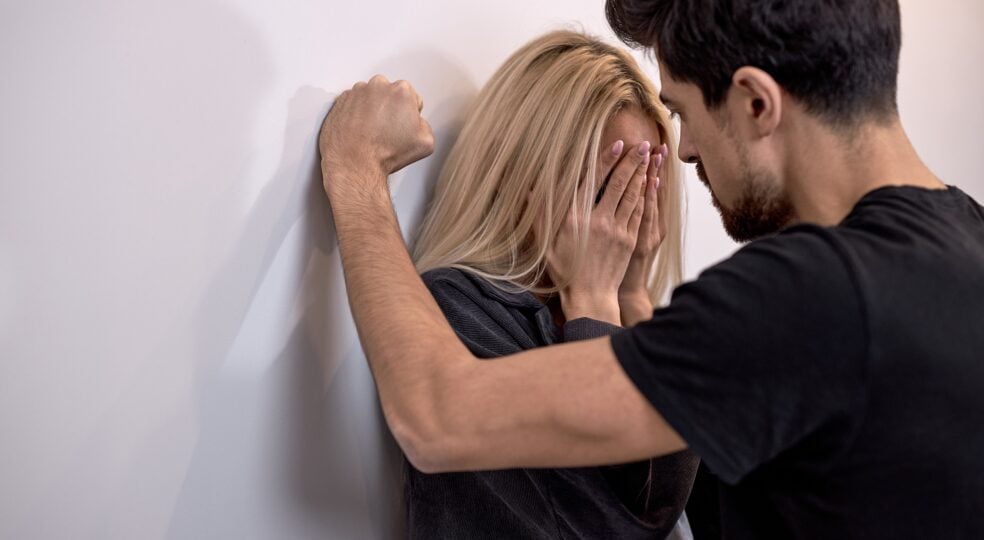 You're frustrated again - you want to punch your desk! Or you yell at your colleagues. But you know that it's nobody's fault. But you just can't control your aggression. Do you have an aggression problem? Or do you know someone who can't control themselves? Such behavior can have dire consequences. But with the right tricks, relaxing exercises, therapy or coaching, the aggressive attacks subside. This gives you a lot inner peace.

Definition of the problem of aggression

When anger takes hold of you, you could explode. - Where does this aggression come from? And at what point is it a serious aggression problem?

Those who are extremely aggressive fall outside the "tolerated norms". What does that mean and what do you call people who become aggressive quickly? In psychology, there is talk of an antisocial personality disorder. In it there is ignorance for possible consequences of an outburst of anger. Even the rights of others do not matter to aggressive people. They just want to let off steam.

Where exactly is the problem? Aggressive behavior leads to direct or indirect harm - you can hurt yourself, break other people or objects. Depending on the type of aggressiveness, the damage is not always visible. Aggressive people have no regard for others. They do not Guilt and do not think about the consequences. Often they act impulsively and completely lose control. Others cheat and manipulate in an aggressive way.

Aggression problems can look very different. Some are ashamed after their outburst of anger, others are absolutely indifferent. These differences can already be seen in aggressive children. Lack of compassion for other people usually indicates an antisocial disorder.

Particularly aggressive people are easy to recognize. But some have themselves well under control. Especially in the case of covert and cold aggression, the anger often remains hidden. Nevertheless, there are certain symptoms that indicate increased aggression problems.

Often the aggressive persons tend to overestimate themselves. At first glance, they appear arrogant and self-absorbed. Sometimes they appear very charming and convincing - and this increases their chances of manipulating others.

The following symptoms are typical of direct and overt aggression:

Subliminal, passive aggression often goes unnoticed for a long time. But sometimes you see such people giving off the famous deadly looks. They are reluctant to join in common activities and have difficulty fitting in. Social withdrawal, jumpy behavior, and phobias can be added to the mix and make the situation worse.

How to recognize aggression problems? 8 signs

At what point does justified anger become a problem that can Joie de vivre destroyed? A look at the typical Symptoms of aggression problems helps you to recognize the typical signs.

How aggressive are you yourself? Were you often involved in scuffles as a child or were you more of an outsider? Do you consider yourself reasonable and responsible? If you answer these test questions for yourself, you will learn a lot about yourself.

Your answers show you where you're stuck: Maybe you're angrier than you think. If you know where your aggression comes from, you can control it better. Exercise, for example, helps you get rid of your pent-up frustration - as you can see from this Study emerges. Mindfulness and relaxation exercises also make you calmer, so that you react less aggressively. This is how you gradually overcome your aggression problems.

Why do I become aggressive so quickly?

In many cases, aggression problems are based on negative experiences. This does not have to be a difficult childhood or a poorly processed Trauma. Aggression often develops over a long period of time. Bad Habits and other influences weaken resistance to excessive anger. The triggers themselves are difficult to fathom, especially in the case of a gradual, long-term development of aggressiveness.

The desire to defend property seems to be a good reason for aggressive behavior. So if you hit someone to stop them from stealing your bag, that's fine. However, you should not get physical out of frustration.

In difficult situations, memories can cause you to become aggressive. Deep-seated complexes or previous experiences of violence fuel helplessness. The only way to get rid of this feeling is to strike. Maybe you want to defend your place in the hierarchy - this is a typical reason why children fight.

Revenge, self-defense and rivalries can also cause aggression problems. It becomes somewhat more difficult in the case of an affection deficit. Children in particular do not know how to demand love on the one hand and how to assert their will on the other. Then they become aggressive out of desperation and the problem intensifies.

What helps against aggression problems?

The rage is there and cannot simply be thought away. You feel it as a concentrated force inside you and want to scream and rage. Isn't there a way to release this energy without hurting anyone? You can't always kick the cupboard or yell at your fellow human beings to get rid of your feelings of anger.

Children first have to learn how to deal with their aggression properly. Some are rather calm by nature, but some need help to channel their anger. This is also true for adults. Particularly difficult are those cases where aggression problems worsen over time.

For serious cases, a Coaching or psychotherapy makes sense. Here you will learn how to deal with aggression constructively. This means that appropriate aggression is okay. However, you train yourself to refrain from inappropriate, extreme actions. There are special strategies for this. These ensure that you work through the passive, inhibited aggressions and do not simply repress them. Sometimes intensive therapy is necessary until you get your anger under control.

Even without psychotherapeutic support or anti-aggression training, you can better control your aggressive impulses.

There are several ways to manage aggression:

Compared to men, aggression problems are usually less noticeable in women. This is because women are more attuned to giving in. That is why they often develop passive and self-destructive aggression. Mental exercises help against this.

Men can also keep a diary or a "Keeping a "gratitude journal. Write down frustrating experiences or let your thoughts run free, write down everything that makes you angry: This has a very liberating effect.

When anger is in control: 8 tips to help manage the problem of aggression

That other driver cut you off? He probably thinks he's better than you: You want to get out of the car and give him a hard time. Your child's beautiful porcelain plate falls and breaks - you can't hold on to yourself and snap at him. After that you feel bad.

What to do about aggression problems? Do you need anti-aggression therapy? Maybe that's a good decision. If these tantrums are only occasional, you can do something yourself. The following Tips we would like to give you along the way:

If you understand your own aggression, you can deal with it better. It's understandable if you get angry out of frustration. But aggressive behavior doesn't make things better, it makes them worse. Be kind to yourself and to those around you. Learn to channel your aggression. You will learn a lot about yourself in a coaching for personality development or in a therapy against aggression problems. Also in Greator Magazine you can find out about the psychological background. You will also find interesting tips for professional and personal development.