Loyalty - 5 tips on how to create more stability in relationships 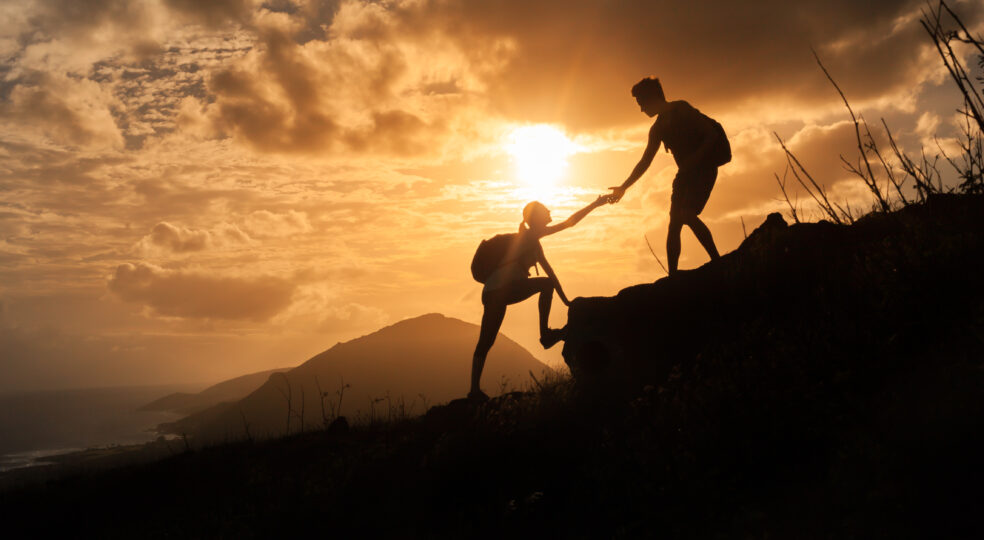 Loyalty means attachment to other people, groups and shared values. Loyal behavior is valued not only in the workplace but also in private life and is a prerequisite for a functioning relationship.

Loyal commitment is based on reliability and honesty. Synonyms such as consistency, sincerity and trustworthiness are often used to describe loyalty. Loyalty is both an attitude and a behavior.

The inner basic attitude has a major influence on whether working relationships and private Relationships function. Loyal people support each other, stand up for each other and pursue common goals.

Loyalty is an inner attitude that focuses on common interests and values. Loyal behavior means that others can rely on you. In return, you can count on support from those around you. Mutual support for ideas, activities and goals applies to private relationships as well as to the professional sphere.

Does loyalty mean anything to you? Is Connectedness with your company, your partner and friends important? Loyalty requires mutual trust. In contrast to disloyalty, which is associated with breaking one's word and not following social rules, loyal behavior is based on honesty and reliability. Loyalty is based on a positive, approachable mindset that is interested in the common good.

Loyal people take the interests of others into account and are actively committed to the company's goals. Promises and agreements made are kept. Loyal behavior is very important for the functioning of private and professional relationships. The following loyalty sayings impressively describe the importance of loyal cohesion:

Loyalty is generally regarded as something positive. However, it is considered problematic when loyal behavior is demanded. This can lead to conflicts of loyalty. For example, if employees are obliged to behave loyally toward their employer even though they do not share the employer's interests or goals, an inner conflict arises.

The loyal mindset is a self-commitment. It arises from the inner need for solidarity.

6 Characteristics of a loyal person

Are there characteristics that distinguish a loyal person? How can you tell if your colleagues, superiors, your partner are really loyal and stand by you? Often, it is only a crisis that opens our eyes to reality.

In difficult situations, it quickly becomes apparent whether or not you can rely on those around you. Certain behaviors allow conclusions to be drawn about a person's loyalty. A loyal person is characterized by these qualities:

Loyal behavior toward others is demonstrated by respectful treatment. Respect, recognition and Appreciation are indicators of loyalty. Loyal people communicate directly and express themselves clearly in order to Avoid misunderstandings. You find the right words even for uncomfortable truthswithout becoming hurtful.

Loyalty to the company or organization in which they work is very important to loyal employees. They get involved in collaborative projects, contribute to the team and thus contribute to a positive working atmosphere.

Fairness and reliability are part of a loyal relationship

In a private relationship, loyal attachment means caring for your partner and standing up for each other in difficult times. Fairness and reliability are defining characteristics of a loyal relationship. There is no room for lies or betrayal. When the common good is at stake, self-serving actions are renounced.

Without tolerance, loyalty cannot develop. Civil courage and moral courage are needed to examine one's own principles and ensure that they are in harmony with the interests of others.

Reliable, loyal behavior is demonstrated by managers who support their employees despite misconduct and show them possible solutions in the event of misconduct. A loyal person can separate a person from his or her behavior and view behavior objectively. They criticize performance without questioning the person's abilities or motives.

Loyal people have well-developed social skills such as fairness and reliability. They are prepared to put aside their own interests and goals in favor of others. In doing so, they even accept temporary disadvantages for themselves.

What does loyalty mean to you? Do you feel secure when your partner, friends and family are loyal and support you in your plans? Do you yourself convey solidarity and reliability to your relatives and colleagues by being loyal?

Loyalty is just as important in friendships and private relationships as it is at work. The following loyalty examples illustrate the connections between loyal behavior, security and success.

A loyal mindset is about shared goals and preserving values. Loyalty in the relationship means being there for the other person, supporting and helping in difficult situations. As a counterpart to physical loyalty, loyalty in the partnership is a behavior that provides emotional support.

Can your partner trust you unconditionally? Do you stick to agreements and appointments? Being loyal means standing behind your partner 100 percent. The feeling of trust and connection can only grow if both do not lie to or betray each other.

In your private relationships, you are expected to keep quiet about confided matters and to keep secrets. Trust and loyalty is the most important prerequisite for true friendships.

Being loyal to the company where you work means sharing the company's values. Avoid negative remarks about your employer when talking to outsiders about your job. Loyalty is often explicitly called for as a management skill in executive job advertisements.

It is also customary to mention loyal behavior in job references. This is usually done with sentences such as: "Ms./Mr.'s behavior towards the management was always exemplary and loyal" or "She/He always represented our company loyally". However, loyal behavior should not be a one-way street. Loyalty from the employer side means treating employees fairly, communicating at eye level and respecting employees.

How you recognize loyalty

Loyalty is an essential prerequisite for stable, sustainable relationships. Nevertheless, loyal, supportive and benevolent behavior cannot be taken for granted. Mistrust and intrigue at work and misunderstandings with your partner can put relationships to the test. Do you feel you are being treated loyally?

Loyalty is characterized by these aspects:

People who share the same set of values behave loyally. As an inner conviction, sincerity is an essential prerequisite for loyalty. Identification with the company or emotional attachment to partner, friends and family form the basis for loyal behavior.

5 tips for more loyalty at work and in relationships

Loyalty is an important pillar for cooperation at work and in private life. Without mutual trust and support, no professional or private relationship would work. These 5 tips ensure more loyalty at work and in the partnership:

Loyal behavior is based on mutual trust. Show by your behavior that other people can trust you. You gain your employees' trust by showing genuine interest in their problems. Treat your employees fairly and with appreciation.

Relationships are a give and take. Avoid "loyalty destroyers" like:

Accusations and personal criticism do not help with conflicts at work or in your personal life. Watch your words if you want more loyalty in your life. Good communication is open and respectful, and includes clear, authentic statements.

Communicate to your partner, colleagues and friends that they can always count on your support. Keep your promises and commitments. Reliability and loyal behavior increase your ability to do good.

What does loyalty mean at work? Loyal behavior at work means behaving fairly, sincerely and respectfully toward superiors and colleagues. Frequent restructuring in the company leads to the Uncertainty among employees. In this situation, loyalty is especially important. As a leader, it's your job to explain necessary actions to your team.

The loyalty of the company significantly influences the loyal behavior of the employee. Don't let your team down, even when the going gets tough. Provide a pleasant working atmosphere. Employees who feel comfortable at work develop loyalty to the company more quickly.

Communicate directly and address issues immediately. Involve your team members in decision-making when possible. Ensure that your employees can share in the company's success. This improves the sense of community and togetherness and strengthens loyalty to the company.

Loyalty in a relationship

What does loyalty mean in a relationship? Love, mutual trust and appreciation are considered the foundations of a happy relationship. However, loyalty is just as important. Especially in times of crisis, it becomes apparent whether you can rely on your partner.

A good partnership is characterized by unconditional basic trust. Loyalty strengthens the feeling of connectedness. However, it only arises when both partners share the same values and norms. In stressful or unpleasant situations, loyal behavior can become a challenge. But that's when your partner needs your support.

Show your loyalty by not abandoning the person you share your life with. Don't talk badly about him or her in absentia. Keep secrets to yourself. Take time to talk. In interpersonal relationships, loyal thinking is essential.

The term loyalty is associated with identification with common goals and values as well as an emotional bond. Loyal behavior is a prerequisite for building healthy, functioning relationships. Loyalty is always based on reciprocity.

Transparent communication, fairness, trust, and a clear Objective promote loyal interaction with one another. In the company, loyalty improves the Motivation and employee retention. Privately, loyal behavior creates the basis for a long-term, happy partnership.