Monogamous relationship: Can it work permanently? 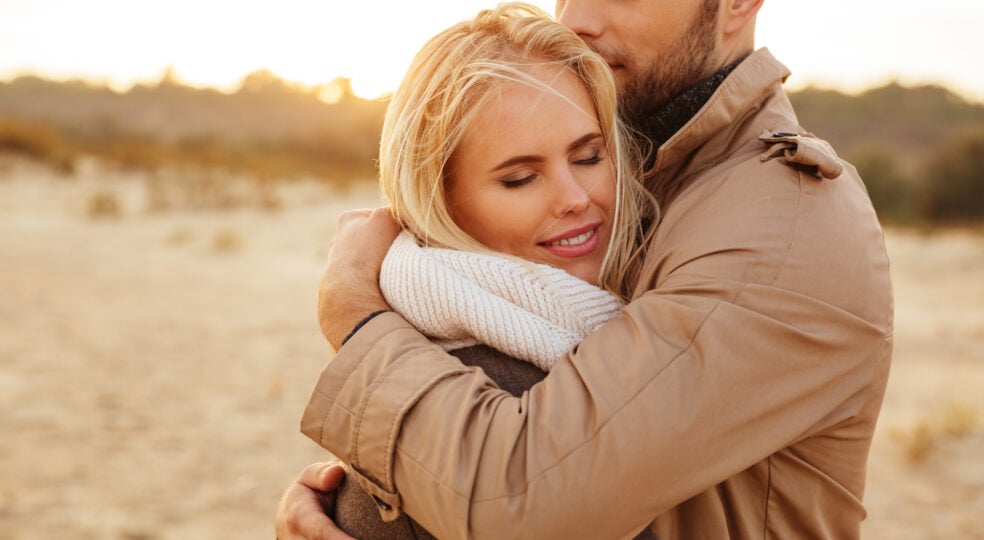 Monogamy is still considered the accepted standard in our society. But does it make sense at all and is man actually made for a monogamous relationship? What are the advantages and disadvantages and what do alternative forms of relationship look like? The following article provides information.

What is a monogamous relationship?

Having a monogamous relationship means that two people live together in a closed partnership and are physically and emotionally faithful to each other. The romantic or sexual attachment to a third person is thus completely excluded. So much for the idea: But can this work permanently?

In earlier times, there was no (official) alternative to monogamy. It was believed that marriage was meant to last forever. Divorced couples, especially divorced women, were still considered stigmatized until the 1970s. Anyone who indulged outside of marriage was guilty of divorce. Nowadays, fortunately, this is no longer the case.

Everyone is now free to decide what kind of partnership he or she wants to have. Alternative forms of relationship are enjoying ever greater social acceptance. Nevertheless, most people still opt for a serial, monogamous relationship.

Serial Monogamy: The Relationship Concept of the Modern Era

Serial monogamy means that two people enter into an exclusive partnership with each other for as long as it feels good and right for both partners. The social pressure to stay together until the end of life no longer exists. During the time of the relationship, however, the partners are physically and emotionally faithful to each other.

If the partners decide to go their separate ways, a new monogamous relationship is entered into with another partner after a while. For this reason, the term "Lebensabschnittsgefährte" has become part of German usage.

Are humans monogamous by nature?

Humans are actually monogamous by nature. This is proven by evolutionary research. However, this statement must be examined in a more differentiated way. According to Research reports of the "National Academy of Sciences" from the USA, prehistoric monogamy has by no means romantic backgrounds. Prehistoric man was monogamous in order to raise his offspring together.

After all, it takes many years before a human child can support itself independently. For this reason, monogamy is the best option from an evolutionary point of view. This can also be observed in other mammals: The longer it takes to raise young, the more often animals live together in monogamous partnerships.

Thus, innate monogamy refers only to the social component. This includes the sexuality not with it. The first people live together with their partner in a family relationship, but maintain other purely sexually motivated relationships on the side. In modern terms, one would speak of open relationships.

As already mentioned, numerous primitive peoples live in polygamous partnerships. Polygamy is also still widespread in large parts of Africa and Arabia. Our Western value system, which places a high value on sexual fidelity, is therefore not natural.

Advantages and disadvantages of monogamous relationships

Whether monogamy is the right relationship concept for you depends primarily on your personal wishes and ideas. This decision is yours alone. Nevertheless, it makes sense to take a detailed look at the advantages and disadvantages of a monogamous partnership.

Monogamous relationship: The advantages at a glance

We humans have a pronounced need for security. This still stems from prehistoric times: loners had no great chance of survival in the Stone Age. This basic need is fulfilled in a monogamous partnership. Those who have an (intact) monogamous relationship have a reliable and loyal partner at their side.

Fidelity has a high value within a monogamous partnership. If sexual fidelity is very important to you, you will find your needs met in monogamy. Where cheating begins, however, can be a matter of interpretation! While some only speak of a fling during sex, for other people the tolerance limit is already exceeded if the partner only mentally fancies someone else.

Nevertheless, it happens again and again that people who actually (would like to) live monogamously commit a fling. A Parship study has identified the most common reasons.

A monogamous relationship is synonymous with permanence for most couples. You plan the future together, which gives both parties security. An uncertain future often calls Fears emerges. Therefore, monogamy contributes not insignificantly to mental well-being.

Monogamous relationship: The disadvantages at a glance

A monogamous relationship means constant willingness to compromise. In individual cases, this can impair self-development. After all, there is someone else to consider all the time. In addition, the demands within a monogamous partnership are often set quite high, which increases the danger of losing sight of one's own needs.

Finding only one person sexually attractive throughout your life is simply unrealistic. Monogamy, however, requires fidelity without exception. If the love life with the partner does not develop as desired, it may only be a matter of time before an opportunity for a fling is seized. If this happens, both sides are tormented with feelings of guilt and Disappointment.

3. disappointment due to too high expectations

Hardly any other form of relationship sets the (moral) bar as high as monogamy. A monogamous relationship is very much associated with the images of harmony, dream marriage and starting a family. Till death do us part ... However, perfect relationships do not exist. Those who expect perfection and permanent sunshine are bound to be disappointed.

How can a monogamous partnership work? 5 helpful tips

For a monogamous relationship to work, both partners must be committed to each other. Do frustration and Dissatisfaction wide, the temptation to break faith increases. Of course, the latter is not desirable. The following five tips can contribute to the success of a happy monogamous partnership:

1. communicates openly with each other

Communication is the basis of every interpersonal relationship. This is even more true in a monogamous partnership. Talk openly with your partner about your wishes and ideas.

Find out whether you both share the same values regarding your partnership: Is it important for you to have a monogamous relationship? If you don't conform to each other in this respect, it can be difficult. For all other topics, it is important to find compromises.

2. show understanding for each other

An essential part of open communication is mutual understanding. This means that you not only openly communicate your own desires, but also respond to your partner's needs. Listen to what he or she has to say and respond empathically.

3. do not control your partner

This does not require any control. The latter can even be harmful, because control measures destroy trust in the long term. So refrain from checking your partner's chat history or making control calls.

A fulfilling sex life is of great importance if a monogamous relationship is to work in the long term. Nothing endangers monogamy as much as sexual frustration. Physical intimacy is a basic human need. If this is not fulfilled within the relationship, it is often only a matter of time before it comes to an end. Side jump comes.

In a long-term relationship, sex often becomes a compulsory program or even moves completely into the background. But it doesn't have to be like that! Surprise your partner with a romantic weekend or seduce him or her spontaneously. Show each other that you desire each other sexually.

At this point we come back to the topic of communication: Dare to tell your partner about your sexual desires. Also be open-minded if your partner opens up to you in this regard. Do not be condescending if you do not like a proposal. Communicate your rejection sensitively and respectfully.

Within a monogamous partnership, a balanced relationship between closeness and distance plays a decisive role. Make sure that you find enough time for togetherness in everyday life. At the same time, you should give each other their space. It is perfectly okay and even important to have your own interests and to do things on your own. Everyone remains an independent personality.

What other types of relationships are there?

In addition to monogamy, a distinction is made between the following alternative forms of relationships:

Let's take a closer look at the different types of relationships:

Polyamory means that several people are in a relationship with each other at the same time. The values are the same as in a relationship of two, except for sexual exclusivity. People who live the concept of polyamory care for each other emotionally and sleep together. Jealousy should not exist, even though this can of course never be ruled out in individual cases.

Unlike cheating, in a polyamorous relationship all parties know about each other. There is no secrecy. The concept of polyamory is based on the idea that it takes more than one person to fulfill all emotional and physical needs.

Of course, each polyamorous living community decides for itself which rules apply within the relationship. However, it is important to emphasize that the sexual component is not in the foreground. The people who have come together plan their future just like monogamous couples. Polyamory is therefore designed for the long term.

Polygamy is often confused with polyamory. However, there is a significant difference: while in polyamory all participants love each other, polygamy leads one person parallel a relationship with several people who are not lovingly attached to each other. A somewhat outdated example would be the oriental harem.

Another name for polygamy is "polygamy". Just like in polyamory, all parties involved know about each other. Often these are men who are involved with several women at the same time. However, exceptions confirm the rule.

An open relationship is one in which both partners are allowed to have sex with other people. However, only the couple is emotionally connected.

A monogamous relationship is desired by most people. Provided that one observes some basic rules, such a partnership can be very happy be. Monogamy means trust, security and consistency. However, these demands are set very high.

Nowadays, alternative forms of relationships are becoming more and more common. Ultimately, each person must decide individually how they want to live. The important thing is that both partners agree.