Enemy in your head? Conquer your inner critic! 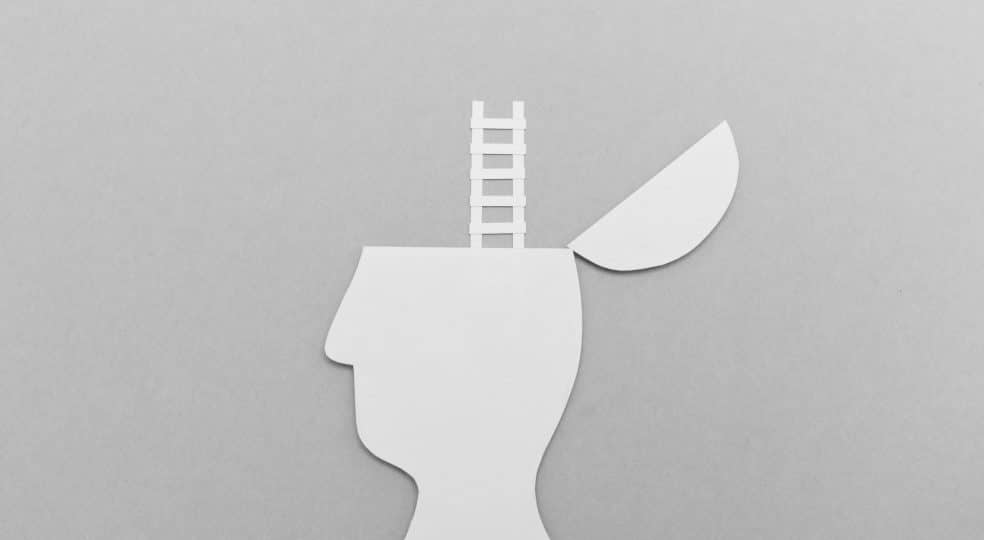 He is annoying, loud and unfortunately always present: your inner critic. I'm sure you know him too. It's that nasty little voice in your head that keeps talking you down and keeps you from living the life you want so much. Your inner critic is telling you that you can't live up to your Never reach goals will. The fatal thing is that he is almost always right. Because he unsettles you until you lose heart. But that's over now! In this magazine article, we'll tell you where your inner critic comes from, what drives him and how you can defeat the annoying enemy in your head. Let's go!

Who is the inner critic?

The inner critic has probably been with you for many years, not just since yesterday. In fact, it arose during a time you don't even remember: your early childhood. As a little girl or boy, you were dependent on your parents. You couldn't have survived without them. You were dependent on their love and allocation. Because of this dependence, you adopted everything your parents thought was right or wrong without questioning it critically. Then you adapted your behavior so as not to attract negative attention.

Your parents made you understand with words or actions when you did something right or wrong. Whether praise or criticism, as a small child you observed every reaction of your parents and tried not to make mistakes a second time. This is perfectly normal, because children consider what their parents model and explain to them to be right and true. At the same time, they try to please their parents in order to get positive feedback. This is therefore classic conditioning of one's own behaviour.

How does the inner critic arise?

Over the course of time, the statements, rules and Beliefs of your parents into your own. Maybe your father reprimanded you several times when you laughed too loud. Over time, the actual conclusion "Dad doesn't mind if I laugh too loudly" evolved into the belief "I'm not allowed to laugh out loud." The simple reason for this is that we want to pre-empt our parents' criticism and their possible punishments. For example, by not laughing out loud anymore, we escape a negative comment from our father.

As soon as we realize that we are laughing too loud, we criticize ourselves before someone else can. Thus we become our own critic and judge ourselves. We ourselves apply the rules and values that we have learned and adopted from our parents at some point. Whether these rules and values are right and beneficial for us, we do not even question, but adopt them without ifs and buts. In this way we create our inner critic, who from now on constantly rebukes, criticizes and belittles us.

We still let our inner critic determine our thoughts and actions even when we have long since grown up and are no longer dependent on our parents. We could have made our own rules long ago without having to fear that someone on the outside would criticize or even punish us. But instead of questioning the belief "I mustn't laugh out loud", we continue to hold back and make sure we don't stand out. And that's only because deep down we are convinced that laughing out loud is wrong and that we disturb other people with it.

Some of these beliefs we are not even aware of. They rule our daily lives, guide our lives, and get in the way of our dreams, desires, and visions. Does this sound familiar to you? Then your inner critic is also based on the rules and beliefs you learned as a child and have never shed since. You carry them with you through life and have let them influence you for many years. We think it's time to conquer your inner critic!

The good news is that everything you have learned and trained yourself to do, you can also untrain again. You can overwrite every negative belief from your childhood and replace it with a positive one. Start right now to tame your inner critic. We'll show you how in two easy steps!

1. Distance yourself from your thoughts

The first thing to realize is that your beliefs are a part of you, but they don't define you as a person: You are not your thoughts and your thoughts are not you. They are a construct of your upbringing, your environment, your experiences, and many other factors, but they don't always work for you. Negative thoughts, for example, are counterproductive. But just because you have negative thoughts doesn't make you a negative person or necessarily lead a negative life. Or to put it another way, just because we think something doesn't mean it's true. When you become aware of this, you automatically distance yourself from your inner critic.

Once you have distanced yourself from your inner critic, you should examine your negative beliefs: Where do they come from? How long have they been with you? And are they true at all - or is laughing out loud actually not as disturbing as you always thought? The more rationally you look at your negative beliefs, the easier it is to dissolve them. The best way to do this is to take constructive action against them. In this way you will conquer your inner critic and finally remove trained blockages.