Maxim Mankevich: "How to Unleash Your Inner Genius!" 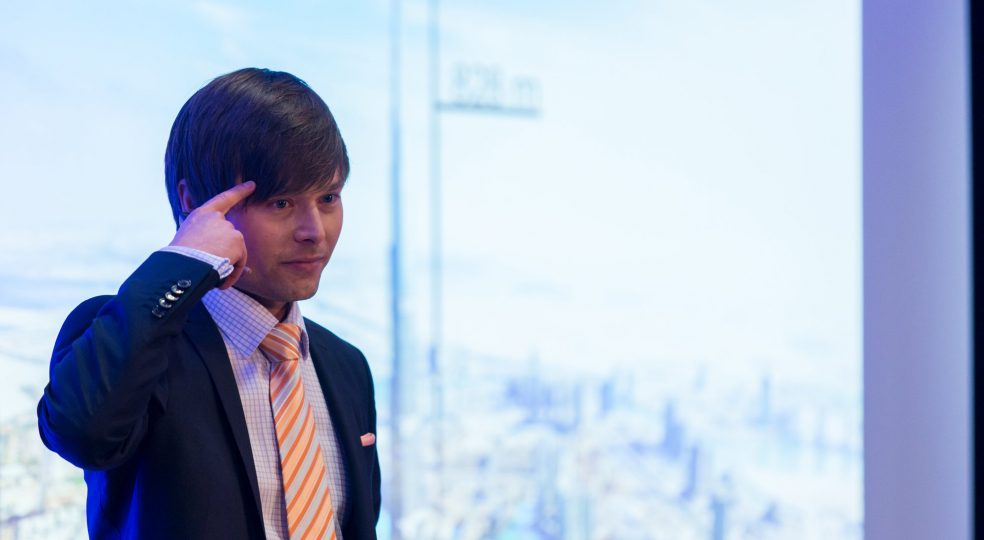 When we come into the world, we receive a great gift: our life. There is so much potential in every human life, just waiting to be unleashed. But coach Maxim Mankevich finds that many people don't even bother to open the wrapping paper. To make sure that doesn't happen to you, the expert reveals how to unleash your inner genius in this video. Here we go. Watch the video or read this post and unleash your genius!

Become a genius: The three steps to mastery

Regardless of factors such as appearance, profession or background, we all have the same goal: we want a happy and fulfilled life. So the essential question is: How do you succeed in living a brilliant life? Maxim Mankevich: "There are now 7.5 billion people living on this planet. But there have only ever been a few who have done something different from everyone else and thus changed our planet for good: Michel Angelo, Mozart or Albert Einstein, for example, to name just a few.

Maxim Mankevich asks, "So how can it be that some luminaries are bringing all of humanity to a new consciousness, to a new age, while everyone else seems to be asleep?" He answers the question with a promising answer: "There are three stages that a person must pass through in order to maintain his genius in life." Of course, we don't want to deprive you of these stages. Have fun climbing the three stages!

Maxim Mankevich compares the human mind to a wrench: "With such a wrench, you could help another person on the street change a wheel. But you could also break a window or commit a violent crime." It's the way you use the instrument called the mind.

The destructive thought of a single person can make things happen that should not happen. So if you want to move forward in life, the first important step is to deal with your mind. Maxim Mankevich: "Because with this instrument you can create beautiful symphonies or at the same time the worst criminal acts."

The expert refers to a Harvard study with children up to the age of 18: "By the age of 18, the average child hears about 180,000 negative messages. But this shrinks the child's potential enormously. How then is he supposed to become a genius or be nurtured to live an extraordinary life in this way?"

"Geniuses keep extraordinary ideas to themselves for now."

Our mind is drilled to encourage us to survive. Maxim Mankevich: "However, the mind is not programmed for success. It has something to do with evolution. Next time you have a creative, crazy, extraordinary idea, keep it to yourself for now. Because most people aren't interested in you getting ahead in life."

The moment you realize that your own mind is either your strongest enemy or your greatest friend - depending on how you use it - you realize a lot. You understand that you can either stand in your own way or make tremendous progress.

Towards genius - the simplest formula for happiness in the world

Therefore, realize that your thoughts belong to you, but do not completely define you. Maxim Mankevich: "Two thirds of all thoughts are negative anyway. The only thing that stands between you and your goal is the story you repeat from morning to night about why you haven't reached your goal yet. What you do or don't do today is limited solely by your own imagination. Because imagination creates reality. Mental becomes real. Mind becomes matter. And the great ones have known this throughout the bank."

The simplest happiness formula in the world is therefore: Think less! Realize that most thoughts are just a repetition of what you have already thought in the past. And then free yourself from that and allow yourself to take the next step!

Maxim Mankevich is certain: "Leonardo da Vinci is one of the greatest geniuses who ever lived on our planet. He had an incredible fascination for things outside. He looked for inspiration in the outside. And great geniuses ask the right questions. All greats have looked to the outside for inspiration." For your life, that means read books, attend lectures, watch videos!

Let's say there was a formula that allowed you to work less but have more free time and money. Sounds pretty appealing, doesn't it? Maxim Mankevich tells you: "B = LZ = F". To explain the formula, let's start with the most important resource in your life: time. You can only trade every single second of your life once. And with no other resource are the initial conditions as equitably distributed as with time. Even Leonardo da Vinci only had 24 hours in a day. That is why the first factor, B, is so important. It stands for education. Maxim Mankevich: "When you start getting knowledge and education from the outside, you benefit from the experts' lifetime and don't have to make the same mistakes yourself." Education equals lifetime.

But it goes even further: The F in the formula stands for freedom. A person is only as free as he has options - that is, possibilities for action in the outside world. Maxim Mankevich finds, "Freedom means being able to act but not having to." So all in all, the formula is: education equals lifetime equals freedom. So if you want to get ahead in life, you should constantly educate yourself. This is the best way to increase your income, shape your free time and set the standards by which you want to live your life.

Maxim Mankevich is certain that all things on this planet are created exactly twice: once as an idea and once as an implementation. Unfortunately, according to the expert, most people fail to close this gap: "If you want to live better tomorrow, you have to do something today. There's a catch, though: success is optional. That's why many people find themselves on the avenue of regret. Because they realize they could make a difference, but then it's too late. So don't wait too long if you want to be a genius."

All we need sometimes is a first step full of conviction and intention. Maxim Mankevich: "If you are willing to take that first step, the entire universe will take care of filling that void. And there will be only two constants in your life: Your birth and your death."

Between these two constants there is a space - and that space is called life. It is up to you to fill this space with precious moments, people and experiences. Because no one lives your life but you. It is your life and your responsibility. Use it!