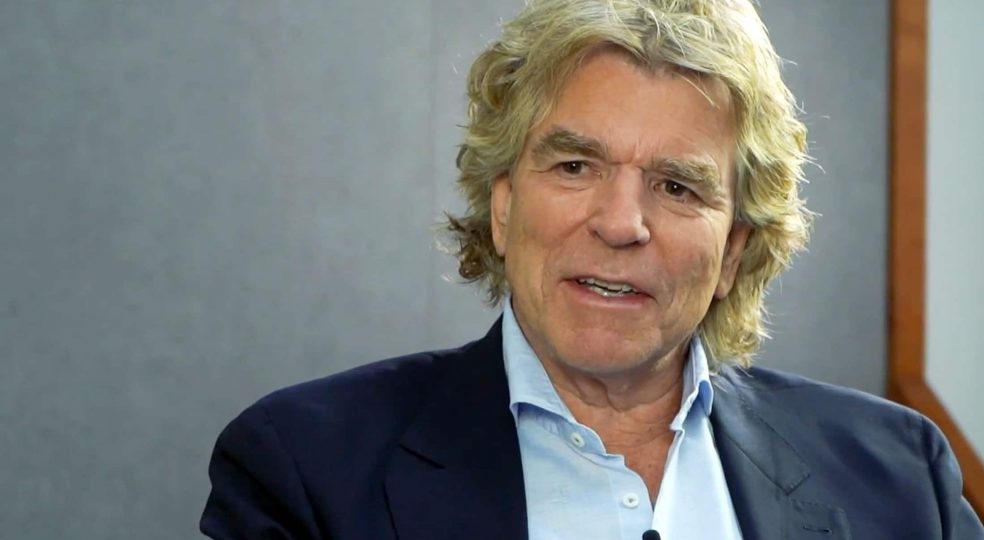 Success Coach Dieter Lange began his career with a degree in business administration. After graduating, he worked for a large German company and completed a classic managerial career. Then came the cut. At the age of 30 he ended his steep career path. Dieter Lange: "I had many questions that were never answered - neither in books nor at university. And I couldn't imagine spending the next 35 years of my life working my way up to even higher positions. So I decided then to go to the holy sages of this world - always with the same questions: what is happiness? What is freedom?"

Profit and profit should not be the sense of a company.

Despite a good job and a top salary, the current consultant, author and keynote speaker lacked a sense of purpose in the company and in his work. He says: "Inwardly, I had felt for a long time that a lot of things were missing. I have nothing against profit and profit, but that should not be the meaningfulness of a company." That's why Dieter Lange quit his job at the time. He wanted to gain distance and flew to Hawaii. There, new ideas came to him: "I knew where I had to go to find answers to the questions that interested me most."

No sooner said than done. When Dieter Lange arrived in Hawaii, there was no plan in his life: "But at some point everything comes together - the right moment, the right person, the right place and a lot of luck. That was a given in this case." At that time, Dieter Lange already had the intention, or at least a sense, that he could become a coach. In the interview, he reveals, "I could imagine all kinds of things, just not what I had done until then. I wasn't a dropout, I just wanted to take some time out and reflect."

For two years Dieter Lange travelled around the world: "During this time I received a training in perception that is not available in Germany in the form of books or at universities. You reach depths - and if you like, heights as well. You get views for a holistic perception, so that you no longer see many things separately. You can't describe it with words - you have to experience it. That's why I'm a little hesitant to describe spirituality. You really have to experience it for yourself."

Can spirituality be taught? Dieter Lange says: "You can lead people there without question - that's what I do in some of my seminars, for example. People are enthusiastic about it because they then get a different perception or different solutions for their lives. They understand where their problems come from. Because a lot of people can't understand why they're facing the same problems over and over again. That needs to be brought to their attention so they can guide themselves."

During his travels, Dieter Lange always asked the same questions: "The answers of the wise men were almost identical. And I convey these answers in my lectures and seminars." Thus he has found an activity that fulfills him. He talks about one of his first lectures and reveals: "When something comes to you with absolute ease and you don't have to make a big effort, then you feel: This is it! That was my key moment when I realized: This is it. And that euphoria has never waned since."

Childhood as an imprinting phase

Many theories of personal development relate to childhood. In this formative phase, the foundation stones are laid from which later beliefs and patterns emerge. Dieter Lange: "In psychology we speak of the repetition compulsion. Those who do not know their past are forced to repeat it. That's why it's important to take a very conscious look at what exactly happened to you."

Because the beliefs and patterns we have developed are not always good for us. So how can these patterns be broken? Dieter Lange: "Becoming aware of this works, for example, by writing down the sentences that our parents have always repeated. The great danger is that you do the same with your children. Love a child and he learns to love. Hit a child and he learns to hit."

Dieter Lange: "What bothers us about others has to do with ourselves."

Projection is also an important visual word when it comes to personal development. Dieter Lange claims: "What bothers us in others has to do with ourselves. In my seminars I show how much we fight in others what bothers us in ourselves. We cannot see anything on the outside that is not within us. We can only see arrogance in others if we are arrogant ourselves." While we are not responsible for what happens, we are responsible for the way we experience and deal with something."

Dieter Lange is certain that it is not the things that bother us, but the meanings we give them. He says, "You can tell a lot about yourself by how you perceive people or situations. The great battles of life we fight only within ourselves." This can also explain the issue of anxiety. In the interview, the expert reveals, "Many people are not successful because they do not control their fears. Fortunately, people can be carried out there. The way out of fear is always through fear."

Dieter Lange's clients include not only executives but also competitive athletes. What connects the two professional groups? Dieter Lange: "It's always about giving people the strength within themselves. Help must always be help for self-help. You can't give people shock experiences, you have to constantly develop their confidence in themselves. Then ease, relaxation and intuition arise. The ability to no longer be guided by the mind is the very high art - not only for managers, but also for top athletes. The important thing is the playfulness, the certain lightness."

The challenge is to find the right balance between ease, training, effort and discipline. Dieter Lange: "If you overexert yourself, you tense up and your intuition suffers. The mind can lie, but the body can't. That means we get signals immediately. You have to purposefully overexert yourself. Not brutally overtax - then you're in the red speed zone. Purposefully overtaxing yourself means going this far and a little bit further. But the extra bit has to be experienced with pleasure, not pain or cramping. I call it purposefully overextending yourself. If you will, it's the encore - but self-directed."

In the third part of the interview, Dieter Lange talks about the characteristics and tasks of managers and reveals why some people are workaholics and have to work all the time.