4 Ears model: how does it work and where does it apply? 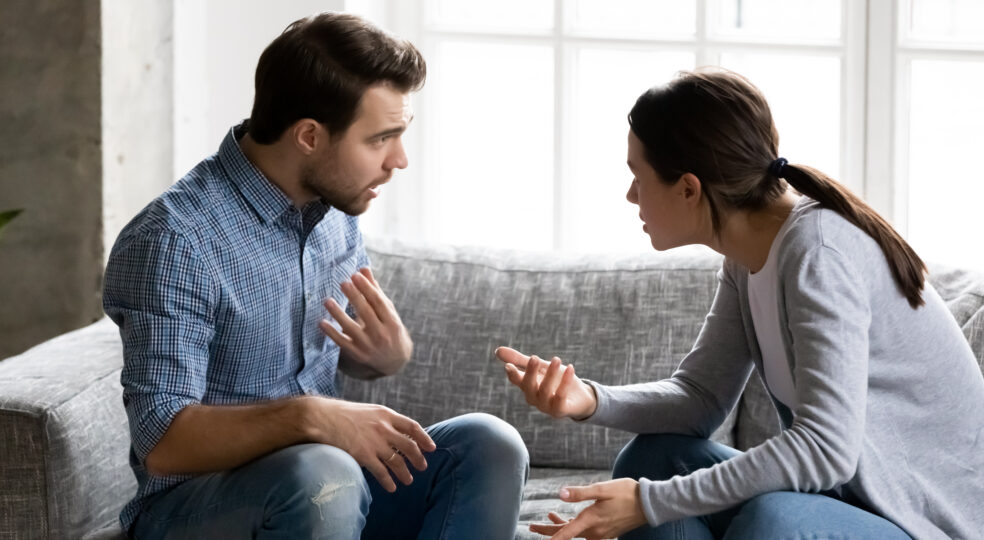 A message can arrive at the beginner quite differently than it was originally intended. This phenomenon is probably familiar to everyone. According to the well-known communication researcher Friedemann Schulz von Thun, a statement can be perceived in four different ways. This insight forms the basis of the successful Communication. In the following, you will learn what the 4 Ears Model is all about and how you can use it profitably for yourself.

What is the 4 ears model?

According to Friedemann Schulz von Thun, who developed the 4 Ears Model, people speak with four beaks and listen with four ears. This relationship is often depicted with the help of the so-called communication square.

Interesting to know: The well-known communication scientist has founded the "Schulz von Thun Institute for Communication" in Hamburg. On the Homepage of the institute you will find a lot of scientifically based information about communication and specifically about the 4 ears model.

Under what other names is the model known?

Characteristic for the 4 ears model are the Four pages of a message. For this reason, the model is also known under the designations Communication Square or News Square known. The square representation makes the underlying principle particularly clear.

How does the 4 ears model work?

Interpersonal communication is an extremely exciting area of research. It is impossible not to communicate. Even if you only enter a room silently, you are sending nonverbal messages. When talking to other people, it is not always guaranteed that your statements will be understood the way you meant them. Of course, the same is true the other way around.

How your interviewer interprets your statements depends on a variety of different factors:

The 4 Ears Model is a tool to find out how your conversation partner might have understood your statement. Put simply: With which ear did he listen? The four levels of communication are as follows:

By looking at the different ways you can interpret what you are saying, you can succeed in steering conversations toward their goals. Conversely, it makes sense to apply these insights to yourself as well: With which of the four ears did you listen? Did the person you were talking to really mean what they said in the way you understood it?

Let's now take a closer look at the four levels of a message:

The factual content of a statement comprises sober data and facts without emotional valuation. Anyone listening at the factual level filters out the essential information and classifies it according to truthfulness and relevance. A sender who wants to communicate on the factual level should strive to convey the information as clearly and understandably as possible.

With self-disclosure, the sender reveals information about himself or about his attitude to the respective topic of conversation. Whether unconsciously or intentionally, self-disclosure reveals feelings, Values as well as personal characteristics. The recipient of the message makes an assessment of his counterpart based on this information: What kind of person is this? How is he or she feeling right now?

The relationship level reveals how the interlocutors relate to each other on a human level. The nature of the relationship becomes clear through certain formulations as well as the tone of voice, but also through nonverbal signals such as gestures and facial expressions. This can also happen consciously or unconsciously.

If a message is interpreted on the relationship level, the recipient may feel valued or rejected by the statement, for example.

If a statement is perceived as an appeal, the receiver thinks that the sender wants to make him perform a certain action or otherwise influence him. Often, however, the instructions for action are not formulated in concrete terms. Accordingly, the recipient often has to conjecture what exactly the sender wants him to do now.

Important to know: No matter what the sender intends: Every message basically contains all four levels. The ear with which the receiver listens depends on his or her personality, the relationship with the sender, and personal previous experiences. Two people can interpret one and the same statement from the same sender in completely different ways.

Examples for the 4 ears model

Now you are already familiar with the basics of the 4 ears model. At this point, it makes sense to illustrate how the model works with the help of two everyday examples.

Example 1: The sun is shining.

Situation: Two friends are talking. One says to the other, "Hey, the sun is shining." His friend could now interpret this statement as follows:

Example 2: The traffic light was yellow.

Situation: A married couple is sitting together in a car. The husband points out to his wife that the traffic light had already turned yellow when she drove through the intersection. His wife could now interpret this statement as follows:

Misconceptions in the 4 ears model

The above examples make it clear that misunderstandings can arise very quickly in the 4 ears model. The danger is even greater if the sender does not formulate his message clearly.

Let's imagine the following situation: A man says to his wife that her hair would look different. The woman can also hear this message with four ears:

Let us assume that the man has merely expressed his observation in a value-free manner (factual level). However, this value freedom is problematic in this context: Since he did not say whether he finds the change beautiful or not, his wife assumes that he does not like it.

She feels criticized and belittled by her partner, although this was in no way his intention. As a result, she reacts in a correspondingly irritated manner and accuses her husband of being insensitive and no longer finding her attractive. The latter is completely surprised by the emotional reaction and goes into a defensive posture. As a result of this Misunderstanding unnecessarily to the dispute.

In which areas is the model used?

The 4 Ears Model by Friedemann Schulz von Thun is used in almost all areas of life. This is simply because communication is omnipresent. As soon as two people interact with each other, the four levels play a role. This cannot be avoided at all.

Especially in the professional field, you can profitably use your knowledge of the four-ear model by putting yourself in your counterpart's shoes. Think about how your intended statement could be interpreted on all four levels. In this way, misunderstandings can be clarified promptly or even avoided altogether.

At this point, it becomes clear once again how important it is that you formulate your statements clearly. The more clearly you express yourself, the less room for interpretation your counterpart has.

How can I express myself more clearly?

To ensure that your messages reach the recipient as desired, the following tips can help you:

Conclusion: The 4 ears model is omnipresent

The 4 Ears Model is one of the best-known communication models. Understanding the principle behind it can help you steer conversations constructively and significantly reduce misunderstandings in both professional and private contexts.

Furthermore, the 4 Ears model is useful for checking your own conversational responses for appropriateness. If you are not sure how your interlocutor meant a particular statement, consider all four levels. Ideally, however, it's a good idea to ask directly, "Did you mean what I understood?"