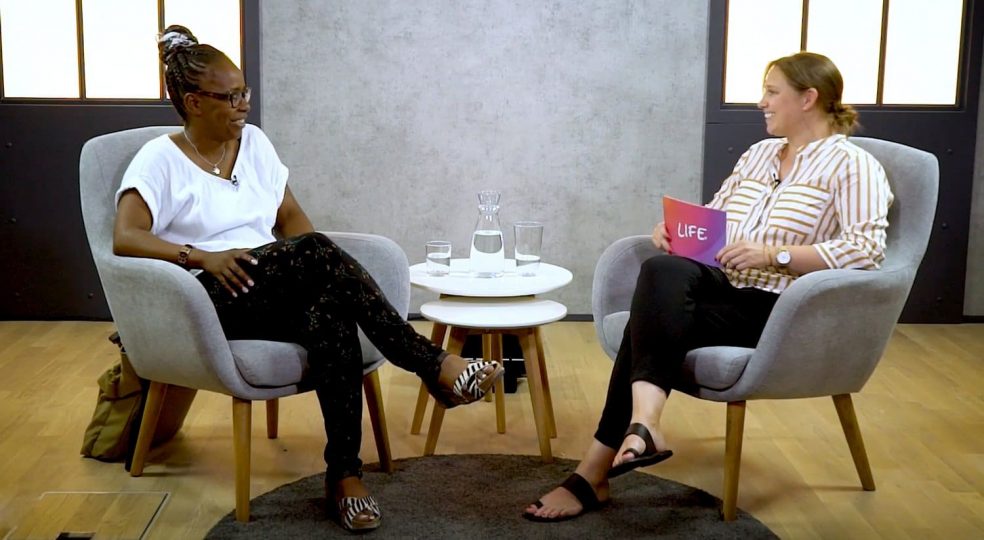 Letting go properly - that can sometimes be a long road. Shary Reeves has also been down that road. That's why she wants more people to stand up and speak out against racism and discrimination. She says: "It has to be guaranteed that in a group of 50 or 60 people there are always a few people who say: That's not how it's done! We humans long to be led. It's like in a football game: you always need three or four players to lead the way. Then there's an energy in the togetherness that's so much stronger than negativity."

Speaking of soccer: The sport is one of the few constants that runs through Shary Reeve's life. In the interview, she says: "Football has shaped me very much from a social point of view. It taught me what it means to win together. And wanting to win is a human instinct. People also need to feel that they are allowed to be special at times."

From top athlete to presenter: Shary Reeves played in the German national league, but then switched to the media sector, where she could earn considerably more money. She says: "I love being on stage and started out playing music with my siblings." Her band "Sqeezer" was successful for several years. In the end, however, the siblings decided to go their separate ways career-wise.

I let go of friendships that weren't doing me any good.

By chance, the Cologne native landed a moderator job at WDR. In addition to presenting, Shary Reeves also worked as an actress in the early evening series "Marienhof". She reports: "It was a nice time, but I noticed relatively quickly that the real soap took place behind the scenes. I found it very exhausting. There were actors who had therapy in the workplace and really forced friendships on me that I didn't want. I went along with that at the time, but eventually broke away from people who weren't good for me."

Shary Reeves then hosted the children's series "Wissen macht Ah!" for 16 years. She says: "It was a great format and a damn good constellation of people who managed to reach other people. We were authentic and credible with what we did. I got to be part of one of the most awesome formats for kids and teens ever."

But Shary Reeves also had to suffer tragic blows of fate. Her brother, who was known throughout Germany for his music, was brutally murdered. A short time later, her father died - also in a horrific murder. She recounts, "When I was on my way to my father's funeral, my foster mom also died. For me, the day she died wasn't real at all."

When Shary Reeves is asked today how to deal with such terrible situations, she answers: "You can't ignore the obvious. And the obvious is that life includes both the day and the night. I understood that very early on."