Is the DISC personality test accurate? 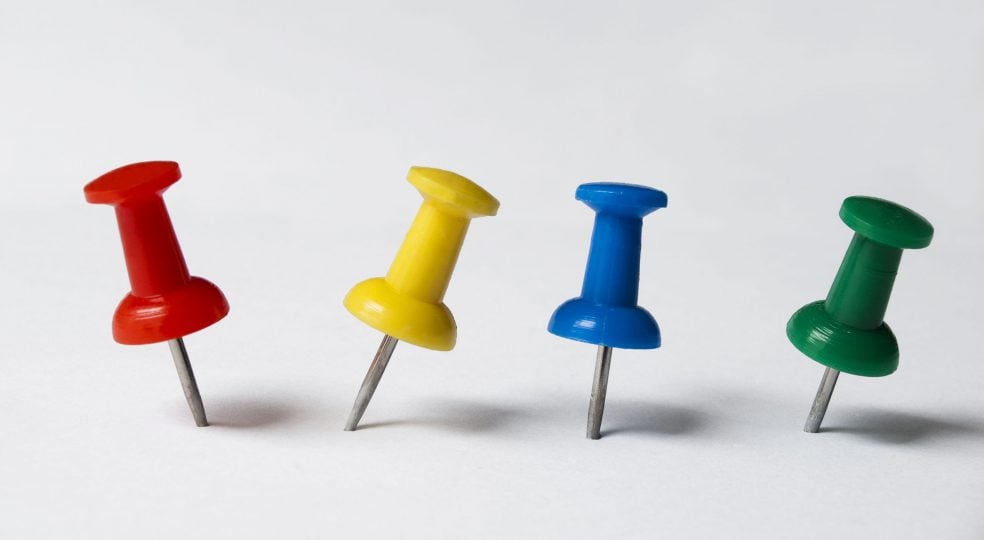 Successful people are characterized by being aware of their own strengths and weaknesses. They promote their personal and professional talents and master challenges with flying colors. To learn more about your own strengths, motives and Behavioral Dimensions , the DISC personality test fits particularly well. But is the DISC personality test accurate? How high is the validity of the results? In this blog post you will learn about the scientific basis of the test and why you can trust it without reservation.

Understanding the accuracy of the DISC test

The foundations of the DISC model date back many decades and yet are more relevant today than ever before. The origins date back to the 1970s - and with it the scientific claim that the model represented then as now. The DISC model is meant to accompany people on their path to personal and professional growth. This is highly complex in that the human psyche and the personalities of individuals are also very complex.

Today we know that every human being consists of several layers, the "onion layers". Accordingly, the human being must always be considered in the context of his environment. This means the behaviour which is influenced by the environment. The core personality and the underlying traits also influence individual behaviour. In short, depending on the environment and situation, the same person may act completely differently in a different context. The onion model alone according to William Moulton Marston thus shows how complex the DISC model is and that it considers a wide variety of dimensions.

The main focus of the DISC test is to make this complexity understandable in such a way that everyone who uses the test benefits from it to the maximum. Scientific validity is the be-all and end-all. In the following paragraphs you will learn how exactly it is possible to see through a personality within a very short time with the help of questions and answers. But one thing in advance for all impatient people: The question "Is the DISC personality test accurate?" can be answered with an unequivocal yes.

How accurate is the DISC test?

The DISC model is based on personality research, more precisely on the subfield of behavioral psychology. This area focuses on, human behavior to understand, explain and predict. To achieve this, there are different approaches, some of which are considered more or less controversial. What is certain, however, is that it is not the one model exists. Or to put it another way: different models have equal raison d'être and can even complement each other perfectly.

Theoretical background of the DISC model

In the DISC model, there are four behavioral dimensions:

However, the psychologist never worked on an instrument to measure human behavior. Although he is considered the founder and developer of the DISC Theory (Dominance, Inducement, Submission, Compliance), but it was John Geier who really brought the model into our everyday lives. From 1970 onwards, he was concerned with creating superordinate categories in order to define behaviour. The DISC model that we know today was developed by Friedbert Gay, an associate of Geier's, was introduced in Germany in 1990. It represents the assumption that every person has strengths that they should live out.

At the same time, the model also states that at a certain point, strengths can lead to limitation in the form of non-productive behavior. This refers to behaviour that is not constructive but leads to destruction. Here, among other things, the contents of the psychoanalyst Erich Fromm are included. As you can see, many clever and talented people have been involved in the development of the DISC model over the decades. Of course, this does not prove how exactly the DISC model actually analyzes. But it is a clear indication that numerous scientific approaches have been incorporated.

But how were these approaches brought together in concrete terms - and in such a way that they are scientifically valid? This is an important question in answering the overarching question, "Is the DISC personality test accurate?" Well, the DISC model makes use of three statistical principles: dimensionality, reliability, and validity. They ensure that the test gets its extremely high accuracy. What you may understand by the three terms, we want to explain briefly here:

Dimensionality of the DISC model

The DISC model is not designed to identify basic personality traits, but to capture situational behavior. The focus is therefore on the levels of personality that can be observed. For human behavior is extremely complex and requires a multi-layered, multi-dimensional model. Whereas in the past people often took an either-or perspective, today all areas are covered. This includes, for example, the environment, the person and the respective situation.

So your behavior is the result of many factors. You may behave differently at different times and in different situations. The important thing is that personal and situational factors influence each other. And it is these factors that the DISC model captures. It includes your behavioral dimensions, your Behavioural tendenciesyour personal beliefs, your way of dealing with change, your inner and outer self. Potential for conflict and your personal strengths. Thanks to this high complexity, the DISC model provides a lot of valuable insights.

Reliability of the DISC model

Reliability examines the following question: Does the test produce the same result when repeated? Only if this is the case can it be considered valid, because only then is it truly reliable.

Tests for reliability usually look like this: Different subjects answer the same questions several times, with a longer time interval between measurements. The results are then compared with each other. This allows us to determine whether they agree with each other.

These tests are based on the assumption that the DISC Behavioural Dimensions not change in the short term. Or to put it another way: If a test person is thoroughly an initiative type (yellow) in the first result, the second test should not suddenly show that he is primarily conscientious (blue). In this case, the DISC test or the model would have no reliability. But don't worry: exactly the opposite is the case.

At this point we would like to add that it is generally almost impossible to achieve absolute reliability in test repetitions. Because even if the test subjects do not change, the results always depend on factors such as the form of the day, the situation, the tiredness and the mood of these subjects. One hundred percent agreement is therefore unlikely.

However, the DISC test has repeatedly proven its reliability over the course of time. Companies such as persolog have published various reliability figures in recent years, which have always been in the good or even very good range.

Validity of the DISC model proven thanks to research

Moreover, the question "Is the DISC personality test accurate?" can be answered from a scientific perspective as follows: Over the years, there have been various reliability studies to determine the Validity of the DISC model and to prove its validity. Validity basically deals with the question: Is what is to be measured really being measured? Worldwide studies and research have shown that this is the case with the DISC model.

These include, for example, a study conducted in 1994 in the German-speaking region in which 280 subjects participated. With the aid of the study, the reliability and Validity of the DISC test can be clearly demonstrated. In a representative "persolog" study from 2004, 1,029 people took part and in the company's latest study on reliability there were even 1,093 participants.

In further studies, those responsible have examined all sub-areas of the model and improved individual elements step by step. Through meticulous evaluations and continuous improvements, it can be said today that the DISC model and associated tests have an extremely high validity.

DISC: Successful in companies & in recruiting

DISC tests are now used by numerous companies to get to know their employees better. This is especially true for recruiting, but also with regard to long-term employee retention. By the way, we are not talking about just any companies, but DAX companies and global corporations that ask the question "Is the DISC personality test accurate?" also answered in the affirmative.

Specifically, companies benefit from the fact that the internal communication is improved. In this way, they encourage employees and managers and achieve even better results. The togetherness increasingly improves and the motivation and mutual understanding increase. More appreciation, more recognition, more enjoyment of work and more success - sounds pretty ingenious, doesn't it?

How are the family colors defined?

DISC can be described not only by letters, but also with the help of colors. And now that you have learned more about the background of the DISC test, we would like to briefly introduce these to you. The following color assignments apply:

These four levels form the basis of your personality profile, and you can use the free Greator personality tests determine. The result is the four behavioral dimensions mentioned above, which give you a first impression of your strengths and your incredible potential.

So we can now answer this question "Is the DISC personality test accurate?" with a crystal clear yes. The DISC test is one of the most accurate and well-known personality tests there is. Together with the Big Five and the MBTI test it is one of the most thorough and accurate tests used in many countries and industries. Numerous companies and private individuals have relied on his evaluations for years - and you can do the same.

Well, curious which DISC type are you? Then find out now for free! On the basis of the DISC personality types, within three minutes you will recognize which of the four dimensions of behavior you belong to. Here's how: Answer 16 questions by deciding which answers apply most and which apply least to you. A few minutes after your test, we'll send you the results by email.