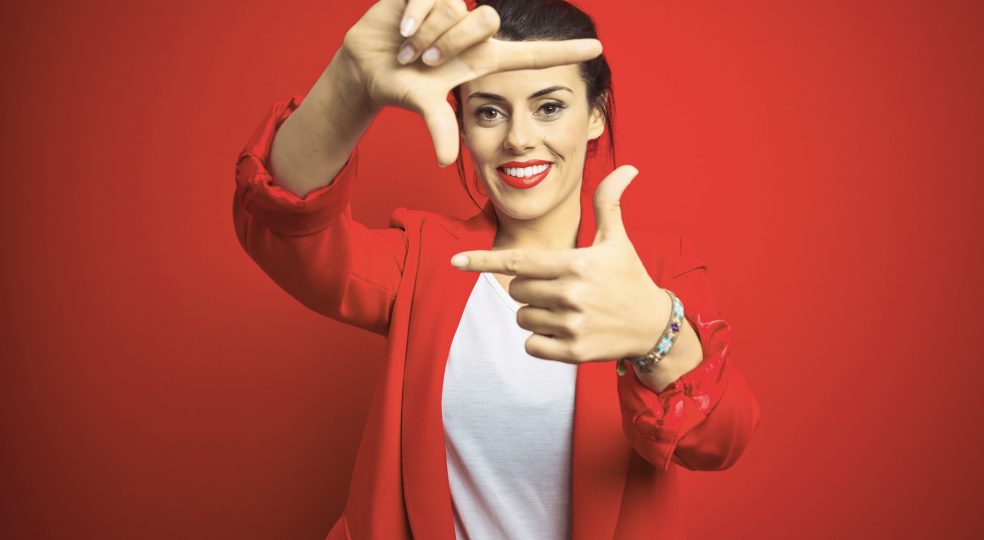 Someone makes you feel like they don't even see what you're doing? The person hardly praises you. Do you get the impression that it does not appreciate you? Do you have a situation in mind where you have experienced something similar? In this article we would like to tell you more about the DISC model and in particular the red type we just described, according to DISC. The DISC model according to the psychologist William Marston characterizes four behavioral dimensions. DISC namely stands for

According to the DISC model, every person possesses all four behavioral tendencies, but in different forms. In the DISC Personality Test you determine which tendency is most pronounced in you. This will help you to better understand what drives you and why you behave the way you do. In the following, you will learn everything that makes up the DISC "Dominant" behavioral dimension.

The "Dominant Behavioural Dimension" according to DISC

People with the dominant behavioral dimension have a strong will, ambition, a strong sense of responsibility and determination. This type likes challenges and likes to make decisions. He is committed and innovative. Being dominant also means being quick. These people like to take risks. They are impatient and very direct in dealing with other people. They don't want to waste their precious life time waiting.

Whose character is "Dominant" according to DISC, likes to demand his freedoms. It is a born leader and often strives for power. Its energy reserves are inexhaustible. A Dominant personality has high expectations of himself and others. If they are to evaluate results, they set their own standards for this. On other people, the DISC "Dominant" type often appears arrogant and inconsiderate due to its high self-confidence. Those who manage to adjust to the Dominant person's intensive way of working often exceed their expectations. Others, on the other hand, feel easily excluded.

The Dominant person does not show much personal warmth. It keeps close contact with a few people who understand her and share her ambitions. Their confidants know that they want to succeed by excelling. The DISC "Dominant" personality is a doer who handles crisis situations. It likes to get to the bottom of problems and come up new products and systems. Thus, the DISC Dominant dimension stands for innovation and the implementation of new ideas.

The twenty different DISC types enable a further, more differentiated subdivision, on the basis of which you can classify yourself and your fellow people. If you know the 20 types, you will understand the behavior of your fellow people and also your own behavior much better.

The pioneer is a classic red type according to DISC. It is someone who sets out for new shores, sets up new systems, conquers countries, creates things that have never been done before. The front runner combines the DISC red type with the DISC yellow type. It is therefore also a relationship person and likes to be the center of attention. The pacesetter type has significant DISC green traits. It is social and likes to be part of a team that it steers in a certain direction.

The inventor combines the red guy with the blue guy. Here a good portion of conscientiousness is added. As a reliable and competent type, the inventor prefers to work alone and sometimes indulges too much in his perfectionism. The mediator is a combination of DISC red type, yellow and blue type. It is not only dominant, but also conscientious and proactive.

Strengths of the DISC "Dominant" Dimension

The red type according to DISC is a doer. With a sharp mind he goes out and wants to create great things in the world. In doing so, he creates his own rules. He does not like to be constricted by common rules. He is determined and decisive. That's why he has no problem taking on responsibility. As a born leader, it is in his nature to lead people. His energy level is always high and hardly anyone can keep up with him.

A red type stands up for itself and its beliefs. People always know where the other person sees them because it is very direct. Flowery words or manipulative behavior do not suit it and it has no time for that. It tells his environment straightforwardly what it thinks. The "Dominant" type radiates an unshakable self-confidence. This is attractive to insecure people who like to submit to its leadership and feel secure when it makes the decisions for them and determines the course.

Just as the red type likes to lead, it also likes to take responsibility. In a project, it is willing to take responsibility for different areas because it is easy for him/her to make decisions. The DISC "Dominant" type embodies the aggressive element that is necessary for change of the status quo. Without it, there would be no innovation in the world.

Weaknesses of the DISC "Dominant" dimension

The DISC "Dominant" type appears slightly arrogant to others. It does his thing and likes competition. It likes to challenge those around him to a trial of strength. Since it doesn't care what others think of it, it comes across as easily inconsiderate to those around it. It maintains only a few good friendships. To these people it gives insight into his way of thinking and they know what drives it. Thus they understand its behavior. The majority of people, however, who only see the red guy's brash ways, find him harsh and lacking in empathy.

If the DISC "Dominant" type does not have access to its own weaknesses and vulnerability, it is sometimes too driven by its greed for power and influence. Then it also goes over dead bodies to achieve its goals and sacrifices his relationships for its career. Red guys have good access to their anger and aggression. When they get angry, they let out their feelings loudly without holding anything back or considering the sensitivities of those around them.

Dominant people are motivated by freedom and variety. They are leaders and lead the way. They thrive when they can develop independently without restriction or control. They are born self-starters who are super self-motivators. They are driven entirely by their inner drive to achieve their self and lofty goals. They enjoy competing with others and competing with people they perceive as equal or higher.

The strength of the DISC "Dominant" type is its energy anchored in itself. It is the living example of intrinsic motivation. When it serves its goals, it summons endless reserves of energy to achieve them. It is important, however, that these are goals it has set for itself. It must be convinced of what it is doing, then there is no stopping.

The DISC "Dominant" personality sometimes comes across to others as stubborn, obstinate, and even aggressive. When the red personality is in its element of doing, it likes to forget everything else around it. It may be that the dominant person's environment perceives or describes this behavior as lacking empathy, non-appreciative, disrespectful, or selfish. But the "Dominant" personality is not doing this intentionally or with the goal of showing up the other person. It simply sees the goal in front of its eyes and is not very receptive to the interpersonal aspects. It is welcome to be told this over and over again.

These are approaches that allow this personality to develop:

The red type is a born leader and feels comfortable in all managerial positions. What it doesn't like at all is having to be told what to do by a superior. That is why dominant types sooner or later usually find their way to independence. They like hierarchies when they are at the top. Dominant types do well as self-employed, freelancers or entrepreneurs, because here they can work according to their own ideas and laws. Ideal professions for the DISC red type are:

With the DISG personality test you can quickly find out which personality dimension you belong to. This helps you to understand yourself better. You gain clarity about why you do certain things in your own way, why you think in a certain way and why some behaviours of your fellow human beings bother you so much. In this way you strengthen your self-confidence and improve your social skills. You will find it easier to communicate and work more productively with others. You are more likely to be able to resolve conflicts peacefully and generally experience more ease and joy in your relationships.

Do the free DISC personality test from Greator online now and gain immediate clarity about which DISG personality type you are!

The DISG model is based on scientific findings and provides you with reliable results. If you are not clearly dominated by one type, this is not a problem. At DISC Personality Test PRO you will receive an in-depth analysis of your behavioral dimension. In this version, we also go in depth into the 20 different possible combinations of DISC behavioral dimensions.

In our personality test PRO you will learn more about:
Your exact personality type
How you deal with challenges
What motivates you
How you react to new situations
... and much more!
LEARN MORE NOW!
Share this article