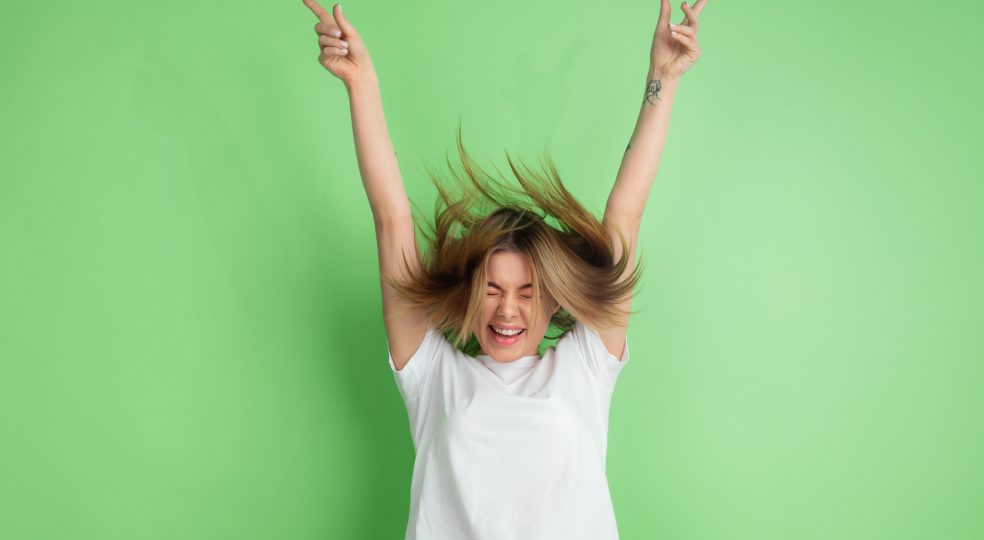 Do you sometimes find it difficult to understand why your fellow human beings behave in a certain way? Maybe you even have problems accepting yourself as you are? If you become aware that everyone behaves according to their personality structure, living together will become easier. The DISC model is used to analyze people. It can help you to better understand yourself and your environment. The DISC model distinguishes between four dimensions:

Every person carries all personality traits within themselves, but in different forms. If you know about the four DISC dimensions, you can also recognize them in your fellow human beings and thus better assess how and why someone behaves in a certain way. In a DISC Personality Test you find out your own dimension and get to know yourself better.

The DISG model is often used in psychology all over the world and is based on scientific findings. In this article you will learn everything you need to know about the DISG. DISCdimension.

The "Steady Behavior Dimension" according to DISC

The green type according to DISC is a born team player. As such, he is friendly, balanced, helpful and level-headed. When his friends need him, he is there. He is reliable. The DISC Steady person is a great listener, patient and humble. A good listener, he listens carefully to the questions of those around him and answers thoughtfully. He loves and needs harmony. He deeply detests quarrels and conflicts. The DISC Model Green also dislikes change. He prefers stability and a regulated environment. The DISC green type feels comfortable in a team, but does not like to be the center of attention. He supports cooperation between team members and reacts with compassion and empathy in difficult situations. The DISC steady type does not like to make decisions alone. He feels more comfortable when decisions are made from within the team.

People with the steady behavioral dimension care about being close to other people. Therefore, leadership positions are less attractive for them. As caring and compassionate beings, DISG "Steady" personalities like to take everything from their fellow human beings - sometimes to the point of self-sacrifice. Saying no is not their thing. For others, they seem easily predictable because of their nature. The green DISC Model does not like hostile or aggressive people. Competitive situations are also unpleasant for people in this dimension. It needs everyone to get along well and harmonize with each other. From a superior whom he trusts, a DISC green type likes to take instructions. However, he should not be given rough goals, but rather detailed instructions about what he should do. Superordinate goals are too abstract for him.

According to the DISC model, many people are not pure types, but have two to more dimensions more pronounced in their personality. There are a total of 20 different personality types, to which the four DISC dimensions can be combined. The green family of the DISC model includes the:

The Stabilizer represents the DISC "Steady" dimension in its purest form. The Specialist combines green and red, i.e. steady and dominant parts in his personality. As a result, he makes decisions easily, is innovative and does not shy away from risks. The Helper combines the steady and the initiative dimension. The relationship level is strong in him. The Standard Bearer brings a high proportion of conscientious elements in his personality. He is thorough, analytical and accurate. As a Standard Bearer he maintains the status quo. The Practitioner combines steady, initiative, and conscientious personality elements in his character. He not only maintains good relationships with those around him, but is also very analytical and stable.

Strengths of the DISC "Steady" Dimension

The green type according to DISC is a very good listener and has plenty of compassion for his fellow people. He can put himself in their perspective and understands what moves them. In addition, he is in need of harmony and does not like conflicts or competitive situations. This makes him a pleasant person to get along with. The DISC steady type is very sensitive to the wants and needs of others, so he is a tactful contemporary. He is steady because he likes stability. As a person who cares about harmonious interaction, a DISC green type is also honest and loyal. A green type will always have your back. And if things go badly for you, you can be sure of his support.

The green type according to DISC is warm, reliable and patient. It is the kind of person that everyone would like to have as a best friend. He also forgives his friends for mistakes. With his calm and kind nature, the DISC model "Steady" easily connects with others. You just have to like this person. His unobtrusive, modest nature is a pleasant balance to the loud characters who like to be the center of attention.

Weaknesses of the DISC "Steady" dimension

The greatest weakness of the DISC steady type is that he cannot say no. This puts him at risk of being taken advantage of. Unfortunately, not all people mean well by him. His big heart makes the DISC green type very understanding of others, therefore some people have no qualms about letting him do their work or asking him for the hundredth favor. The DISC model "Steady" also does a lot of things for the sake of harmony. The main thing is that there is no quarrel and everyone is happy. For this, this person also likes to sacrifice his own interests. Due to his great need for security, the green DISC type perceives change as a threat. If things don't go according to plan, he doesn't like it at all.

Even if a DISC "Steady" type has a clear opinion on a subject, he will not express it. If he passes on negative information, he does not use a direct communication style. Where assertiveness and self-confidence are required, the DISC model green is too passive. The DISC steady type avoids arguments and confrontations. He also does not give honest feedback to someone who might need it. If a conflict with someone seems to arise, the DISC green type prefers to delay his decisions as much as possible.

What motivates the "steady" type?

The DISC "Steady" type likes to move in safe and familiar territory. It motivates him to enjoy stable structures and a familiar environment. He likes to be asked regularly how he finds something or how he is doing. The DISC "Steady" type likes to play a supporting role in a team or is "the good soul" of a company. If he can create harmony in the team or motivate individual parties to work together, he is in his element.

The DISC steady type likes to support. Therefore, he feels comfortable where he can contribute to the success of a project. However, he should be given a place in a team for this. The DISC "Steady" type does not like to go it alone. As long as routine and stability are maintained, a green DISC type can also take a leadership position. But then please only as the leader of a small team with which it can continue to work as part of the team.

If a "steady" DISC type does not work on himself, he runs the risk of being taken advantage of. He will also always come up short if he never addresses a problem openly in order to maintain harmony at all costs. What you can do as a DISC "steady" model to stand up for yourself more:

The DISC type "Steady" likes jobs in which the daily work can be planned, is predictable and regulated. He likes to integrate himself into a team and contributes to the fact that everyone gets along well and works harmoniously with each other. Since the "steady" DISC type likes planning security and stability, conservative professions and employers are suitable for him, with whom he can stay from education to retirement. He is not the type who changes jobs every two years and prefers to travel to all continents. Business trips should be rather out of the question for him, but he likes to work according to the rules. The "steady" DISC type is in his element in the following professions:

Those who know their DISC dimension understand themselves better and can make better decisions for themselves. In addition, it is beneficial to study the DISC model in depth. Thereby you can:

The DISC test is the key to a more harmonious relationship. In the first step you should determine your own DISC dimension. The best way to do this is to take our free DISC personality test online. In a few minutes you will get your result and a good description of your dimension. Are you assigned to a single dimension or is your personality more of a mixed type? After our test you will have clarity.

For all those who want more, there is our DISC Personality Test PRO. In it you get concentrated knowledge about the four personality dimensions as well as about all 20 mixed types. Afterwards, you will be able to use your knowledge confidently in dealing with your fellow human beings. You will see that it especially relaxes your relationship with previously difficult people when you finally understand why they do what they do. Each personality type acts according to their world view and needs. Instead of getting angry about it, you now understand why.

In our personality test PRO you will learn more about:
Your exact personality type
How you deal with challenges
What motivates you
How you react to new situations
... and much more!
LEARN MORE NOW!
Share this article