DISC "Influencing" behavioral dimension - what are its characteristics? 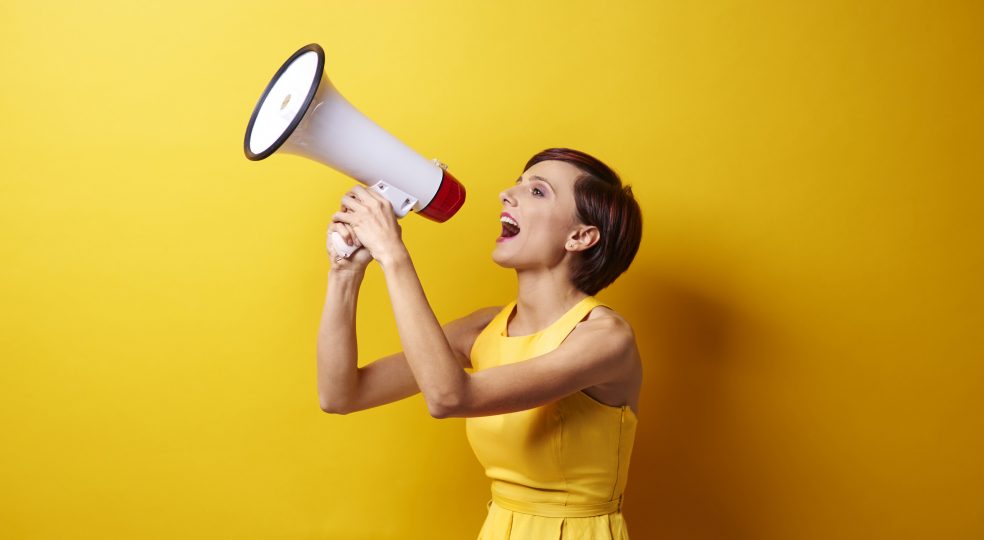 According to the DISC model, all four personality traits are dormant in every person, but in different forms. You can find out for yourself in the DISG Personality Test Identify which dimension is strongest for you. This will give you more clarity as to why you behave in a certain way or do things in a certain way.

The DISG model is based on scientific findings and is widely used in psychology worldwide. You have a useful tool at hand to better understand yourself and your fellow men. In the following, you will learn everything you need to know about the DISC "Influencing" behavioral dimension.

The "Influencing" dimension according to DISC

People with the "initiative" dimension are the relationship person par excellence. This person likes to surround himself with friends and family and skillfully builds a large network. This type knows how to cast a spell over people and to win them over with their Charm to charm. With their positive energy and enthusiasm, they sweep other people along. They approach new people openly and curiously and also like to be the center of attention - the world is their stage, their fellow human beings their audience. Sometimes it is difficult for the DISG "Initiative" person to put himself in the place of his fellow human beings or to empathize with their pain. This is usually because he is too busy with himself. With his enthusiasm, the DISG "Initiative" type can motivate people and win them over for something - if he manages to keep his focus long enough. If he manages to use his talents for his goals, the yellow type is often exceedingly successful.

What the "initiative" type is less comfortable with is attention to detail and analytical thinking. His way of working is unstructured, which easily looks like incompetence to others. Introvert People sometimes find the yellow type exhausting and have little desire to listen to him for hours. The type does not like conflicts and quarrels at all. He gives them a wide berth and avoids them as long as possible. A yellow type fears negative emotions like the devil fears holy water. He likes to distract himself from them with everything that is available. Drugs or other addictions are also welcome to him as a distraction from bad sensitivities.

According to the DISC model, many people are not pure types, but combine different aspects in their personality. Overall there are 20 different personality types, which can be combined from the four DISC behavioral dimensions. The yellow family of the DISC model includes the:

The Entertainer is the DISC "Influencing" type in its purest form. He is most comfortable in the center of attention and thrives when the spotlight falls on him. The Persuader also integrates DISC red parts, so he is not only someone who likes to socialize and motivate others, but also a doer. The Harmonizer likes familiar routines and takes an interest in those around him and their issues. He wants everyone to get along well. The strategist thinks things through and has high standards for himself. In contrast to the pure DISC "Influencing" type, he is conscientious and reliable. The Practitioner not only likes to hear himself talk, but is also a good listener. In addition, he is reliable and finishes what he has started.

Strengths of the DISC "Influencing" Dimension

The yellow type according to DISG is a born networker. He manages to bring people together and to inspire them for a cause. The DISG "Initiative" dimension stands for the team player who enjoys working with others. Here he flourishes and shows what he is made of. He is extremely communicative and manages to entertain people - even for an entire evening if necessary. He is bursting with creativity and Enthusiasm and has inexhaustible reserves of positive energy. This type surrounds Joie de vivre and optimism. He can motivate and his optimism is simply contagious. With him it will not be boring. He loves socializing and the beautiful things in life.

A DISG yellow type is socially competent. He approaches other people unselfconsciously and without shyness and establishes relationships with other people. Lightness new contacts and relationships. He feels most comfortable among people. If there is a lack of enthusiasm and drive somewhere, the "initiative" type can help competently. He brings new momentum into deadlocked situations. Curious, a yellow type goes through life and finds out what is possible. His fellow men like him, because you can have a lot of fun with him. He retains his curiosity and almost childlike enthusiasm even in old age, which is why he always seems fresh and youthful.

Weaknesses of the DISC "Influencing" dimension

The "Influencing" type enjoys the beautiful sides of life and that preferably to the fullest. Boredom, bad feelings or conflicts are not his preference. If he even suspects there might be stress, he'll make a run for it. A yellow guy is someone who would rather ghost you than break up with you face to face. His fear of the discussion and the bad feelings he might cause in his counterpart is far too great. Among the DISC "Influencing" types, narcissists sometimes cavort. In any case, a yellow type needs the admiration and recognition of those around him in order to feel good. It is also bad for him if someone steals his thunder and he is no longer the center of attention.

In extreme cases, a yellow type tends toward addiction and dependence. Driven by the desire to numb bad feelings, any means will do. However, the harder he tries to silence his negative parts through distraction and intoxicants, the greater the likelihood that these aspects will hit him with full force. Then he reacts with Anxiety or depression. Sometimes his restlessness becomes stronger with time, so that he is driven to constantly move on and search for something new. Thus he can lose touch with reality and with constant friends.

What motivates the DISC "Influencing" type?

Variety and constantly new stimuli are important to the yellow type. So it is granted that this person is not bored and does not feel trapped in a routine. An Influencing type has a high opinion of himself and likes to focus on his strengths. It motivates him when those around him confirm his strengths and mirror his high opinion of himself. He needs recognition and admiration like the air he breathes.

A yellow type is always looking for something better. So you can motivate this person well by holding out the prospect of excitement, variety and the thrill of the new. Nothing is worse for him than the same routine forever. He likes to try new things and explore new territory. To keep him on his toes, the DISC "Influencing" person should be offered exciting projects.

How can a yellow type develop according to DISC?

In order not to fall into depression or Burnout A DISG yellow type should work on himself in good time. What can you do as a DISG "Initiative" person to develop yourself further?

Common occupations for the yellow type

An initiative type is a team player and born networker. He also does well as an entertainer, because he loves the spotlight and the admiration of his fellow men. Stage fright He doesn't know what that means, but rather a longing for the big stage and the performance of his life. What doesn't suit him at all is a single office or a repetitive job. As a clerk he would die like a wilting flower. The DISG yellow type is therefore often found in the following professions:

When you know your DISG dimension, you better understand why you are the way you are. Instead of getting angry at yourself, this is a chance to simply accept yourself as you are. Recognize what potential you have and what opportunities this opens up for you in your life. In the free DISG personality test you can quickly find out which DISG personality dimension you belong to. This will help you to gain more self-confidence and to improve your social skills. Because if you study the DISG models a bit, you will also gain more clarity about your fellow human beings. Thus, a more peaceful and harmonious coexistence is possible. The DISG approach is based on sound scientific knowledge and provides accurate results.