Character traits: What does your personality reveal about you? 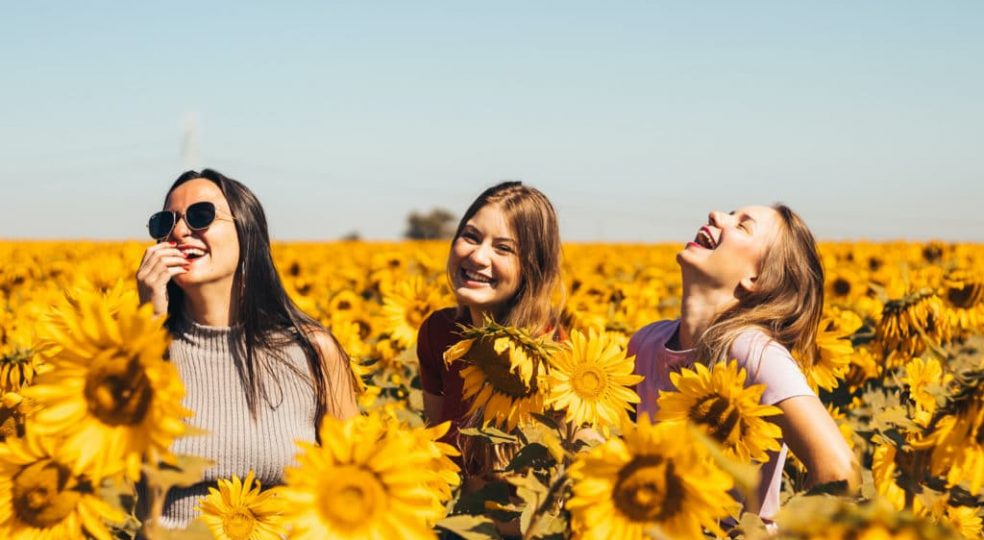 Reliable, self-confident, helpful - which character traits apply to you? Have you ever consciously dealt with your personality? If not, it's high time! Because knowing them will help you enormously, both professionally and privately. But what exactly are character traits? How do they develop? And in which areas of life do they have an effect? This and much more you will learn in the following lines!

What are character traits?

To answer the question, you should first divide the word into its constituent parts: The term "Character" originally comes from the Greek language and means imprint or feature. And a "Property" is also, strictly speaking, a characteristic that belongs to your being. Everything clear so far?

We hold that a character trait is an individual competency that defines you as a person. It is responsible for your BehaviorsYour moral and value concepts, as well as your emotional world. In modern language, the term "personality" is often used as a synonym for the totality of your personality traits.

How do character traits develop?

To get an accurate idea of what makes you as a person, your knowledge of how character traits are formed is crucial. Therefore, here is a little digression: character traits are neither innate nor inherited. They develop in the phases of your life and can change at any time.

Of course, your genes carry certain predispositions for certain traits. However, it has been proven that the first years of life are more important for the formation of your character. Not for nothing is this time called the "imprinting phase". During this phase, children observe the reactions of their parents and adopt them for themselves.

What is the difference between traits & characteristics?

With the different terms around your personalities it's easy to get confused. Character traits and traits are often used synonymously. But what exactly is the difference here?

The Duden has the following to say about the two terms:

Why should you know your character traits?

Being able to describe your character traits with the right words brings some advantages, for example in your professional life:

Let's get this straight: character traits are the sum of your your personality traits. They develop in different phases of life and can also change depending on the experience. Knowing your exact character traits will help you stand out in job interviews, among other things, or find people for a job who really fit the job you want because of their characteristics.

Now you are surely asking yourself: How do I find out my very personal character traits? A good place to start is to look at various qualities, first of all. At the latest now the question of a list comes into play - a list that contains all character traits and from which you only have to pick your personal characteristics. Unfortunately, it's not that simple! The reason: These lists would be endless, because as diverse as we humans are, as diverse can also be the characteristics that describe us.

The most important character traits

However, you can find a large number of character trait lists on the Internet that contain at least some of the existing traits. These are usually enough to give you a first impulse. Perhaps you can think of other adjectives that you think describe you well. A list with numerous character traits can be found for example at Word Growth.

We have compiled some positive character traits for you here.

These are negative character traits:

But the formation of character traits is not finished after childhood. Even later, the social environment enormous: Friends, classmates, fellow students and work colleagues influence your behaviour. This can continue into old age, because your learned characteristics do not have to last your entire life. On the contrary: your Profiles can be strengthened or diminished, new character traits can be added or old ones discarded. However, you do not discard them like an old jacket that you have just worn.

Instead, they are firmly in Awareness and are difficult to change. How can this be done? Well, a change can be set in motion because of a formative experience, for example. Also, if you develop a special interest in a subject that requires certain character traits, this can lead to adjustments. Example: For some time now you have been a great fan of model making. This hobby requires precise work, Patience and perseverance. Through your newfound passion, your Interests and inclinations in these areas will most likely change.

What are your positive qualities?

What positive character traits do you have? What makes you stand out? Have you ever asked yourself this question? If not, now is the perfect moment to do so. And that is why we would like to ask you to take a pen and paper at this point.

Now write all positive traits that you display in your private and professional life. Here you should come up with at least 5 characteristics. Here is an example of corresponding characteristics: Determined, adventurous, loving, friendly and disciplined.

Once you have found your 5 positive character traits, you should now look for concrete examples from everyday life. Write these down. For each trait, feel free to write down as many examples as you can. Why is this so important? In this way you will always remember your Awareness, what you are good at and what you should hold on to. For this purpose, corresponding examples:

What are your negative qualities?

I'm sure you can guess that everyone's talking about... negative character traits that limit us in our daily lives. What negative qualities do you have? What qualities do you like to get yourself into trouble with?

Once you have found your 5 negative character traits, it is again a matter of finding concrete examples from your everyday life. In this way, you will become more aware of the traits and can work on them more intensively in the future to improve your personalities to develop further. At this point we would like to present you with corresponding examples.

Also important in this context is the issue of Self-lead. Because if you can lead yourself, you will steer your life in the right direction. So that you succeed, we have prepared a suitable Greator video for you at this point: "Leading yourself: Self-awareness and responsibility as success factors"by Nicolai Christ. We wish you a lot of fun.

How to recognize your qualities

Sometimes it is not so easy to find out your individual character traits. Personality tests can be helpful here. They help you to identify your characteristics and also give you valuable information about your character. There are now many different tests available. We would like to briefly introduce two of them here.

The Big Five personality traits or the OCEAN model called, try to describe the character traits of a person with only five adjectives. The American psychologists Paul Costa and Robert McCrae were able to prove that exactly this is possible. Because no matter what methods are used: The characteristics of people can be summed up with these five adjectives - and all over the world.

With the DISC model you can create your individual Personality profile Create. It will help you to create your character and the underlying Beliefs to understand better. The four personality types according to this model are the following:

Reflect on your character traits

Character traits are much more important than most of us realize. They influence your everyday life in your private and professional life. You should therefore think more often about who you are and how you want to be. Reflect yourself! So you can work on negative character traits and transform them into positive ones. Only when you become aware of your good character traits can you reinforce them and express them more often in everyday situations. What are you waiting for?

To answer the question, you should first divide the word into its constituent parts: The term "Character" originally comes from the Greek language and means imprint or feature. And a "Property"Strictly speaking, this is also a characteristic that belongs to your nature. Everything clear so far? We hold: A character trait is an individual competence that defines you as a person. It is responsible for your BehaviorsYour moral and value concepts, as well as your emotional world. In modern language, the term "personality" is often used as a synonym for the totality of your personality traits.

To get an accurate idea of what makes you as a person, your knowledge of how character traits are formed is crucial. Therefore, here is a short digression: Character traits are neither innate nor inherited. They develop during the phases of your life and can change at any time.

But the formation of character traits does not end after childhood. Your social environment also has an enormous impact on you later on: friends, classmates, fellow students and work colleagues influence your behavior. This can continue into old age, because the traits you have learned do not have to last all your life. On the contrary, their characteristics can be strengthened or diminished, new traits can be added or old ones discarded. However, you do not discard them like an old jacket that you have just worn.