The 9 levels of escalation and how to resolve conflicts! 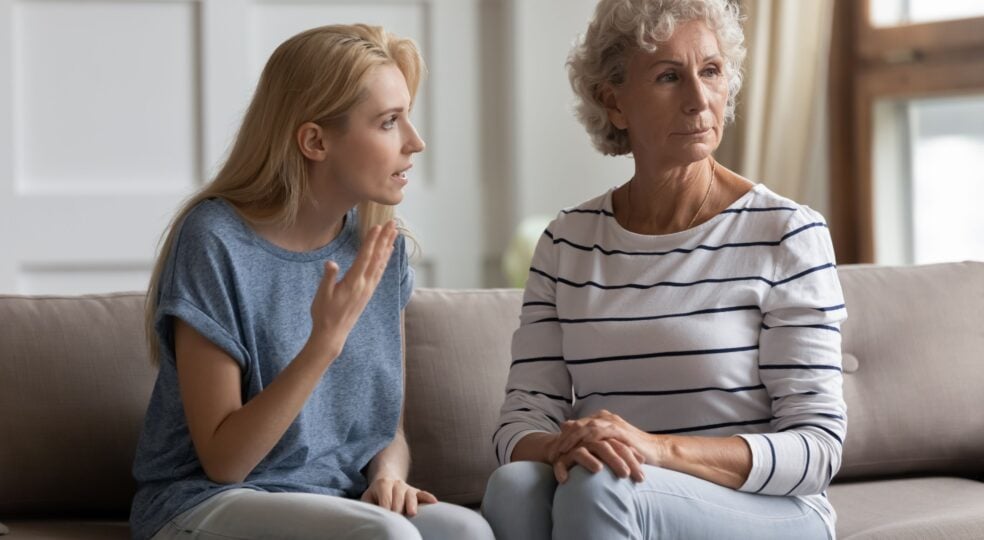 Disputes between people happen every day. But as different as the causes of disputes are, so are the solutions. Whether a conflict is quickly resolved or escalates depends on the situation, the behaviour of the parties involved and the causes of the problem. In the following, we would like to introduce you to the 9 escalation levels and show you how conflicts can be resolved.

What are escalation levels?

The term escalation level is meant to illustrate the development of a conflict. Most often, a conflict situation stems from a misunderstanding or a difference of opinion. This may be an everyday problem, such as who washes the dishes or takes out the trash. Differing opinions about an issue can add to an already existing conflict. This is called escalation. Science distinguishes between 9 levels of escalation.

Disputes occur wherever people live, work or meet. In principle, most problems can be solved. It only becomes difficult when the situation gets out of control and escalates. In an escalating conflict, communication between the disputing parties is often no longer possible.

The Austrian organisational consultant and conflict researcher Friedrich Glasl has dealt with conflict escalation and the associated risks. He developed the method named after him Escalation model Glasl. According to his findings, the escalation process is a conflict spiral, which runs in 9 stages. The escalation model according to Glasl can be applied to any type of conflict.

Is the escalation of a conflict avoidable?

When the willingness to talk decreases and the fronts harden, the escalation of a conflict is inevitable. By analyzing the cause that triggered the dispute, you recognize the Level of difficulty of the conflict. A profound knowledge of the background helps you to avoid escalations and to develop appropriate solution strategies. In a consulting role such as a Greator coach, consciously dealing with conflicts and de-escalation are among your most important tasks.

The well-known solution model for conflict de-escalation comes from the psychologist Friedrich Glasl. The total of 9 escalation stages according to Glasl are summarized in 3 main phases. Depending on the progress of the escalation, de-escalation is possible without outside help or professional support is required.

How do conflicts arise in the first place?

Conflicts arise when two people have a different opinion. A conflict can also involve several people, groups or entire nations. Disputes occur in the professional world as well as in private life. Professional problems arise at every level and affect managers and individual employees alike. These factors have an impact on whether or not a situation escalates:

A conflict is not fundamentally negative. On the contrary: A conflict offers you the opportunity to recognize the interests of your counterpart and thus to react to possible problems in time. It is only difficult if one of the parties to the conflict breaks off the conversation and refuses further communication.

The escalation level model according to Friedrich Glasl

Conflict escalation according to Friedrich Glasl is a model that helps to analyse a conflict, to understand its course and to work out the right solution depending on the level of escalation.

The conflict stages according to Glasl are divided into 9 escalation stages and three sections, each comprising three stages. The first stage is described by him as a "win-win" situation. In this stage it is decided whether a dispute can be ended amicably or whether the situation escalates.

The second section of the escalation stage model is about which party wins and who loses. This is described by Glasl as "win-lose". Without outside help (mediation), the already escalated conflict can hardly be resolved.

The last 3 escalation stages describe a "lose-lose" situation from which no one emerges as the winner. The resolution of such an extremely escalated conflict requires professional intervention from outside, such as by a competent Greator coach.

What are the escalation levels?

In the Friedrich Glasl model, there are 9 escalation levels. These are:

Escalation levels 1 to 3 - the win-win level

The conflict escalation levels 1 to 3 are referred to as the win-win level. Here everything is still open. Both parties benefit from an amicable settlement. What can you do at the individual escalation levels? As a coach you are obliged to be neutral. Observe the situation as an independent advisor, get an overview of the problem and listen carefully to the conflict parties.

In conflict research, stage 1 is called hardening. Every conflict begins with tension. In the workplace, this is often the clash of different opinions about who takes on which task. Everyday arguments about duties at work or in private life are often not perceived as the beginning of an escalating conflict.

If the conversation fails to reach agreement, the conflict intensifies. In stage 2, the debate becomes louder, the tone more severe, and a disagreement develops into a full-blown quarrel. If one partner refuses to take out the trash every day, a fight ensues. In order for the conflict to be resolved, it is important to listen to everyone's point of view.

Stage 3 - words are followed by deeds

The 3rd escalation stage offers good chances for a peaceful conflict resolution and is considered a win-win situation. The pressure on the conflict partners increases, as everyone wants to assert their own opinion. Conversations are partly broken off or there is no more verbal communication. Silence reigns in the relationship. Silent reproaches are now followed by actions. The partner is deliberately ignored. To avoid an escalating conflict at work, employees take sick leave.

Escalation levels 4 to 6 - the win-lose level

From the 4th escalation stage onwards, the conflict has progressed so far that there are winners and losers. Nevertheless, a dispute can still be resolved at this stage.

Level 4 - the search for allies begins

In a prolonged conflict, allies are sought to help convince the opponent of one's own opinion. The focus is no longer on the matter at hand, but on winning the argument. In the workplace, different camps form among the disputing employees. Each side tries to win more allies in order to convince the boss that they, as the majority, are in the right.

The disputes are becoming more extreme. Instead of logical arguments, insinuations are used to fight for victory. Employees who belong to the other conflict party are ridiculed, denounced or falsely accused. The 5th escalation stage is often accompanied by a complete loss of trust. Moral credibility is also called into question when the HR department is informed of a colleague's supposed mistakes and the situation is unnecessarily dramatized.

If a conflict cannot be resolved through diplomacy, unfair means are used. Threats are intended to illustrate one's own power and to persuade the opponent to give in. For example, in the job is threatened with dismissal and in the private sphere with separation or divorce. Depending on the strength of the conflict, drastic measures can be threatened, such as in the case of divorce: "I'll take your children away from you" or in the professional sphere: "I'll make sure that you never get a good job again!

Escalation levels 7 to 9 - the lose-lose level

The 3rd escalation level is a lose-lose situation for all parties involved in the conflict. There are only losers.

The opponent is to be literally destroyed with deliberately planned acts of destruction. In the 8th escalation level, the use of physical or psychological violence is not excluded. Often, even the other person's family is verbally attacked in order to destroy their reputation. The disputants don't seem to care about anything. With good Conflict Management a conflict can be resolved at an early stage.

Level 9 - Together into the abyss

If the 9th escalation level is reached, the resolution of the conflict is no longer possible without competent outside help. The situation is so emotionally charged that every word leads to further escalation. Even one's own destruction is taken into account. The only thing that helps here is to remain calm and to call on professional support.

In the course of a conflict escalation, there are always ways to end the disputes peacefully. Therefore, it is important to recognize the escalation mechanisms that drive the process. In Glasl's stages of conflict, the five core mechanisms of escalation are found. These are:

Growing self-frustration as an escalation amplifier

Often people are frustrated because they do not get what they think they deserve. Self-frustration often manifests itself at work, when the expected promotion did not work out. Envy and Jealousy on more successful colleagues act as an escalation amplifier.

In a disagreement, the one who has the better arguments often wins. Therefore, conflict parties try to decide a conflict for themselves with insignificant explanations and statements. This makes the situation more confusing, prolongs the duration of the dispute and increases the complexity of the conflict.

interrelation of cause and effect

The intertwining or confusion of cause and effect favours the escalation of conflicts. Nevertheless, this means is deliberately used by conflict parties to gain advantages when logical arguments are not sufficient.

Personify the conflict means to blame a particular person for the disputes. This is often the case in the private sphere, when one of the two partners blames the other for the failure of the relationship. Linking a conflict situation to a person precludes taking responsibility for one's own actions.

Those who think pessimistically do not assume that a conflict is solvable. The tendency to see the black and to underestimate oneself often leads to inappropriately massive measures in conflicts. However, this ultimately achieves the opposite of what is actually intended.

Solving conflicts - the most important de-escalation and conflict resolution strategies

Glasl's model of the stages of conflict not only describes the individual stages of escalation, but also points to strategies for de-escalation and conflict resolution. Conscious conflict escalation can be used for problems with:

have a defusing effect and contribute to the fact that the conflict parties talk to each other again.

In a consulting profession such as coaching, it is important to recognize the structure of conflicts in order to develop appropriate resolution strategies. In the Online Coaching Training to become a Greator Coach you get to know yourself better. You reflect on yourself and become aware of your trigger points. In the training you will also be given tools by experienced coaches to discard your old patterns and behaviors and to find new ones so that they manifest themselves. Self-awareness helps you understand others and support them in working through and resolving conflicts.

The term escalation level is meant to illustrate the development of a conflict. Most often, a conflict situation stems from a misunderstanding or a difference of opinion. This may be an everyday problem, such as who washes the dishes or takes out the trash. Differing opinions about an issue can add to an already existing conflict. This is called escalation. Science distinguishes between 9 levels of escalation.

In the Friedrich Glasl model, there are 9 escalation levels. These are: