What is the meta level? A simple and understandable definition 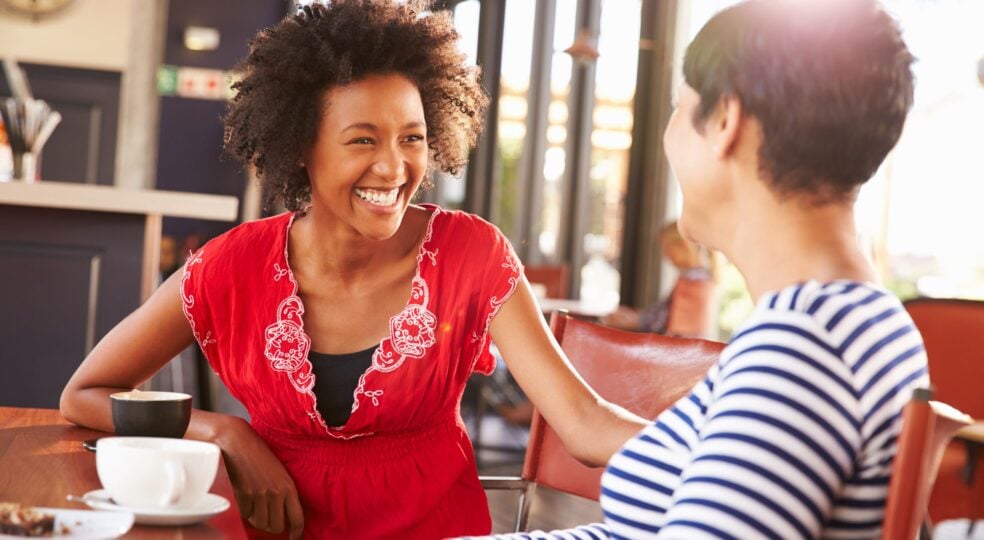 Interpersonal conflicts are usually perceived as something unpleasant. However, every disagreement offers the opportunity to broaden one's own horizons and to develop personally. To do this, however, you need to go to the meta-level. In the following article we want to explain to you simply and concisely what this is all about.

The definition of the meta level

According to the dictionary definition, the meta level describes a higher level. Since this sounds a little abstract, we need to go into a little more detail. Imagine you had a conversation with another person yesterday. The conversation escalated into an argument. Today the tempers have calmed down so that you can approach each other again and clarify the conflict objectively.

The conversation that is taking place on the current day is the meta-level! It is also referred to as a bird's eye view, as both parties have gained distance from the conflict and are now figuratively viewing it from above. Characteristic of the meta-level is the factual tone of the conversation. The emotions have cooled down.

Examples for the meta level

Conflicts occur in every area of life. Therefore, it makes sense to look at one example from the professional and one from the private sphere.

Example of the meta-level in professional life

For an important project you have to work with a new colleague who, in your opinion, is proving to be unreliable. When you try to point out his behaviour, he reacts defiantly, which in turn provokes you even more. Soon the argument becomes loud and possibly even unobjective. There is no constructive outcome. Both parties part ways in a quarrel.

At home you review the conversation. Your anger is now gone and you realize that you have to find a way together to bring the project to a successful conclusion. You think about how you can formulate your criticisms without reproach, but as a suggestion. You decide to talk to the colleague again the next day.

At this point, the step is taken to the meta-level: You sit down together again in as relaxed an atmosphere as possible and analyse the conflict. It is important that the other party is no longer dominated by their emotions. On the factual level it is now possible to shed light on the problems and find possible solutions. Personal attacks are completely dispensed with.

Example of the meta-level in private life

Let's say there's a person in your circle of friends who you feel is constantly taking advantage of you. When he or she needs something, you're always there to help, while conversely, you've never been able to call in a favor. When you approach the person with a really important request and are again rebuffed with a flimsy excuse, frustration erupts. An argument ensues.

The next day, you're still angry, so it wouldn't make sense to try to talk again. Instead, you decide to talk about the situation with a trusted person. Putting distance between yourself and the other party to the conflict and analysing the situation with a neutral outsider is also part of the meta-level! The conversation calms you down so that you regain a clear view.

A few days later, the stirring emotions have faded. Now is the time to seek factual clarification. You press your Disappointment and your expectations of a friendship without getting emotional. The other party now has the chance to take a stand and explain their point of view. If no solution can be found, the friendship is ended by mutual agreement.

What role does the meta-level play in communication?

Surely you know that communication is not only about the spoken word. Body language, i.e. gestures and facial expressions, also plays an important role. The most quick-witted Arguments lose persuasive power if the body language does not match the verbal expression.

Example: Someone claims rock-solid happiness, but stands before you with slumped shoulders, bowed head, and glazed eyes. Would you believe the person? Probably not.

The science of communication distinguishes between the following four elements:

The meaning of the elements is quite self-explanatory: the sender is the person who is speaking. The message includes verbal as well as non-verbal signals. Possible sources of interference in communication include language deficits and loud ambient noise. The receiver is the person to whom the message is directed.

Metacommunication allows you to clarify misunderstandings and errors by objectively repeating what you said before. This often reveals why the message might have gone wrong with the other party.

Sometimes you choose careless phrases that seem hurtful or dismissive to other people, even though this was not your intention. Becoming aware of this is the first step towards clarification.

The meta-level in coaching

A coach can be sought out for various reasons. Often, however, desired change processes are decisive, in which the client wants support. This can be, for example, a reorientation in the job, the establishment of a work-life balance or health issues (mental and physical).

In a coaching situation, two parties meet. On the one hand, we have the client, who comes to the session with knowledge about his strengths, deficits and goals. The professional coach has the necessary experience and the tools to give the client valuable impulses. Similar to a therapist, the coach holds a mirror up to the person seeking advice.

Coaching in no way means that rigid solution paths are prescribed. The client has to find out for himself, under guidance, how he can improve his current situation. The coach guides his client to see the current conflict as an opportunity. For this, both go to the meta level and play through the conflict.

Let's assume that there is an interpersonal conflict in your work department that is stirring you up inside. The coach enters the meta-level and thus takes the position of a neutral interlocutor who is friendly to you. Through the security that the neutral interlocutor conveys to you, you can reflect on your own emotions step by step.

Often several such sessions are necessary until a serious conflict is completely worked through. However, it is worth it, Patience to have. After a while, you will be able to put yourself in your conflict partner's shoes and react more appropriately. The goal is that you will eventually be able to coach yourself in difficult situations.

What tools are used in coaching?

A coach can make use of various tools. These include, for example:

Systemic coaching is particularly suitable for reaching the meta-level. Here, the focus is on the client's social relationships: How does he interact with his fellow human beings? What conflicts arise as a result? What needs to be improved?

Sometimes a small role play is helpful, in which it is pretended that the conflict party is in the room. The client may now objectively (!) put his emotions and expectations into words. This not only has a liberating effect, but also influences the real way of dealing with the conflict party. By expressing one's own emotions out loud, one gains distance from them: The meta-level is reached.

The meta-level in psychology

Even though a coach and a psychologist sometimes use very similar methods, they should by no means be confused with each other. A coaching offer is aimed at psychologically healthy people who want to optimize their lives. Does the respective conflict burden you so much that Fears or even depressive moods occur, you should consult a psychologist.

The psychologist also goes to the meta-level with you during therapy, so that you can look at your problem from a distance. The meta-level is even the most frequently used level in psychotherapy. As in coaching, the goal is that you create a temporal and spatial distance to the stressful situation.

Metacommunication also plays a central role in psychotherapy. The psychologist will repeat your statements in his own words. This will give you an impression of how other people might perceive your words. You will be surprised what aha-experiences the so-called mirroring can trigger in you.

The Four Ears Modelalso known as the communication square, was developed in 1981 by the scientist Friedemann Schulz von Thun published. It is the best-known communication model par excellence. You have probably heard of it or even studied it in detail.

The four ears model states that one and the same message can be perceived in four different ways (i.e. with four ears):

Let's illustrate the whole thing with a simple example:

This statement can be interpreted by the recipient in the following ways:

What the sender really meant or intended with his statement can only be found out by asking him directly. In this way, misunderstandings can be avoided or at least clarified in a timely manner.

Nowadays, many conversations no longer take place face to face, but over the phone or via text message or email. In the latter case, non-verbal signals are completely missing, which significantly increases the risk of misunderstandings. On the phone, at least the tone of voice still provides a little information about the emotional state of the conversation partner.

So before you interpret at length, it's a good idea to simply ask when in doubt: "I understood your statement this way, is that right?"

By asking specific questions, you save yourself brooding and frustration on both sides. However, if a conflict should arise, it is important to first gain some distance and then go to the meta level together.