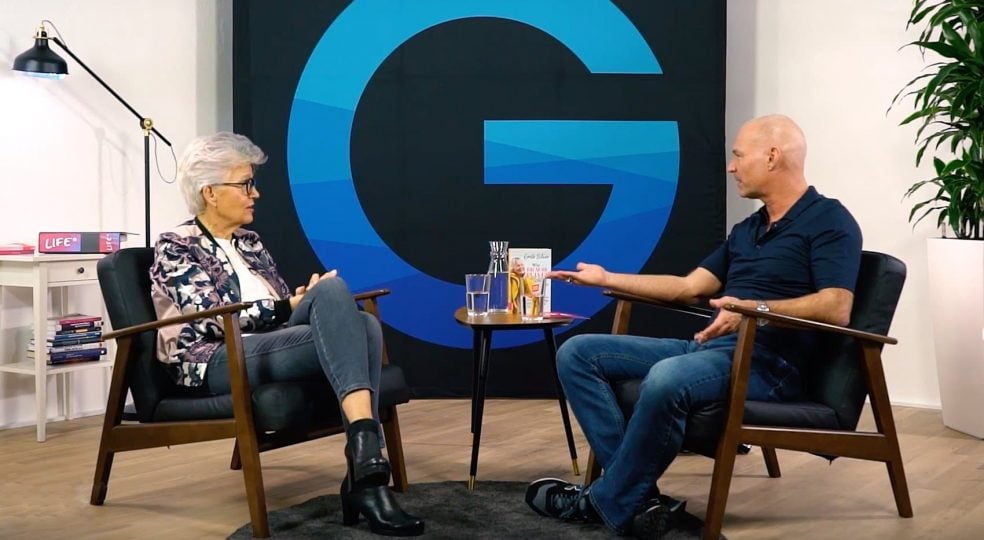 Greta Silver is a successful YouTuber, author and power woman. The 71-year-old wants to show the public how beautiful old age can be. For her, getting older means finding time for new things, being creative and living life with a certain lightness. Her teachers are people who know what happiness means and who look at what is really important in life.

In the interview Greta tells: "I volunteered as a canteen mother at the school. A mother was there every day because her daughter had cancer. And she told me, "If it wasn't for this mortal threat, I'd have to say it was a gift for the whole family." Because the illness made her realize what's really important in life. I know people who are very seriously ill and still have a joy of heart." The mother of three describes illness as a shock and a terrible blow of fate.

At the same time, however, she is firmly convinced that one can see positives even in illness. She says, "I'm afraid of suffering. But I know I can learn from it." Money is also far from a happiness factor for her: "I know people who don't have a lot of money - but a happiness of heart. People who live relationships and give more space to other things in life. I don't want to call these people poor at all. I would like to call the rich poor who can't enjoy their lives."

At the age of 48, after being a housewife and mother for many years, Greta ventured a new professional start. She explains: "I had stopped using a typewriter and now had to start again with a computer. A revolution had really happened. I don't know where I got the courage either - I had no idea about anything." Greta set up her own business as an interior designer and soon after started writing as well. She gladly accepted opportunities that came her way. At the same time, she continued her education: "I took a computer course and then learned by doing."

Everything was going well - but then their marriage began to falter. Greta explains: "I had lost my husband, so to speak. He withdrew further and further from the family and was always focused on his job. There was no tangible point at which it didn't work at all. But it was slipping out of my hands and making me very unhappy. I wanted more. More exchange, more closeness, more eye level. It was a loving, polite juxtaposition."

The polite coexistence stretched over 23 years. Greta: "At some point I noticed that there was nothing going on between us anymore. We lived next to each other. I was very sad and cried a lot." At the same time, Greta knew that she alone was responsible for her happiness. Her guiding principle was, "Grief creates depth so that you can then fit in a whole lot of joy." Avoiding grief is not a goal Greta strives for. Instead, it's important to her to live fear-free. Because she knows that the vast majority of worries and fears never become reality anyway.

No fear of problems

"Fear is manipulation. And in my eyes it is used more today than ever before. You can win elections with it, you don't even have to look to America for that. I want to be free of fear and enemy stereotypes. Because what does your fear get you? Grey hair, sheepless nights - nothing else. I have no desire to deal with things that bring me nothing but negativity. And as long as I can decide that, that's what I'll do. Then, when danger does arrive at the door, I develop a whole different energy to deal with it."

Greta doesn't want to worry about potential problems - but only deal with them when they actually happen. Because in over 95 percent of all cases, that's not the case anyway. Most problems eventually disappear into thin air on their own. That's a very healthy attitude to have, so you don't have to brood all the time. For that, you need to have a certain amount of confidence and positive experiences that you've had. You have to have experienced that the world doesn't end when things go bad. Greta: "That's the advantage of age: you can look back and see that even disasters were good for something and sometimes even made the situation better than it was before."

The meaning of happiness

Greta and her former husband are now divorced. She lives on her own - and that's a good thing. In the interview she reveals: "Otherwise it would be Greta Silver not exist." The stage name came about when Greta started working as a model at the age of 60. Greta: "It's not about the cover picture of the women's magazine with endlessly long legs. They're looking for authentic people who just want to do it. And you have nothing to lose." While many other people think of all the things they won't be able to do when they get older, Greta can think of numerous incredibly great opportunities that are now open to her. She is full of EnthusiasmShe is open to new things and infects those around her with them.