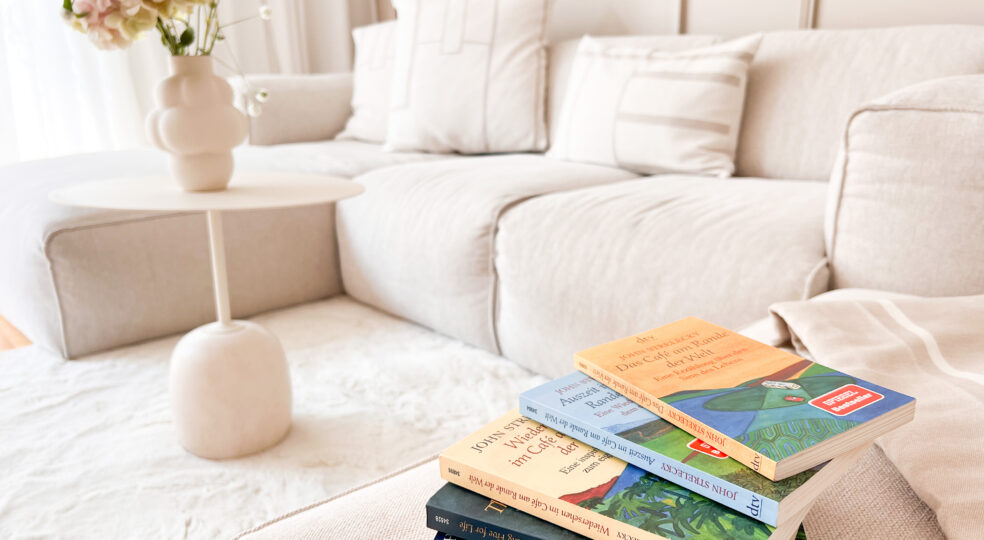 Good books are not only entertaining, but also resonate in the reader's mind for a while after reading the last page. If you are looking for exciting reading material that is also thought-provoking, then we can highly recommend the John Strelecky books. Below we have created an overview of his most popular works for you.

John Strelecky books: his works at a glance

John Strelecky is an American successful author who was born on September 13, 1969 in Illinois and also grew up there. At the age of 32, he decided to finally realize his greatest dream. It was to travel the world.

Inspired by his travel experiences, he came up with the idea for his first novel, titled The Café at the Edge of the World. After the great success of the novel, other John Strelecky books followed, which we have listed for you in chronological order:

The Big Five for Life: What Really Matters in Life

The novel "The Big Five for Life: What Really Matters in Life" explores the themes of self-actualization and people management, wrapped in an entertaining story about successful businessman Thomas and the dissatisfied Employees Joe, who meet by chance.

Thomas becomes Joe's mentor and helps him find his "Big Five for Life." These are the five most important Life goals. To create a fulfilled life to lead, the "Big Five for Life" should be in line with the professional activity.

Through the profound dialogues between Joe and Thomas, the author shows us how important it is to accept ourselves as we really are and how to make the best of it.

"The Big Five for Life: What Really Matters in Life" is a life-changing story that was one of the best-selling books in its genre across Europe for over 214 weeks.

Shaping life with the Big Five for Life

The above title is a serialized novel that continues the story of Joe. After the death of his friend and mentor Thomas, he is deeply distraught. But then he meets the charismatic boss of an extraordinary company. He encourages him to dedicate himself to new tasks. In this way, Joe finally finds his courage to face life again.

Joe is also introduced to his new friend's principles of business management, which are based on keeping the Needs of the employees as well as the wishes of the customers in equal measure. Incidentally, the company described in the book has a real-life role model: the Canadian company DLGL. This company has existed for over 30 years and regularly receives awards.

The Café at the Edge of the World: A Narrative about the Meaning of Life

Anyone interested in John Strelecky's books should definitely have read his novel "The Café at the Edge of the World". This is the debut novel of the author. The book tells the story of a busy advertising executive named John, who stops at a small café in the middle of nowhere on his road trip.

Inspired and determined to answer these questions for himself, John and his three newfound friends embark on an exciting journey of self-discovery that takes them to the shores of Hawaii.

Reunion at the Café at the Edge of the World: An Inspiring Journey to One's Self

After the success of the first volume, John Strelecky decides to write a sequel. Ten years later, John returns to the café on the edge of the world where he once found the inspiration and courage to change his life. Now the menu features three more questions:

Inspired by these questions, John embarks on another adventure. As in the first volume, the action of these John Strelecky books again takes place off the beautiful coast of Hawaii.

Time out in the café at the edge of the world: A re-encounter with one's own self

After a tragic loss, John, the familiar protagonist from the previous two volumes, revisits the Café at the Edge of the World. There he meets fifteen-year-old Hannah, who is also at a turning point in her life.

John is going through a classic midlife crisis. He has already realized his life goal of traveling the world after his first visit to the café at the edge of the world. His task as a father has also been fulfilled, because his daughter will soon be an adult.

However, the bright waitress Casey as well as the wise old man named Max have some ideas ready how John can find a new sense of life in the phase of upheaval.

Surprise in the Café at the Edge of the World: A Tale of Searching and Finding

The Tales of the Café on the Edge of the World are the most popular John Strelecky books. The above title is the fourth and most recent volume in the series. This time, for a change, the story is told of a very young protagonist who does not lead an easy life.

Fifteen-year-old Hannah is completely on her own, as her parents are not particularly interested in her. Accordingly, she had to learn early on to fend for herself. Hannah sees hardly any prospects for her future, until she enters the café at the edge of the world and discovers three unusual questions on the back of the menu.

She strikes up a conversation with other guests who are also pondering these questions. Hannah learns to open up and realizes that she can achieve much more than she previously believed.

In the enumeration of John Strelecky books, the "Safari of Life" must not be missing. As before, this time too the journey to self-discovery is in the foreground. The protagonist Jack is a young man who is looking for his life's happiness, but does not know how and where to find it. However, he feels a strong attraction to the continent of Africa and embarks on the journey.

There he meets an old and wise African woman named Ma Ma Gombe, who wants to fulfill a childhood dream. She wants to visit that legendary place in Africa that she has been told about since childhood. John decides to accompany Ma Ma Gombe. On their journey, the two not only explore the beauty of Africa, but also find themselves.

About the topic Personality development speaks John Strelecky with Dr. Stefan Frädrich in this video:

What I learned: Insights for a happy life

The John Strelecky books are mostly novelistic narratives. However, the above work is an exception. "What I Learned: Insights for a Happy Life" is the author's notebook in which he shares his insights with his readers.

John Strelecky's notebook is an extensive collection of inspirations. The famous author notes down everything that makes him think and impresses him. He then sums up what he was able to learn from his experiences. John Strelecky encourages his readers to go through life with open eyes. In this way, you learn to change the perspective on your everyday life.

If you want oranges, don't look for them in the blueberry patch

This book is already mentioned in the bestseller "Wiedersehen im Café am Rande der Welt". It is a collection of inspiring thoughts and ideas concerning the many ways in which life can be shaped. All insights have one thing in common: The reader always experiences an "aha effect". This releases undreamt-of energies.

You can find similar John Strelecky books at his Homepage:

John Strelecky's books not only entertain the reader, but help him to broaden his horizons and look at life from a different perspective. All books are about searching and finding one's self. The protagonists are at a turning point and want to transform their lives. This leads to the fact that one can identify very well with them as a reader.

If you prefer novelistic stories, we would recommend the John Strelecky books "Safari of Life" and the series about the "Café at the Edge of the World". Inspiring thoughts for everyday life can be found in the aforementioned works.

How to live your Big Five for Life

You ask yourself what you would like to have seen or experienced in your life in order to feel deep satisfaction and fulfillment? Bestselling author John Strelecky shows you how to live your Big Five for Life with concrete tips and exercises.
Register now for free