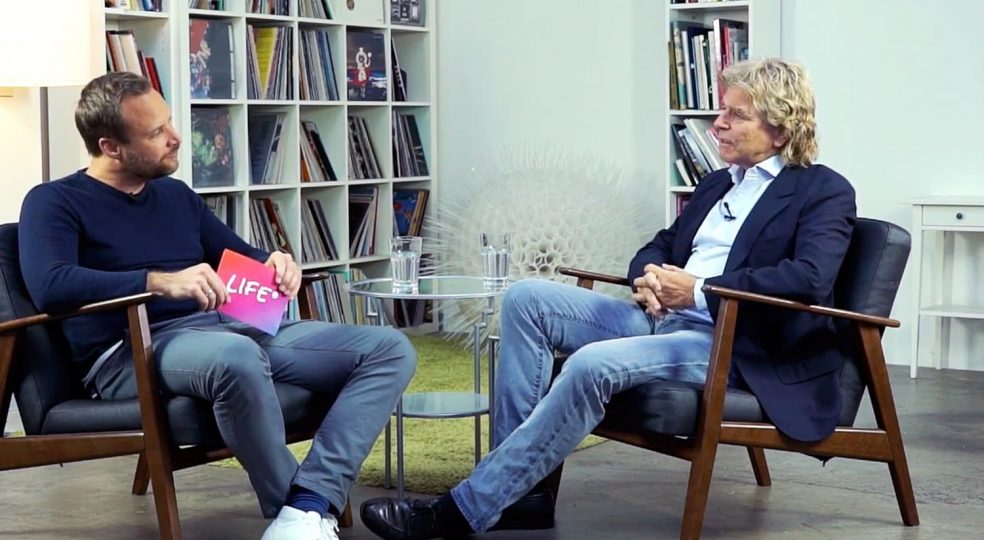 Dieter Lange is a success coach, author and well-known German keynote speaker. The expert works with executives of large companies up to DAX board members. He is always called when there is a proverbial fire. Professional athletes, national team players and Bundesliga coaches also rely on his expertise. But what exactly does the successful coach do and how did he get started? In an interview with Alexander Müller, owner and CEO of GREATOR, Dieter Lange talks about the North Star as well as life's challenges and important wisdom from distant cultures.

Dieter Lange's professional career began classically in management, as the successful consultant originally comes from the business sector. After studying economics and psychology, he quickly climbed the career ladder. At the age of only 30, he took on a high management position - and decided not to continue on this path. Dieter Lange quit his job, travelled the world for two years and studied Far Eastern wisdom. A courageous step! Over the past decades, he made it his mission to link Far Eastern knowledge with Western knowledge.

The big why question

For 37 years now, Dieter Lange has managed to combine Eastern wisdom with Western economics - and in such a way that it is understandable for everyone. His lectures touch people's hearts. He is always consulted when people or companies are at a standstill, for example when a company is not making progress because there is no enthusiasm for a new, big goal. Dieter Lange: "In many companies, the North Star, the context, the overarching framework for action is missing. But that is exactly what people are asking for today. They don't want to know what a company does or how - but why."

In many companies, the North Star is missing.

According to the expert, one of the biggest challenges for companies is to work out their why. Dieter Lange: "This develops a power that should not be underestimated. If you want performance, you have to offer meaning these days. In most cases, it is clear to everyone what is being produced. Even the how is optimized without end. But the why question often remains unanswered." The success coach explains, "If you've won people over in your heart, you don't have to worry about their heads."

As a personality expert, Dieter Lange is certain: "Motivation is always intrinsic. We can manipulate, bribe or threaten people from the outside - every attempt at motivation is an attempt at manipulation. You can only demotivate people, but never motivate them from the outside. That's why when I work with business leaders, I ask the simple question of what their company is all about. I ask what the company's goal is."

But watch out: The corporate goal is not the same as the goals in the company. Because the goals form the pillars of the temple. The overarching corporate goal, on the other hand, is about the actual purpose - figuratively speaking, the roof of the temple. Dieter Lange: "Working out the why is a process that takes several days. I call it a context workshop. It has to be a very structured process that I work out within a tight management circle. It starts with questioning whether you are even asking yourself the right questions in the company."

In his workshops, Dieter Lange discusses with managers the questions to which the respective companies - and their individual employees - should form the answers. He says: "Many people cannot answer what their goal in life is. Goals are always defined in terms of time and form and are therefore measurable. People know brilliantly about that. But not everything that can be measured counts. And not everything that matters can be measured." In short: In addition to the company's why, every employee should know his or her individual why. Dieter Lange: "Only then can you check whether there is congruence. Every employee should ask himself: Do I experience in the company at all what my life should be about? Do I know my north star? That is a very important process."

What is Dieter Lange's personal North Star? What is his overarching framework for action? In the interview he tells: "The title of the book of my life is Consciousness Development. I have been working on this for over 30 years now. Very specifically, the title is 'Consciousness Development in Love, Freedom and Adventure'. Everything I do has to meet the criteria of my book title: the makes of cars I drive, the hobbies I have, the sports I play, the books I read, and anything that contributes to inner fulfillment for me." The success coach feels that every business should have such a context in a similar form.

Changing yourself or a company to answer the why question naturally also means rethinking and changing certain aspects. This in turn involves costs, risks and uncertainty factors. Dieter Lange: "Absolutely, but we are not only responsible for everything we have done, but also for everything we have not done. What got you here won't get you there."

The expert knows that people are usually reluctant to change because change always involves energy expenditure: "That's why I'm always about attitude. Attitude leads to behavior and that in turn leads to results. If the results are not right, many try to change the behavior. But that unfortunately falls on the wrong field if attitude hasn't changed. That's the domain I work in the most."

Dieter Lange has become acquainted with many Asian teachings and describes himself as a spiritual person. He brings spirituality and business together. What makes a spiritual person for him? Dieter Lange: "To narrow it down a bit: spirituality is another form of perception - a holistic perception. It is the understanding that we fail not because of how things are, but because of our expectations. Disappointment implies expectation. In the spiritual world, the first thing you learn is to be able to lead yourself."

Presence, awareness and authenticity are important key factors of spirituality for the success coach: "We are distracted by our thoughts. Thoughts lead to desires, which in turn often lead to frustration. Thanks to spirituality, you see many things differently. For example, I define success completely differently than others. For me, success has nothing at all to do with goal achievement, but is what follows when you follow your purpose. Most people believe that reaching a goal is success. However, that has nothing to do with it at all. While I have nothing against goals, the joy has to be in the journey. The path is the goal. So spirituality to me is perceiving life in a different way."

In the second part of the interview, Dieter Lange talks about how he gained a holistic perception thanks to spirituality and found an activity that fulfills him to this day.