What qualities characterize the INFJ personality? 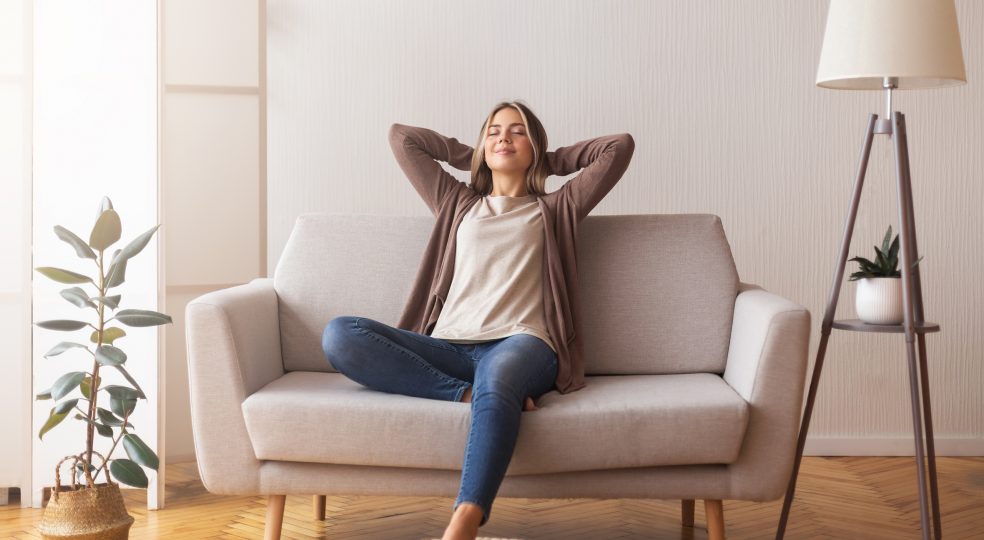 What qualities characterize the INFJ personality?

Personality typology is an approach in modern psychology. Here, people are divided into different categories based on typical character traits. Critics say that it is hardly possible to categorize the diversity of human personality into a few types. In principle, this may be true. You should therefore not regard personality typology as dogma, but as orientation.

Properly interpreted, personality theory can help you discover new facets of yourself or understand recurring patterns of behavior. Only if you know why you always act in a certain way, you can change it. In the following article, we will look at the INFJ personality.

What does the abbreviation INFJ stand for?

The Myers-Briggs Type Indicator distinguishes four dimensions, two of which can be combined with each other. Accordingly, there is a total of 16 types.

By far the rarest type is the INFJ personality. So the abbreviation INFJ stands for:

Introverts often appear closed and introverted to others. They are considered quiet and reserved. Introversion is often mistakenly equated with shyness. However, this is a mistake. Introverts are simply self-sufficient. They don't feel the need to be in company all the time. They enjoy sinking into their own world of thought.

Intuition is also called gut feeling. Intuitive people have a kind of inner sensor. They often assess situations correctly, although no rational reason for the respective assessment is recognizable. Furthermore, they are very sensitive when it comes to bad moods in their environment. You can't fool them.

Feelers care about their fellow man. They are empathetic and helpful. They also like to be guided by their emotions. Feelings play a major role in all important decisions. If something doesn't feel right, antennae refrain from doing it.

Evaluators strive for consistency and order. They would prefer to plan every aspect of life down to the smallest detail. They do not like surprises at all. The need for control is very strong. They weigh up existing facts and then make a well thought out decision.

The INFJ combines all the character traits just described in one person. The INFJ personality type is also called an "advocate" because of his strong sense of justice, idealism and empathy.

The INFJ personality in detail

Advocates appreciate living a life without a façade. They stand up for themselves and want to be equally respected by those around them. They act quietly and thoughtfully, but quietly accomplish great deeds. They fight tirelessly for their idealistic convictions without losing their faith in the good.

"Help me help you." This could be the INFJ's motto in life.

The strengths of the INFJ

The undeniable strengths of INFJ personalities include determination, idealism and empathy. They stick to their goals until they achieve them. In doing so, they are never inconsiderate, but are always mindful of the needs of others.

INFJs are considered to be particularly social and empathetic. They sense how their counterpart feels and are able to respond sensitively to their emotional state. Other people therefore feel safe with them. INFJ personalities feel the need to make the world a better and more lovable place. They have precise ideas about how to achieve this goal.

Furthermore, their sharp judgment should be emphasized as a strength. Their intuition helps them to assess situations correctly. However, they do not rely exclusively on their gut feeling. The personality part of the assessor checks all the facts very carefully. The combination of fact-checking and intuition makes them confident in making decisions.

The weaknesses of the INFJ

However, in addition to all the positive qualities, there are specific weaknesses. INFJs tend to neglect their own needs. Since their focus is always on fighting for their beliefs as well as the well-being of others, they eventually reach a breaking point. Once this is exceeded, symptoms of exhaustion may appear.

Chronic stress has been shown to promote a variety of physical and mental illnesses. INFJs are particularly prone to psychosomatic complaints and burnout. This is underlined by a study of the Max Planck Institute.

The Advocate's susceptibility to emotional discomfort is due in no small part to his sensitivity. If this personality type is criticized, they take it very much to heart. They lack the ability to separate themselves emotionally. They find it difficult to deal constructively with conflict.

INFJs do not like quarrels. If possible, they avoid criticism and personal conflicts. If the latter is not possible, they often react inappropriately and irrationally. This is true in both personal and professional life. Moreover, these personality types very reclusive. They define themselves mainly by their ideals. It is difficult for them to open up to others as human beings.

Climbing the career ladder is secondary for INFJ personalities. They often discover early on that typical career paths do not conform to their desires and beliefs. Young people of this personality type often have difficulty making decisions when it comes to choosing an education. They develop umpteen different perspectives on what they want to do with their lives.

The latter is both inspiring and sobering at the same time; after all, not every plan can be put into practice. The most important thing for advocates is to be able to see a deeper meaning in their work. If this is not the case, they become unhappy. They don't do much for personal gain. INFJ personalities therefore often work in health care and social professions in general.

In addition to the meaningfulness of their work, what they need most is independence. It is difficult for them to adapt to the guidelines of others. That's why INFJs are well suited to management positions. Many of them also become self-employed after a while. The latter is usually even more satisfying for them.

Professional self-employment is optimal for INFJs

As part of their professional independence, advocates experience the freedom to add a personal touch to their work. Since they usually put their heart and soul into their work, this is particularly fulfilling. The step into self-employment goes hand in hand with enormous personal growth. The experience of being able to bring about change through one's own efforts is in line with the INFJ's goal in life.

A study of the Leibniz Centre for European Economic Research has looked into the question of what kind of people become self-employed. Here it is noticeable that essential characteristics of the INFJ type are mentioned.

In addition to their frequent presence in health care, one can find many advocates in the field of expressive arts. They are, for example, writers or musicians. In this way, they manage to convey their messages to the world. With the help of their art they want to convey important values. Fame and profit are not important to them.

Hardly any other personality type is as conscientious in choosing a partner as the INFJ. Noncommittal flirtations and superficial relationships are abhorrent to him. He wants a deep, unshakeable basis of trust. Accordingly, he takes his time until he has found a person who is able to meet these requirements. Once Advocates have found a partner, the relationship is characterized by sincerity and loyalty.

The very precise demands of the advocate make him choosy. Especially in the getting-to-know-you phase, it's easy to scare him off with seemingly trivial things. You should never try to manipulate an INFJ in your favor. Because of his sensitive antennae he will notice it immediately. Manipulation attempts and untruths are not forgiven by the INFJ. A relationship is often over after this.

INFJs are empathetic and loyal partners

INFJs invest a lot of time and emotion in their love relationship. They want to make their partner happy in every way. They are very passionate and are not afraid to express their affection in words and gestures. If you know an INFJ as a partner at your side, you can consider yourself truly lucky. He shows you unaffectedly how important you are to him.

The desire for connection is also expressed in the sexuality of the INFJ personality. Purely physical passion is not enough for him. Rather, he wants to merge with his partner physically and emotionally. Sexuality without love is therefore out of the question for him.

Despite their introverted side, Advocates generally have no difficulty getting to know potential partners. In their circle of friends and acquaintances they are considered friendly, helpful and warm-hearted. They do not let themselves be influenced by prejudices, but make up their own minds. The fact that they are nevertheless sometimes single for a long time is due to their high standards.

How rare is the INFJ personality type?

INFJ personalities have rarity value. They make up only about 1 % of the population. The likelihood of you being an INFJ yourself is accordingly low - but by no means impossible. The reasons why INFJs are so rare have not yet been conclusively determined. There are several possible causes.

On the one hand, the personality traits are very complex. Some aspects even seem contradictory at first glance. A good example of this is the simultaneous presence of intuition and fact-based judgment. Most people are either intuitive or rational. The INFJ combines both abilities without them contradicting each other. On the contrary, they actually complement each other. This is quite rare.

Another factor for the rarity could of course be the test system as such. The Myers Briggs Test is based on an extensive questionnaire that each participant fills out on his or her own responsibility. Of course, it can never be guaranteed that all answers are true.

For example, many people prefer to portray themselves as extroverts, even though this is not true. The INFJ, however, has a strong introverted personality component. If the corresponding questions are not answered honestly, the result can be distorted. The INFJ is not recognized.

Did you know that many important people in history can be clearly classified as INFJ personalities? Now that you are informed about the characteristics of the INFJ, you will surely recognize some typical characteristics of subsequent persons:

Want to find out more about your personality?

Besides the Myers-Briggs Test exist numerous other models of personality. One of the best known and most popular models is the so-called DISC test. This is based on the latest scientific findings. Behind the four letters is an easily applicable principle that enables you to understand the characteristics of different types of people and to deal with them in a goal-oriented way.

The acronym DISG stands for the following:

Every person has all four personality traits, but in different weights.

What's the point of finding out what personality type you are?

The DISG model is uncomplicated yet insightful. By learning to understand the reasons for your own behavior and the behavior of other people, the better interpersonal communication goes. For this reason, many large companies like to use the DISG model.

The DISG test helps you to harmonize your outer and inner self-image. Only in this way can you develop your full potential. If you are curious, then we recommend that you our free personality test. This comprises 16 questions and takes about three minutes. Short and compact - but very accurate and reliable!