5 Weaknesses of Narcissists: How to Deal with Them 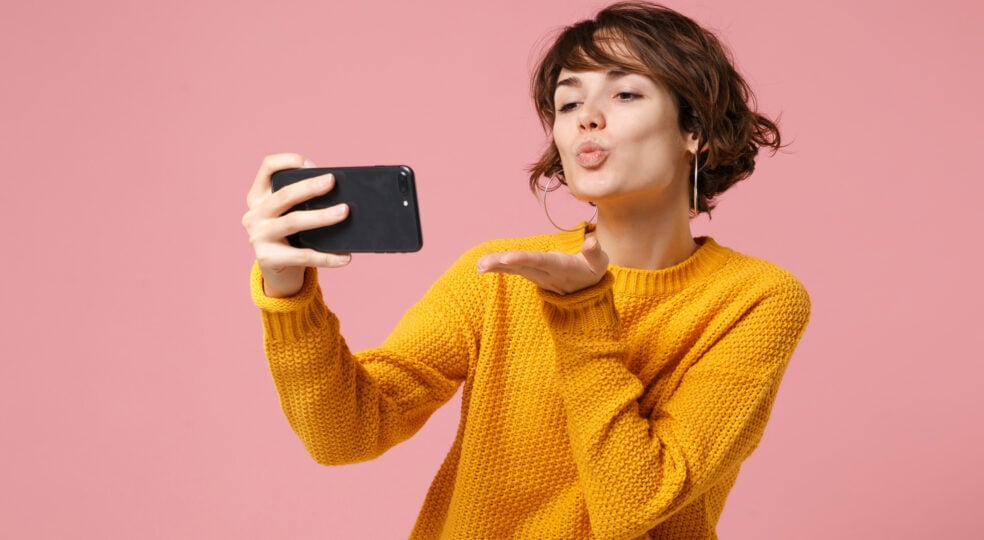 Narcissists are extremely unpleasant contemporaries who are characterized by selfishness and ruthlessness. In their dealings with other people, they are always concerned with their own advantage. You may be reading this article because there is someone in your environment who meets these criteria - whether at work or in your private life. Below we would like to tell you more about the 5 weaknesses of narcissists.

However, not everyone who appears conceited and self-absorbed is necessarily a narcissist. Narcissistic personality disorder has a prevalence of 0.5 % to 2.5 % in the German population, depending on which diagnostic criteria are used.

Narcissistic traits However, we encounter them far more frequently in everyday life. Moreover, not all narcissists are the same.

No matter what kind of narcissist you are dealing with, they all have one thing in common: they manipulate their environment, make you feel insecure and rob you of your zest for life and energy. To deal with the 5 weaknesses of narcissists will help you to defend yourself.

5 weaknesses of narcissists you should know about

Narcissists are not looking for a honest Friendship or partnership. For them, other people are an instrument for self-affirmation, which they want to harness for their own purposes. In particular, highly sensitive characters who have few Self-confidence often fall into the clutches of narcissistic partners.

To get out of such a Relationship or friendship is difficult, but by no means impossible. The key is to recognize the weak points in order to better protect yourself. But even if you intend to stay in contact with the narcissistic person, you should know the 5 weaknesses of narcissists to be able to react appropriately in difficult situations.

1. the addiction to attention

Narcissists love to be in the spotlight. They are often charming at first sight, quick-witted and eloquent. However, closer contact reveals the manipulative streak as well as the Indifference towards other people's feelings. Sometimes it is just a subtle feeling: you feel small, bad and inferior in the presence of the narcissist.

Narcissists need the attention and confirmation of their environment like the air they breathe. If this does not happen, they become aggressive or depressive, depending on their type. Depending on what you want to achieve, you can use this fact in two ways.

The first option is to simply turn the proverbial tables: Wrap the narcissist around your finger with the help of cleverly chosen compliments so that you can use him for your purposes without him noticing. Whether you want to put yourself on the same level morally, however, remains questionable. In some situations, however, there is no alternative to averting harm.

The second option is to punish the arrogant behavior with ignorance or contradiction. There is nothing worse for a narcissist than being ignored! In this way, you reverse the balance of power. Contradictions are also a good way to put a damper on arrogance: "I don't believe you did XY."

2. the inability to self-reflect

To get their own Uncertainties narcissists avoid questioning their behavior. If there are conflicts, these people never look for the fault in themselves, but always in others. They do not consider the possibility of being in the wrong themselves. Accordingly, they react extremely sensitively to criticism.

If you criticize a narcissist, he will either ignore you as punishment or manipulate you in such a way that you end up blaming yourself and, in extreme cases, even the Need feel the need to apologize. The following statements are typical:

With this behavior, however, the narcissist harms not only the people around him, but also himself. Through the unwillingness to self-reflection, he takes the opportunity for personal Growth. The latter forms the basis for professional success and true happiness in life.

It is not easy to counter the skillful manipulation. One effective measure is to ask the narcissist to explain the reasons for his behavior in more detail. Since he can't do this, you reliably put him off his guard.

Narcissists prefer to hear themselves talk. They are in no way interested in the experiences and stories of their fellow human beings. If another person is the center of attention, they can hardly stand it, because they feel cheated of the undivided attention they think they deserve. So they will try everything to dominate the conversation.

The narcissist looks for anchor points in your narrative where he can plug in to tell his own story. He interrupts you whenever he wants. The narcissist literally runs his mouth over people with little self-confidence. But you don't have to put up with that at all. Point out to him politely but firmly that it's your turn now.

Consequently, conversations with a narcissist are very one-sided because they cannot and will not listen. This weakness robs the narcissist of a great opportunity to learn new things and take other perspectives. The narcissist's thoughts only revolve around his own views, which means that his personal growth falls by the wayside.

4. the greed for status symbols

One of the 5 weaknesses of narcissists is greed. A narcissist craves financial and material wealth in order to impress those around him. However, it is more appearance than reality. Narcissists suffer from a very low Self-esteembut they would never admit it. The excessive accumulation of material possessions is a desperate attempt to compensate for this.

But even the most coveted professional position as well as the most exquisite status symbols, e.g. an expensive car or designer outfits, will not fulfill a narcissist. Inwardly he remains empty and unhappy. However, in order to achieve a supposedly enviable external image, narcissists go over dead bodies. They manipulate, intrigue and attack other people in order to achieve their Achieving goals.

Once again, the narcissist harms not only his environment with his greed, but also himself. If the hoped-for admiration does not materialize, it is not uncommon for people with narcissistic personality disorder to lose control of their financial expenditures in their delusion of self-importance. What inevitably follows is financial ruin.

Tip: If you are in a relationship with a narcissist and you have a joint account, you should take urgent action in time if your expenses accumulate disproportionately. Since narcissists cannot accept advice, let alone criticism, your first priority is to protect your finances.

Narcissists are not able to empathize with other people. If their fellow human beings feel suffering and pain, this leaves them completely cold emotionally. Therefore, they often appear aloof and heartless. Sometimes they even smile at people who are in a bad way in order to boost their own ego. Put simply, the more you suffer, the more comfortable the narcissist feels.

Because of this behavior, individuals with narcissistic personality disorder are unable to form sustainable relationships based on empathytrust and mutual understanding. Rather, the narcissist looks for a supposedly weaker partner who admires him and from whom he can feed his low self-esteem.

If he does not find a suitable victim, he is threatened with the Loneliness. Without an admirer, the narcissist has lost the meaning of his life. He reacts aggressively or falls into deep depression. Basically, narcissists are very pitiful and lonely people, but they would never admit this to themselves.

The narcissist in the couple relationship

To have a happy partnership with a narcissist is practically impossible. He is not interested in love, but in power and admiration. The partner is deliberately kept small for the benefit of his own ego. If you do not resist this degrading and empathy-less treatment, you will be threatened by the following strong self-doubt to mental illness.

5 Weaknesses of Narcissists: Don't Let Them Manipulate You

Trying to deal constructively with a narcissist is a futile endeavor. This is true in both the professional and private spheres. In order to survive dealing with a narcissistic person as harmlessly as possible, you should know the 5 weaknesses of narcissists, which we have now familiarized you with.

On the one hand, knowing the 5 weaknesses of narcissists helps you to expose them as such in the first place. They are not always easy to recognize. Especially at the beginning, people with a narcissistic personality disorder act extremely charming. However, if you know about their greatest weaknesses, you can stop them before they harm you or others.

The Achilles' heel of the narcissist is his Admiration addictionThis is reflected in all the weak points I have explained. If you punish him with ignorance or let him know openly that you are not impressed by his arrogant behavior, you reliably withdraw the power of a narcissistic person so that he can no longer manipulate you.