What are the characteristics of the INTJ personality? 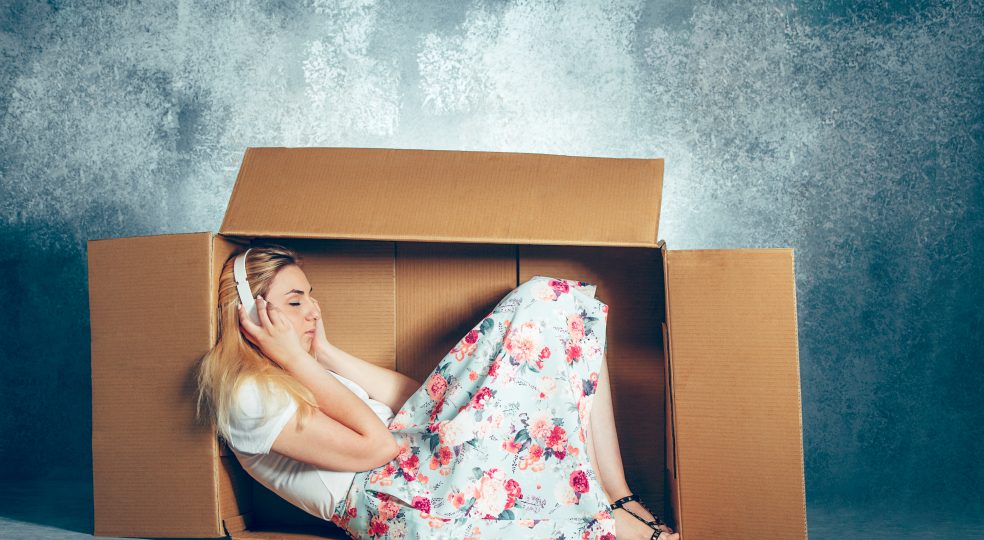 DISC personality test can help you gain clarity about your character traits and resulting behavior patterns. A well-known model for this is the so-called Myers-Briggs Test. This distinguishes between four dimensions, two of which can be combined with each other. In total there are 16 personality types.

In the following article we will deal with the INTJ personality. This is a particularly rare type, which corresponds to only 2 % of the population.

What does the INTJ abbreviation stand for?

The INTJ abbreviation stands for the following personality traits:

Let's look at the individual character traits ...in detail:

People with the INTJ personality type are introverts. This means that they like to withdraw from the hustle and bustle of the environment in order to gather new strength in silence. They love to escape into their own world of thoughts. This is usually very imaginative and profound.

INTJs like to rely on their gut feeling. They have fine antennae, so that they are often able to correctly assess unclear situations. They have a pronounced access to their subconscious. Intuitively, they know what is right without there having to be any tangible reasons for it.

When INTJ personalities are faced with important decisions, they consider logical arguments instead of emotional sensitivities. They examine issues carefully and are not swayed by emotions. They are perceptive and able to think analytically. Usually, small clues are enough for them to understand complex issues.

INTJ personalities appreciate clear structures. They find it difficult to tolerate uncertainty and haphazard idleness. They don't like to be surprised by situations and take measures, if possible, to ensure that the latter doesn't happen. It is a Need, to bring activities to completion once they have been started. They are very conscientious.

Because of all these qualities, the INTJ personality is also called an architect.

The INTJ personality at a glance

People of the Architect personality type stand out for their outstanding strategic and analytical skills. The INTJ is mostly male. Women make up only 0.8 % of INTJ personalities. In addition to their acumen, they impress with their high intellect, which allows them to get through life easily. However, they rarely find people who can keep up with them.

Another characteristic of this personality type is its pronounced inquisitiveness. Even as children, INTJs are extremely curious. They want to understand the world. In doing so, they tend to question everything. They have no sympathy for entrenched, non-beneficial restrictions and traditions.

The strengths of the INTJ personality

The INTJ has numerous features that it can benefit from in daily life. These include:

INTJ personalities view every new situation as an opportunity to expand their store of knowledge. They take great pride in their rational and solution-oriented way of thinking. They overcome even difficult problems in the blink of an eye.

INTJ personalities think nothing of rules and conventions. They shape their lives in their own way. Those who over conform are doomed to mediocrity in their eyes. Architects, however, aspire to something greater. They rely on their own strength. They do not need encouragement from other people.

INTJs do not let feelings get the better of them. By always checking all the facts, they can defend their views against any outside resistance. They inform themselves comprehensively and always know what they are talking about. Their decisions are fundamentally evidence-based.

People with the INTJ personality type are always eager to expand their knowledge. If tangible facts show them that they are wrong about certain things, they correct their opinions. These people are attracted to tricky problems or controversial views. They feel the need to find out the actual facts.

Since architects are not afraid of any challenge, they can in many areas be successful. This applies to both private and professional matters. Her innate curiosity inspires her to always discover new things.

The weaknesses of the INTJ personality

In addition to all the positive features, let's now take a closer look at the INTJ's weaknesses:

Since architects only refer to hard facts and can do nothing with emotional points of view, they not infrequently appear hypothermic to those around them. They are impatient and prejudiced against people who show emotions. This can lead to conflicts in interpersonal interactions, which can result in several scientific studies was occupied.

The self-assurance of architects can turn into arrogance. They may have extensive knowledge, but they are still by no means infallible. Those who are too sure of themselves become deaf to the views of other people. INTJs tend to view other people as inferior because they feel intellectually superior to them.

INTJ personalities have great difficulty following rules that they do not consider reasonable. This is equally true when it comes to accepting authority figures. Sometimes INTJs exhaust themselves in endless discussions about why certain rules are pointless. This robs them of energy for important things.

INTJs believe that expressing emotions is a sign of weakness. Therefore, they do not tolerate emotional outbursts of others. They sharply criticize this and are unwilling to understand the background.

Basically, it's self-explanatory: if you reject emotion, you can't be much of a romantic. When architects get to know someone, they often feel... overwhelmedas soon as the (potential) partner longs for warmth. They hide their helplessness behind sharp cynicism. This breaks up the relationship before it has really begun.

INTJs would never admit that they are under Commitment Anxiety suffer. In fact, the term Fear not fully applicable in this context either. Instead of fear, it is rather the unwillingness to deal with something that is difficult to fathom rationally: namely, emotions. A scientific A study conducted by the University of Bochum provides interesting insights into this.

The INTJ in interpersonal relationships

In love, the architect acts as if he were trying to solve a professional problem. He approaches the subject of partnership strategically with clear plans and a precise weighing of benefits and risks. As soon as he realizes that interpersonal relationships cannot be planned in this way, he backs out. The unplannable development and emotionality of a love relationship frighten him.

INTJs have almost perfectionistic, usually unrealistic expectations of a future partner. They cannot accept any situation as it is. They always feel the urge to optimize everything and everyone. Finding a person who can (and wants to) tolerate this is difficult.

However, once the architect has found a partner and sees potential in the relationship, he will give everything to make the other person happy. Since classic romance is not in his blood, he finds unconventional ways to do this. With very much Patience he may even succeed in accessing his own emotions through his partner.

Architects are born careerists. They don't settle for just any job just to be able to pay the rent. Instead, they crave a position of responsibility where they can shine with their knowledge and skills. They feel that professions in which this desire is not satisfied are a waste of their life time.

Beginners of this personality type struggle with the simple auxiliary tasks they are assigned as trainees. The low frustration threshold can be a hindrance when it comes to winning the favour of superiors. However, the latter is necessary to gain the freedom they desire. Nevertheless, because they quickly acquire expertise and competence, INTJs quickly climb the career ladder.

INTJ personalities prefer individual work. In the context of teamwork, they find themselves confronted with too many emotions. Moreover, they have little confidence in other people. They therefore prefer to take important tasks into their own hands. INTJs always do their work conscientiously and full of commitment - provided, of course, that they see a purpose in the activity.

Favorite occupations of INTJ personalities include:

In all these professions, logical and analytical thinking is essential: perfect for the INTJ personality type.

Curiosities about the INTJ

Below we have compiled some curious and interesting facts about the INTJ personality:

1. People with this personality type are less likely to develop heart disease: I wonder if this is due to a lack of emotionality?

2. INTJs almost never believe in higher powers or spiritual forces. Anything that cannot be proven factually is humbug in their eyes.

3. INTJs tend to have a high level of education.

4. INTJS are among the highest income people.

6. Most female entrepreneurs are INTJ personalities.

7. They dominate the scientific and technical professional fields.

Source: MBTI Manual: A Guide to the Development and Use of the Myers-Briggs Type Indicator, 3rd Edition - Isabel Briggs Myers.

How rare is the INTJ personality type?

As mentioned at the beginning, INTJ personalities are very rare. They are the second rarest type in the Myers-Briggs system. In terms of numbers, this means the following:

There are numerous prominent examples of typical INTJ personalities. Now that you are familiar with the most important character traits, you will better understand the demeanor of the following individuals:

Want to find out more about your personality?

The occupation with one's own Personality type is very exciting and informative. You can use the insights gained to improve your Achieving goals. After all, in order to change anything, you first need to know what behavior patterns are blocking your personal success.

Besides the Myers-Briggs test, we recommend the DISC personality test. This is scientifically based and is often used in large corporations. The DISG test is primarily concerned with communication behaviour. Surely you have already noticed that you can talk to some people animatedly right away and do not warm up to others even after years.

DISG distinguishes four different types of communication. The abbreviation stands for the following:

The above types denote the four basic tendencies. Furthermore, a distinction is made between 20 mixed types in order to represent the character traits even more precisely.

How can you benefit from the DISG personality test?

The DISG personality test allows you to take a deep look into your own personality. You understand why you always act in a certain way in certain situations. You learn to minimize weaknesses and build on strengths. In addition, your communication behavior improves, which gives you advantages in the interpersonal area.

Have you become curious? Then we would like to introduce you to our free personality test ...to your heart: